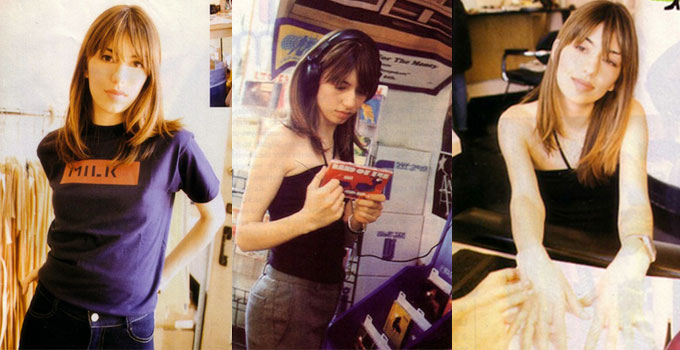 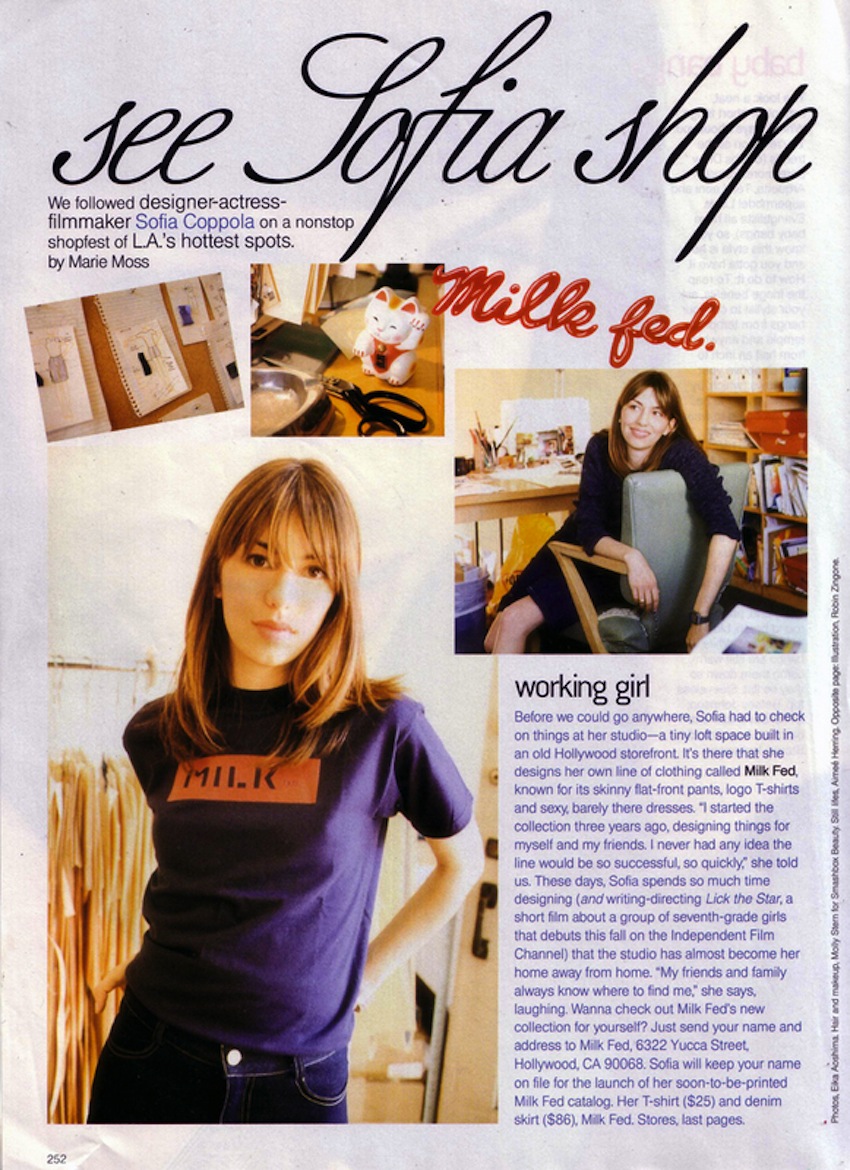 I barely remember Sofia Coppola’s Milk Fed clothing line, but I do remember how much I wanted it. In particular, the ‘Milk’ t-shirt she wore in this 1997 Seventeen article that followed her on a shopping jaunt around Los Angeles. I remember reading this at some random Central Perk-like coffee shop in Calgary and thinking, “I want to be her.” It was before The Virgin Suicides put her on the serious Hollywood auteur list. She was a cool L.A. girl in her 20s who occasionally acted, hung out with Kim Gordon, and designed Milk Fed’s babydoll dresses and graphic tees. In hindsight, the line was nothing special, but it was also everything.

As was this article. Sofia starts her day beautifying at the “retro-chic but totally laid-back” Delux (also frequented by Drew Barrymore and Courtney Love). Like every cool ’90s girl, Sofia then heads to Chinatown for some cheap-and-cheerful tank tops and beaded velvet slippers, which were required wear back in the day in my art school. She hops over to an indie boutique and picks up a spaghetti-strap white camisole and a dainty red knee-length skirt, before heading over to Wasteland vintage shop to make use of their black-and-white photo booth (really, the ’90s selfie and, like, way better).

No cool ’90s girl would spend her day off without hitting up the local music store. Sofia stocks up on the latest from Money Mark and Tricky, and the article tells us that Keanu Reeves and Matt Dillon (both babes!) also shop there. She finishes a day off with some literary finds of very predictable nature: Gustave Flaubert’s Madame Bovary and J.D. Salinger’s Franny and Zooey. Sofia forever. 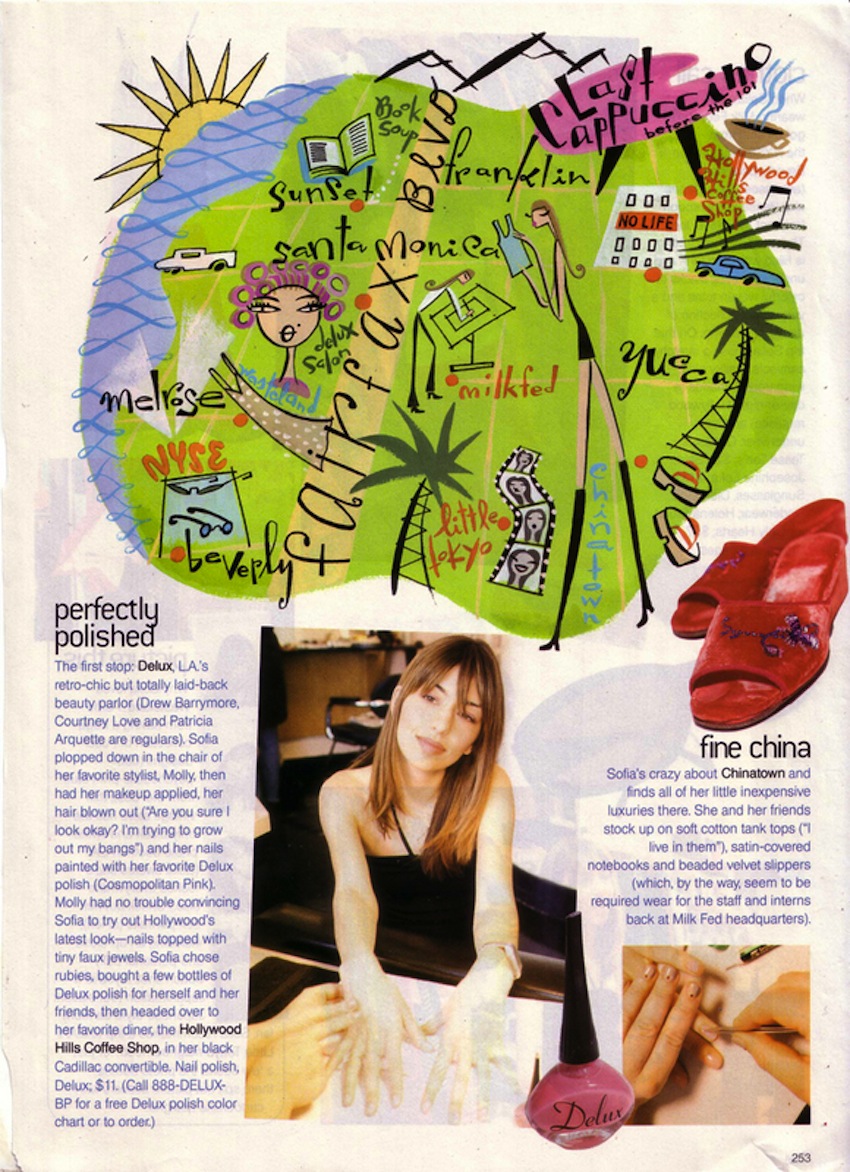 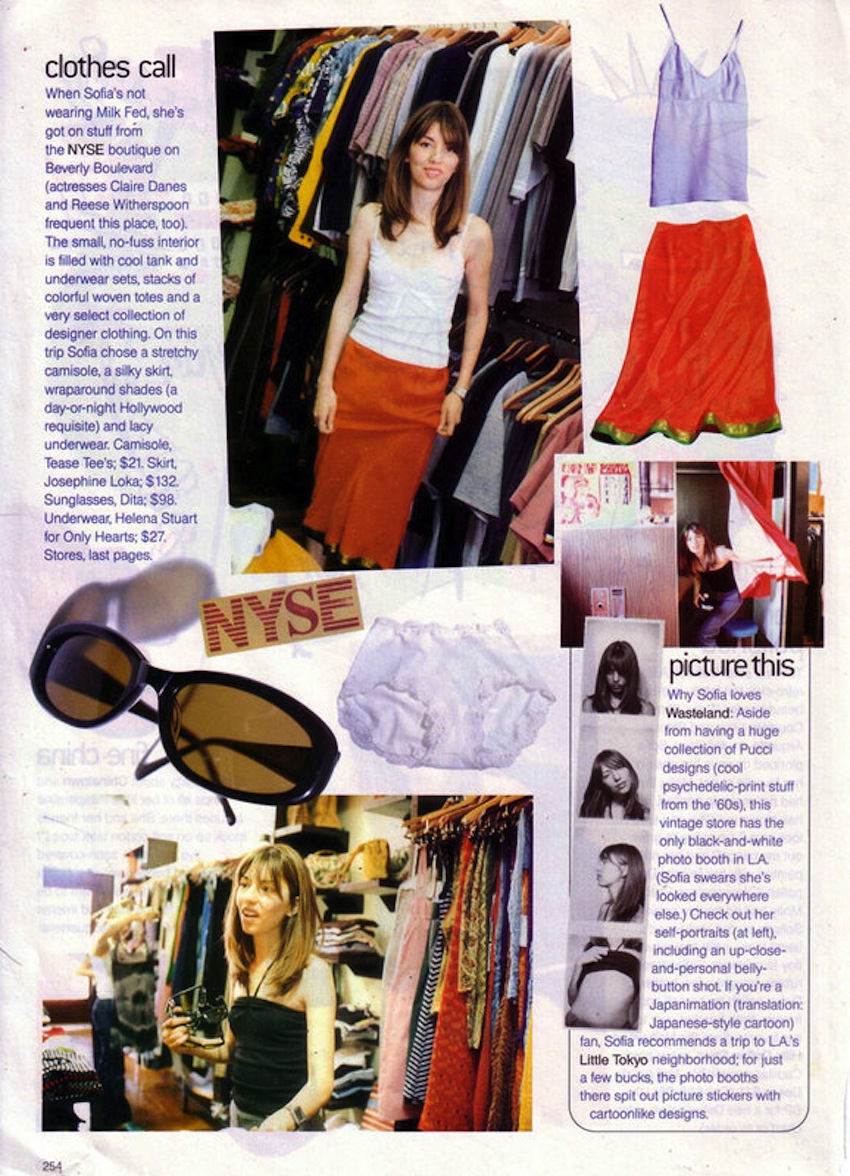 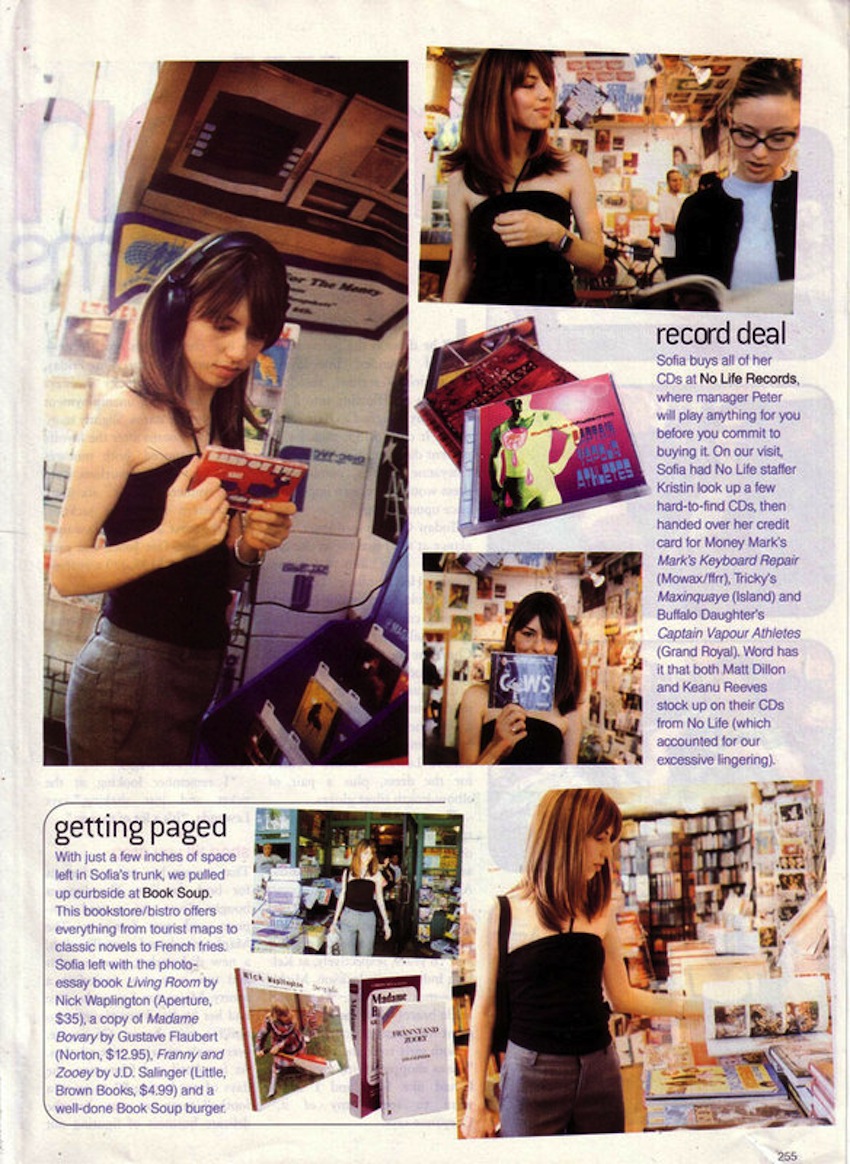 P.S. Apparently, Sofia sold the rights to Milk Fed and it’s still a thing in Japan.