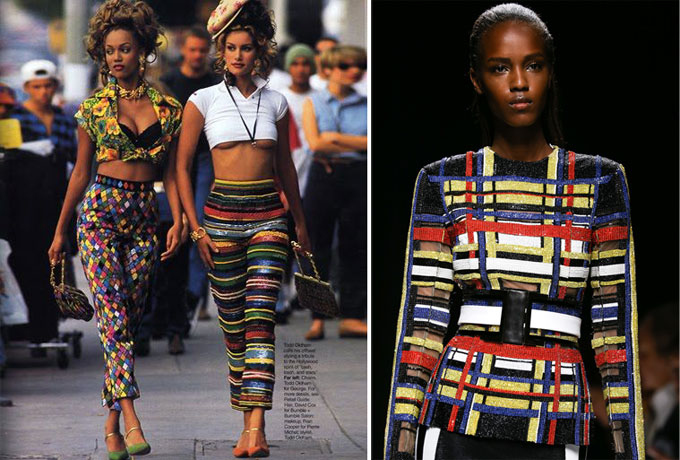 I wasn’t a huge contemporary Balmain enthusiast until Olivier Rousteing took over in 2011. Even then, I was sceptical, of course, because of his association with Kim Kardashian. But, since, my views on both the designer and the reality star have changed — towards positive! (And, yes, I do love the Kimye Spring 2015 ad campaign.) Rousteing is smart, streamlined, with just enough visual noise to keep the always-sexy Balmain unique season after season.

The incoming Spring collection is also a throwback to my favourite decade in fashion, the ’90s, with its curious resemblance to one of the fashion stars of yesteryear, Todd Oldham. It’s definitely not a knockoff and it’s probably not even intentional, but I couldn’t help but draw a comparison to Oldham’s signature flamboyant stripes. 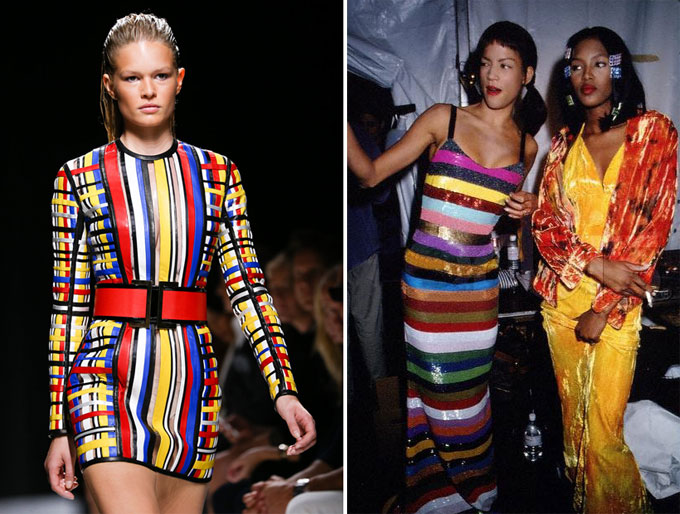 Balmain images via style.com. Vintage Oldham from here and here.