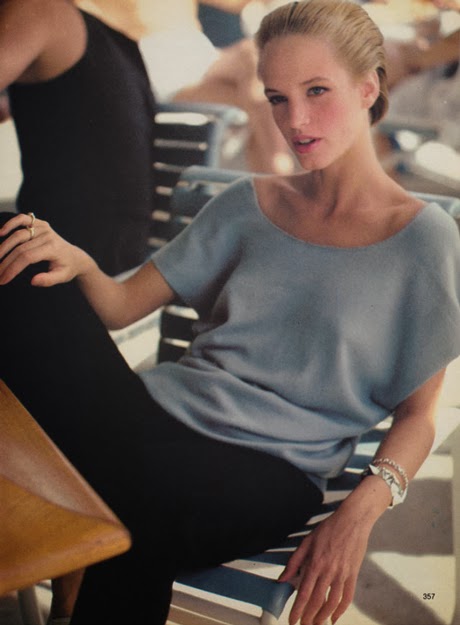 While reading Grace Coddington’s autobiography, a designer name that I didn’t recognize kept popping up. “Zoran made minimal and clever clothes and the quality of his cashmere was fantastic,” wrote Coddington when describing the new wave of American minimalists in the early 1980s. He came up again a couple weeks ago in a Cathy Horyn T Magazine piece, “Slave No More,” on the rise of so-called comfortable fashion. A) I love minimalism; B) Zoran is also my dad’s name. A quick Google search told me that critic Suzy Menkes was also a fan. So, why is he not a household name? It seems like Zoran preferred to be fashion’s best kept secret.

Zoran doesn’t advertise, and even if he did it’s doubtful it would do much good, since his clothes are almost indescribably plain, consisting of four or five solid colors, all in the same expensive fabrics, like cashmere and Tasmanian wool, yet minimally cut, without zippers or buttons — a uniform, in effect. The look has been described as ”Gap for the very rich.” – Cathy Horyn

The quote above comes from a 1999 New York Times article which also claims that Zoran refused to sell his clothes to Elizabeth Taylor because she requested wholesale prices. “‘How can somebody who makes a lot of money ask that?” he dismissed the late Dame. Ha!

Born in 1947 in Yugoslavia (now Serbia), Zoran Ladicorbic moved to the United States in 1971. Having studied architecture in Belgrade, clothing design wasn’t too far off, and in 1976 he launched his first “Five Easy Pieces” collection: three shirts, one skirt and one pair of pants, all in luxurious crepe de chine. Palette: ivory and black. He subscribed to Mies van der Rohe’s “Less is more” motto and never looked back. In the land of disco dresses and shoulder pads, fashion editors went crazy for it, including Grace Coddington.

Since the ’70s, Zoran’s collections haven’t changed much then. He still works in his New York City, concentrating on private clientele that includes Isabella Rossellini, Lauren Hutton, Queen Noor of Jordan, and countless old money socialites. (Jackie O was also a loyal costumer.) Appointments are hard to get and one has to be in-the-know. (The elusive designer disclosed his phone number a decade ago in an interview with Departures.) So, how much would world class minimalism cost you? His cashmere sweaters range in the $500 plus mark and a coat costs over $2,000 — and these are reported ’90s prices. Seems like a pretty good business plan to me.

Images of his work as extremely difficult to find. So, enjoy this rare Vogue editorial, styled by Grace Coddington, from 1983. If you own a Zoran piece, I’d love to hear about it.