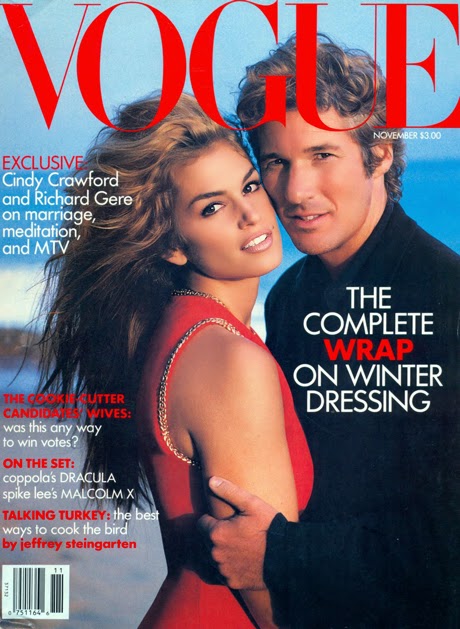 “The Model and the Movie Star” (Vogue, November 1992), photographed by Herb Ritts

In the light of Kimye Vogue controversy, I’d like to do a little time jump to 1992 and the time  supermodel Cindy Crawford and eternal dreamboat Richard Gere graced the cover of the fashion bible. First, can you believe it’s been almost 22 years? I was a preteen when their hotness steamed the newsstands, but I clearly remember the hype behind the gorgeous couple.

Here, in a November 1992 cover story, Vogue had Cindy and Richard frolicking on a beach on a white horse. Photographed by the late Herb Ritts in his signature sultry black and white manner, and styled by André Leon Talley, the couple captures the all-American sexiness effortlessly. (Especially now when compared to wooden-posed Kim and Kanye.

Everyone wanted to be them. Sadly, three years later, they split up. It probably would been cruel to the rest of us if these two magnificent creatures procreated, but I still wish they had. And, my gawd, Cindy’s body. 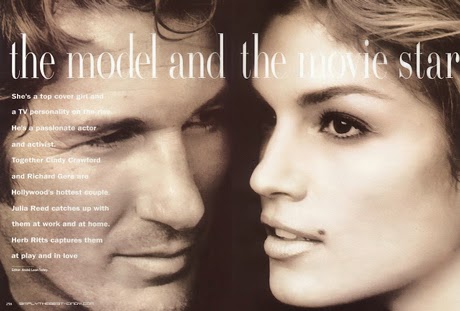 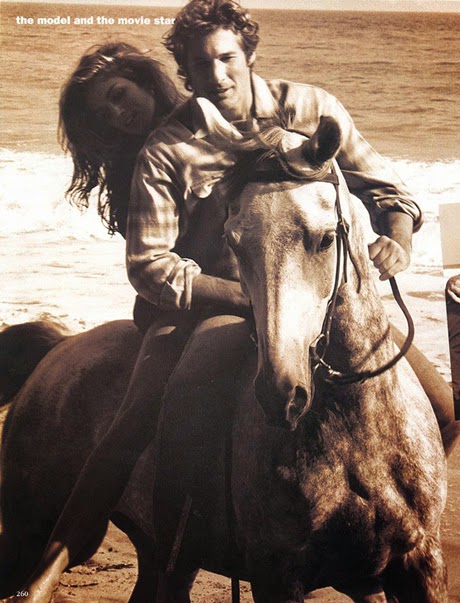 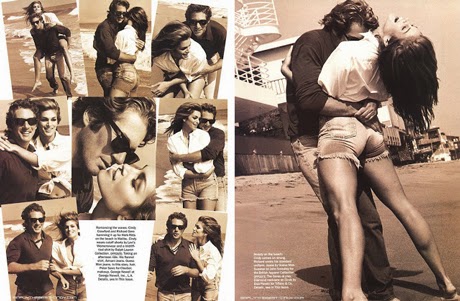 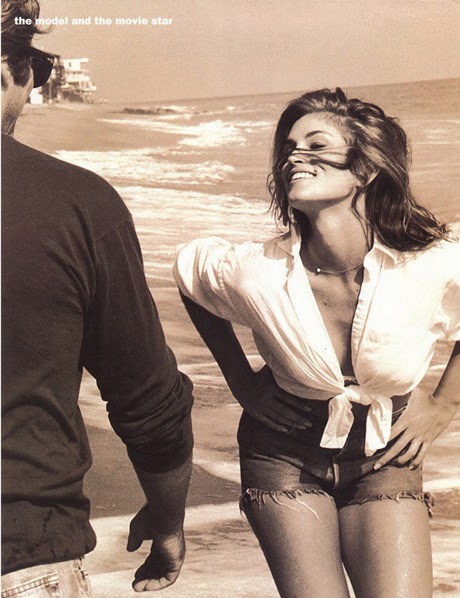