January is a very boring month in fashion. All the fall merchandise is picked over, spring hasn’t arrived yet, and all we have to satisfy our shopping urges are resort collections, which, frankly, are not that exciting when it’s 0°C outside with a rain cloud so dark one would think it was 5pm during lunch hour.
But what we do have are glorious classics. This is one of those special Shoe Wednesday posts that’s meant to be quasi-educational. We’ve looked at Repetto’s ‘BB’ flat, Ferragamo’s ‘Vara’ and ‘Varina’, and now we have the unisex wonder that is Tod’s ‘Gommini’ driving moccasin. 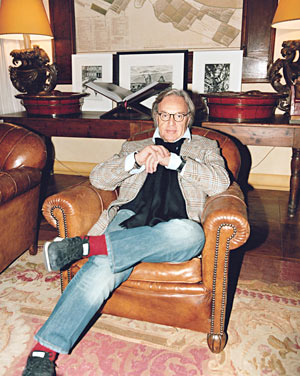 Diego Della Valle, founder of Tod’s (W, March 2009)
‘Gommini’ dates back to the late 1970s, the same time Tod’s was founded. Diego Della Valle, a third generation shoemaker, left a career in law to help his father manage his shoe manufacturing company. Proud of their high quality shoes, Della Valle got the idea to create a pair for Italy’s wealthiest and most stylish gentleman, Gianni Agnelli, a primary shareholder of Fiat and a notorious playboy. Della Valle, being brilliant and all, designed the world’s softest, most luxurious driving (Fiat!) moccasin with 133 rubber pebbles on the sole. Agnelli, of course, was ecstatic and wore it everywhere — and this is a huge deal considering Mr. Agnelli has been voted as one of five best-dressed men in the history of the world by Esquire magazine. How’s that for celebrity placement? 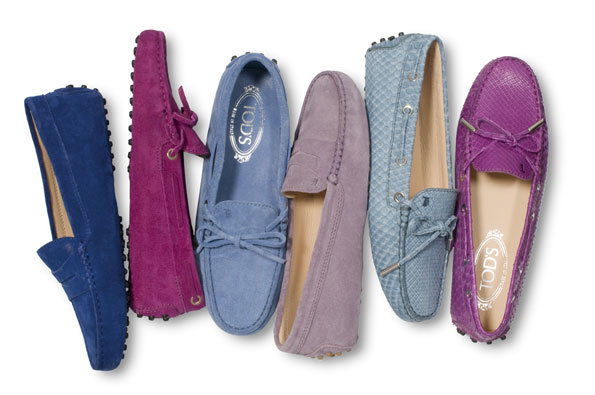 ‘Gommini’ (roughly translated into ‘little bits of rubber’) became the most coveted shoes by Italy’s elite, for both men and women. Having grown Tod’s brand into a major luxury label, Della Valle never compromised his father and grandfather’s values of craftsmanship. Today, this famous moccasin is still made with same intricacies as it was 35 years ago. Its younger bow-adorned sibling, the ‘Heaven’ loafer, was born shortly after.
$445 at My Theresa (available in Canada at Holt Renfrew).