During my visit to Spain last year, I stopped by the Barcelona’s El Museo Textil where I stood in awe of the original designs by Cristóbal Balenciaga. I wanted to rip them off the dressforms and run like the wind. But they are where they should be: in a museum for the world to see.

Sculptural and playful, it occurred to me how ahead of their times these silhouettes were. Broad shoulders, bubble skirts, cropped sleeves – all could be worn today and, most likely, compliment most women’s figures. 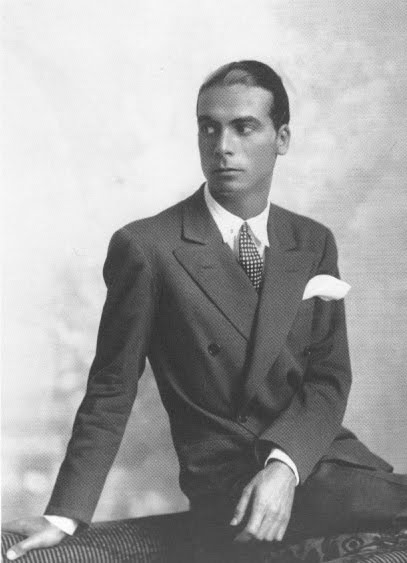 Cristóbal Balenciaga in 1927
Born in a small fishing town in Spanish Basque country in 1895, Balenciaga was taught sewing and cutting by his seamstress mother. By the age of twelve, he was already working as an apprentice for a local tailor, catching an eye of a local noblewoman who sent him to Madrid for formal training in tailoring. He gained immediate success when he opened his first boutique in San Sebastián in 1919, soon followed by branches in Barcelona and Madrid. His designs earned him loyal followers, including the members of the royal family. During the Spanish Civil War, Balenciaga relocated to Paris and opened his couture house on Avenue George V in the summer of 1937. Within a couple of years, even the French couturiers like Coco Chanel and Jeanne Lanvin considered his designs to be revolutionary.
“Certain frocks have waists which are almost wasp-like. Some Balenciaga’s models are pulled in so tightly at this point that the width of the hips is greatly increased in comparison, and this width below the waist is even emphasized on certain dresses with drapery.” – The Times, 22 February 1939 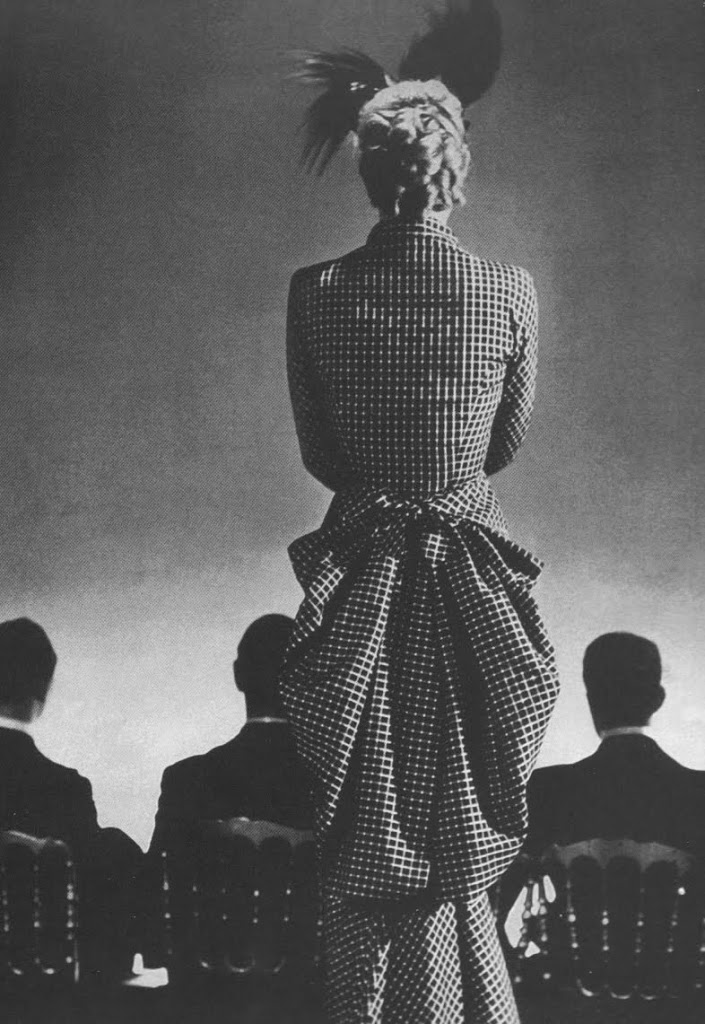 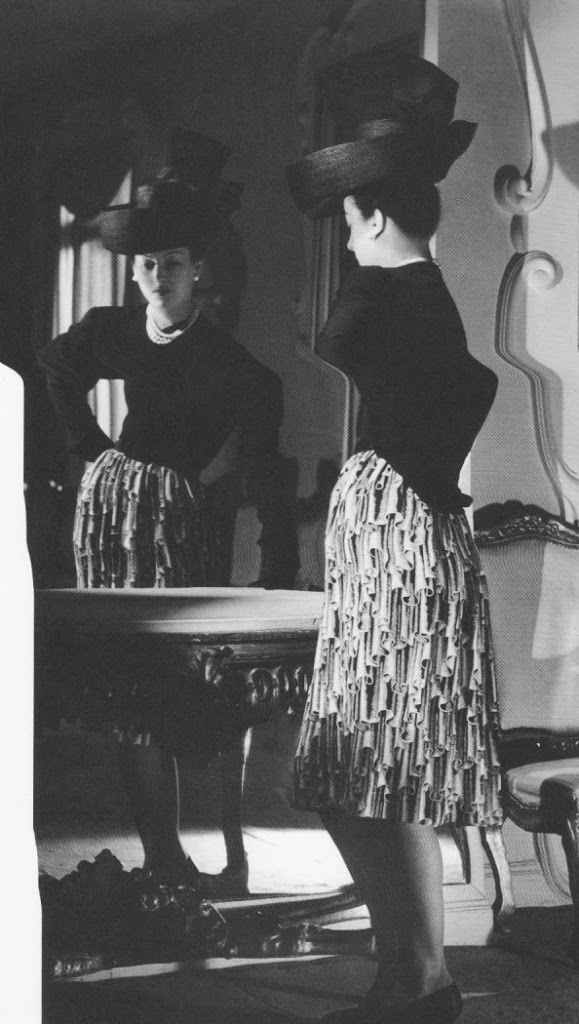 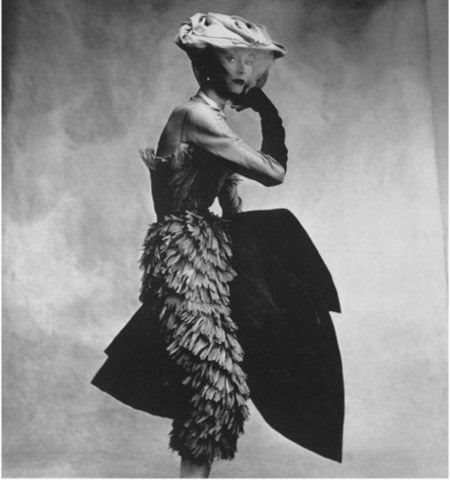 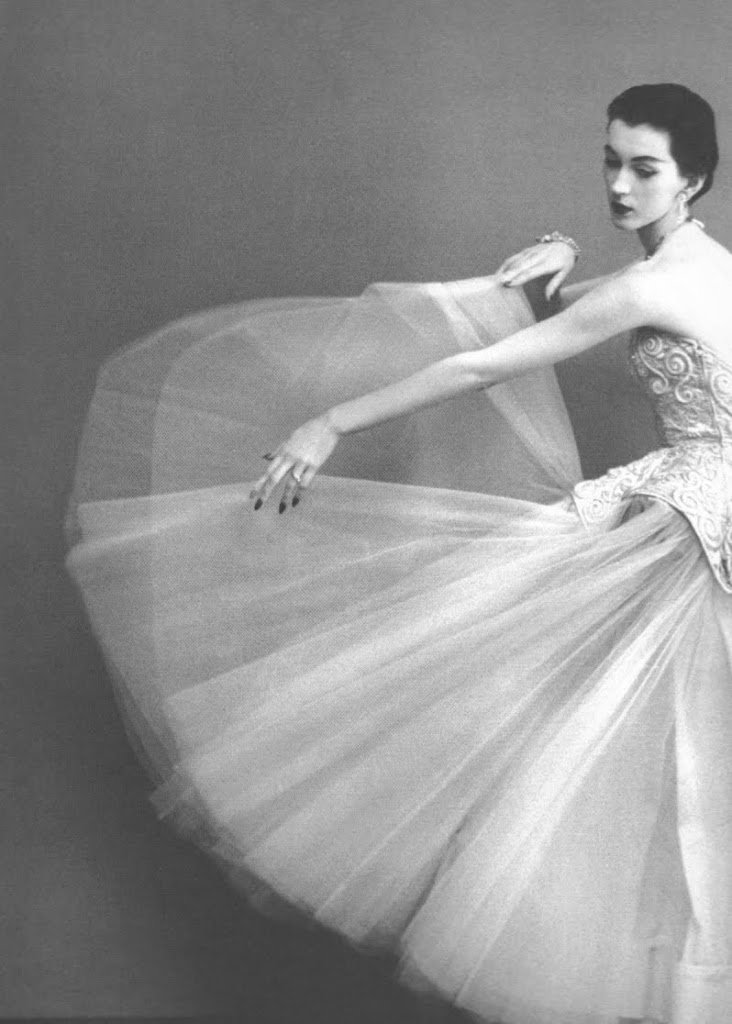 In the mid-1950s, Balenciaga began further experimenting with silhouettes leading to what is highly regarded as his most inventive (and most influential) period. He began broadening the shoulders, cropping the sleeves, and removing the cinched-waist. The shapes gained more volume and drama, becoming Balenciaga’s signature look. 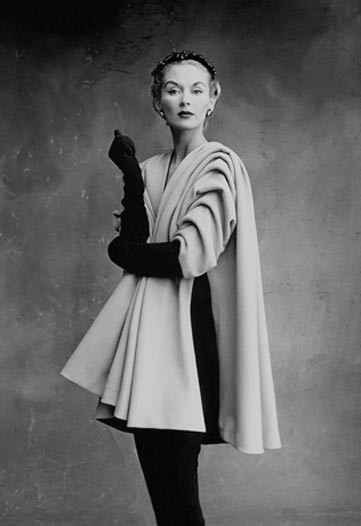 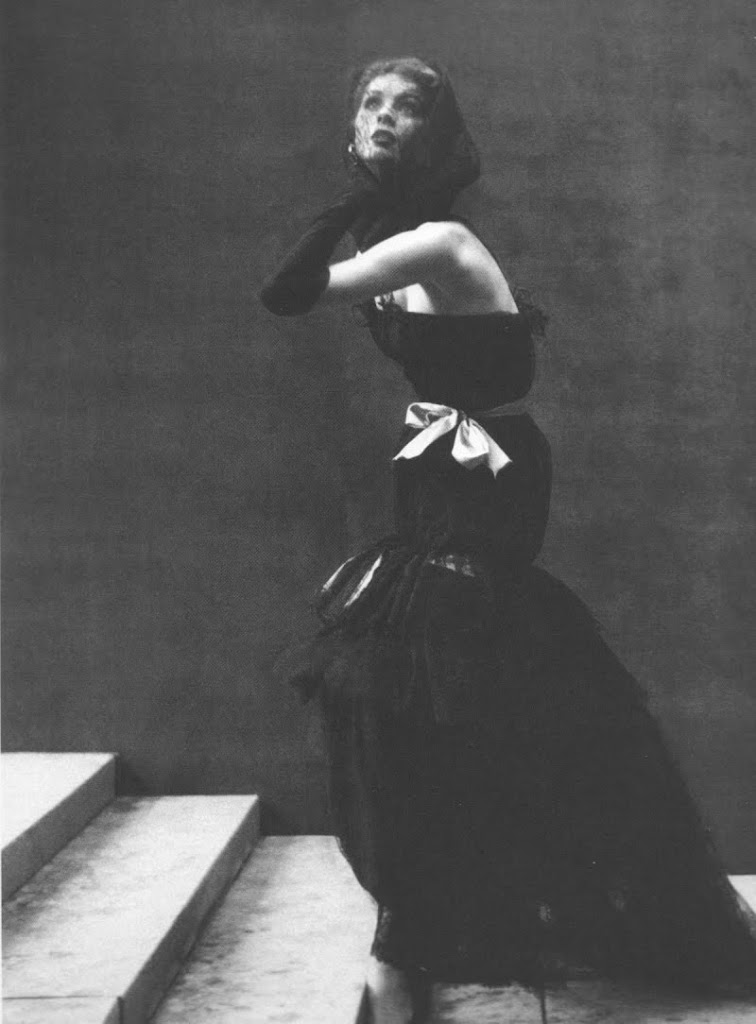 Harper’s Bazaar, October 1952
(photograph by Richard Avedon)
“It’s more than a fashion now, it’s his philosophy: Balenciaga believes that ease is the first corollary of fashion, that a free line is the line. Now the ease of his recent suits is finally crystalized: into ease so definite it sometimes borders in the bloused.” – Vogue, March 1953 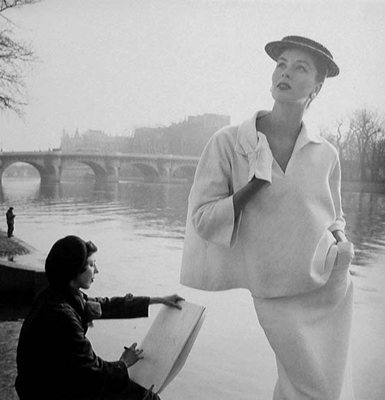 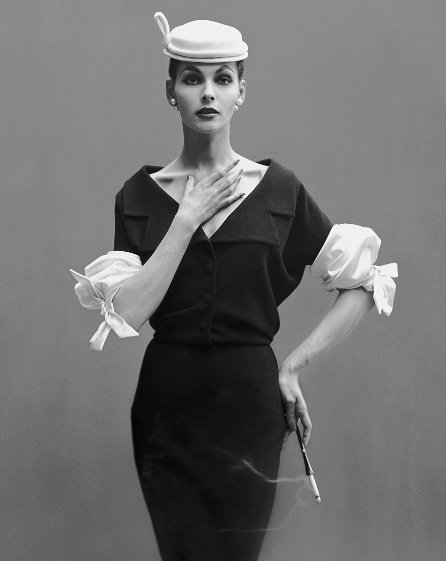 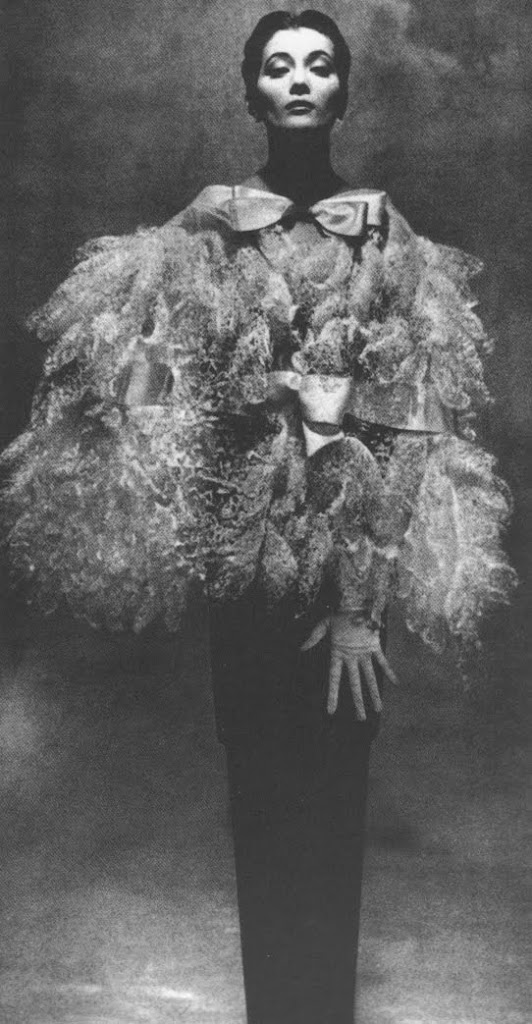 1957 winter collection
(photograph by Harry Meerson)
Balenciaga is responsible for designing both the tunic dress and the baby-doll dress, as well as creating the kimono-style modern coat. His later designs focused on ease and practicality while still maintaining Balenciaga’s dramatic silhouette. 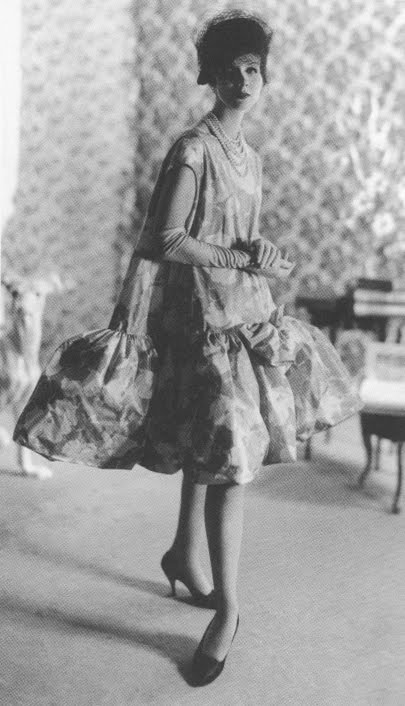 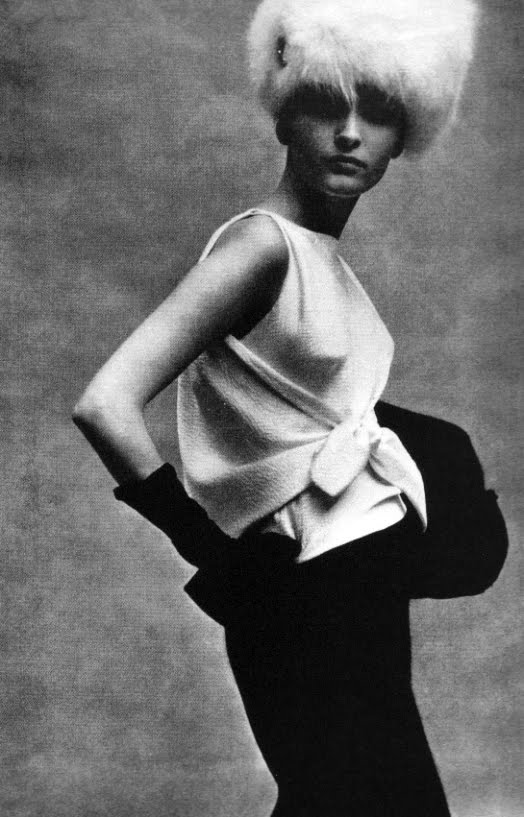 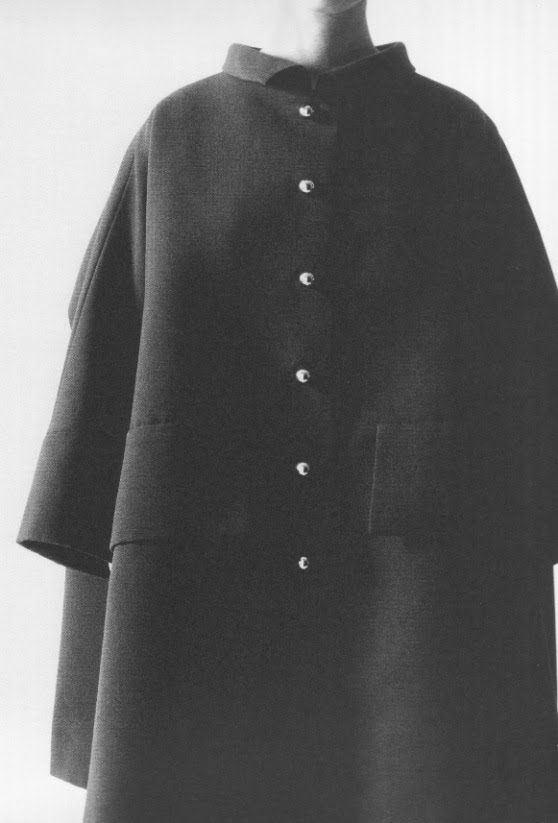 Vogue Paris, May 1966
(photograph by William Klein)
Who were Balenciaga’s so-called “fashion babies”? He is responsible for training some of the greats like Oscar de la Renta, Andre Courreges, Emanuel Ungaro, and the one and only Hubert de Givenchy. Balenciaga retired in 1968 and passed away in 1972, and is still regarded as the greatest couturier of all-time. 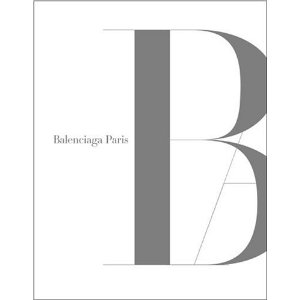