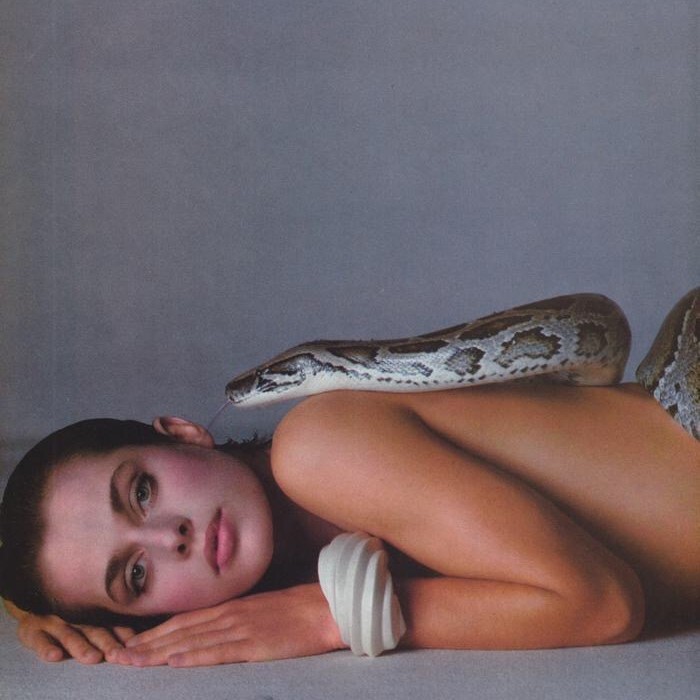 Growing up in Europe, I was always hearing her name, Nastassja Kinski. And it was the most beautiful name on the most beautiful woman. She was one of the biggest stars in Europe throughout the ’80s, first coming to prominence for being a daughter of German actor Klaus Kinski (who turned out to be a fairly gross person) and, well, for dating Roman Polanski (also gross) while she was still a teenager. Nastassja certainly didn’t lack in the talent department, but I’ll always think of her as the devastatingly beautiful blonde in Paris, Texas. And the infamous snake photo below by Richard Avedon.