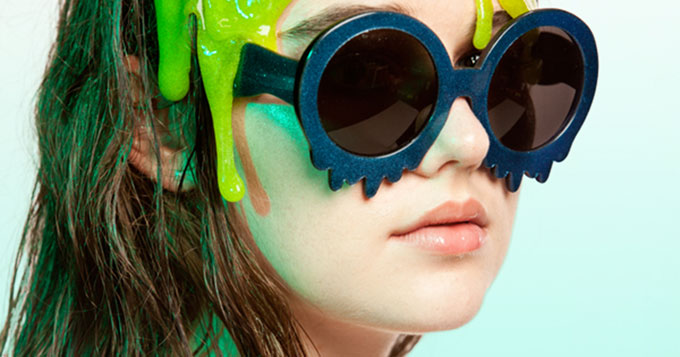 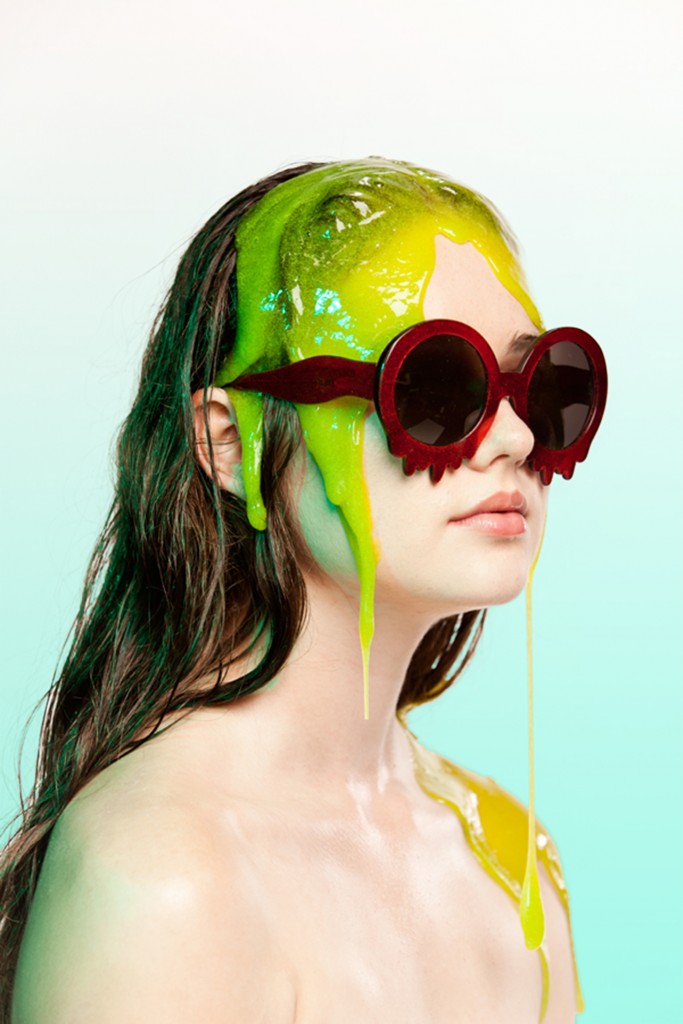 I couldn’t contain my excitement when Toronto-based Hayley Elsaesser showed me a sample of her ‘slime time’ sunglasses. They are playful and clever, like pretty much everything this young designer makes. Attention-demanding with oversized light-reflecting glitter acetate frames, I can’t think of more delightful sunglasses in the past little while. Well, not since five years ago when I missed out on a different pair of melt-y sunnies by another brilliant designer, Swedish gem Ann-Sofie Back. Similar in concept to Elsaesser’s, although much different in shape, Back’s dainty aviator frames were left unmodified while the drippy shape was applied to the glass itself. But we can thank the melty concept to Dutch industrial designer Anna ter Haar, who collaborated with fellow Amsterdam brand Klavers van Engelen on dramatic drippy sunnies in 2008. I’m not certain if these three talented women are even aware of each other’s creations, but I’d happily let any one of them apply some heat to my face. 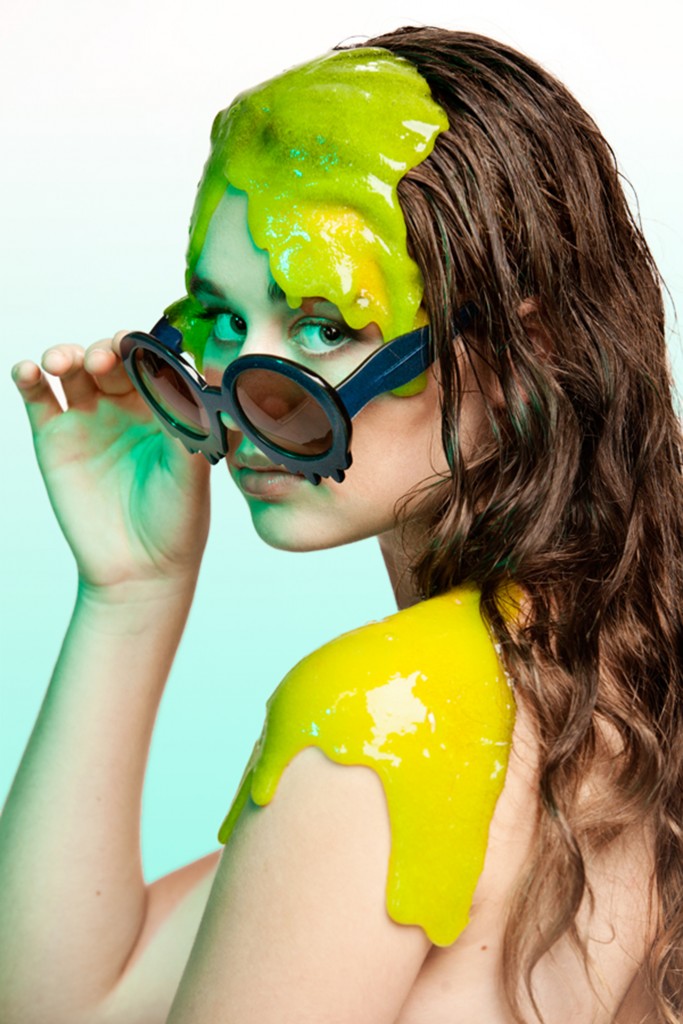 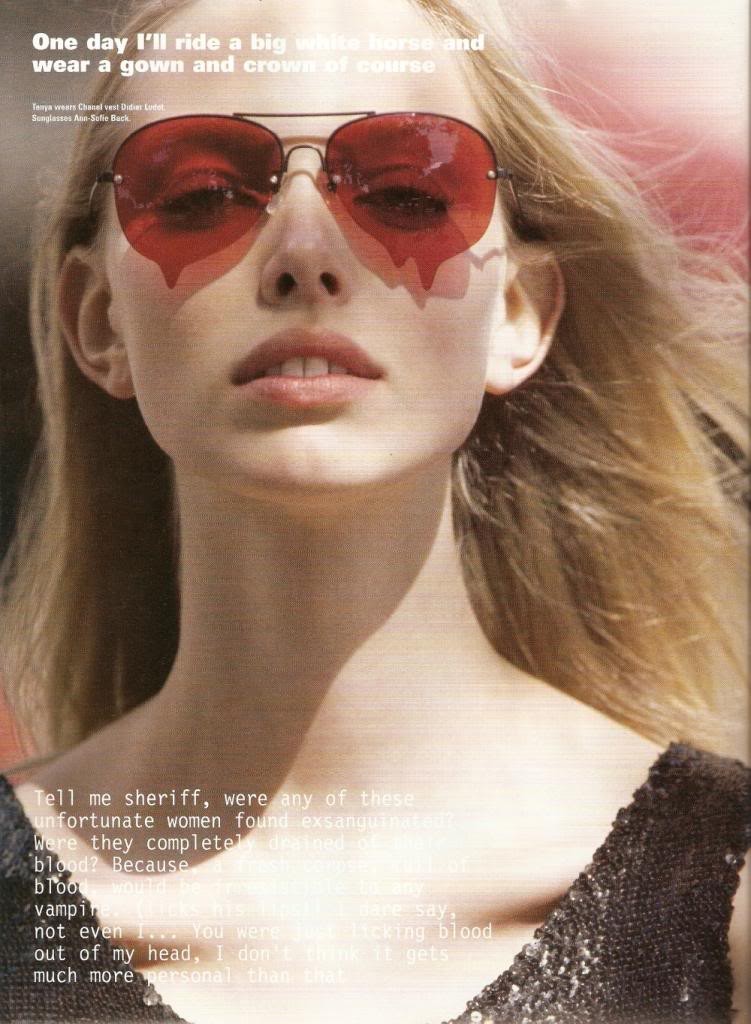 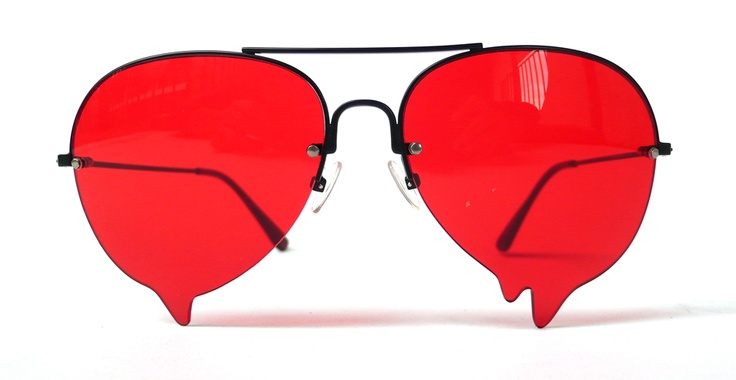 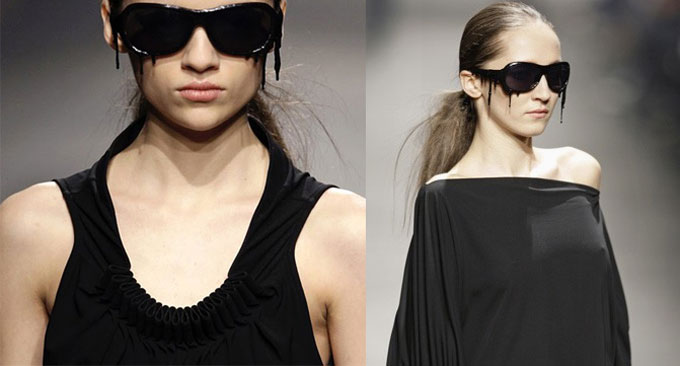