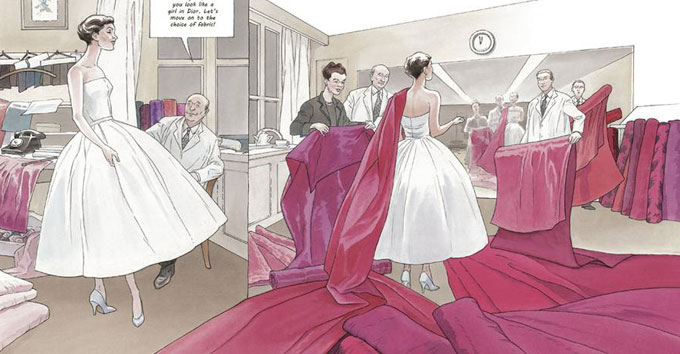 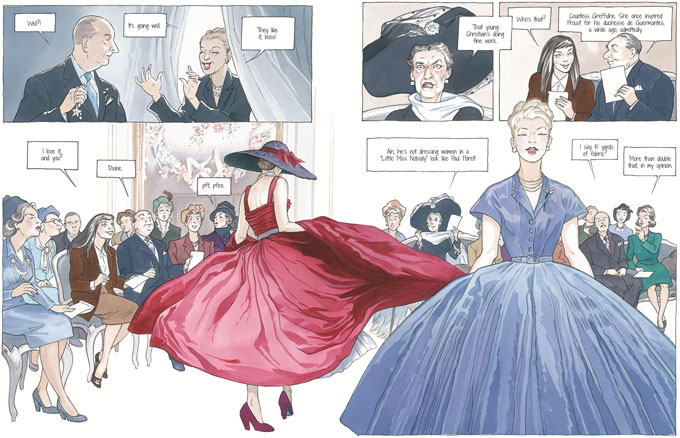 Girl in Dior, a new graphic novel by one of France’s most esteemed illustrators, Annie Goetzinger, captures the last decade of the iconic couturier’s life. It’s not a Christian Dior biography per se, although it does express his charming personality, good nature and love of his craft. The titular protagonist is sort of a play on Audrey Hepburn’s character in Funny Face. Fictional Clara Nohant is a young fashion reporter whose first assignment is to cover Dior’s big Paris debut in 1947, a collection that would become known as the New Look. At the presentation, she rubs elbows with Hollywood elite, Marlene Dietrich and Rita Hayworth, and legendary fashion editors Carmel Snow and Bettina Ballard. Soon after, her journalistic career goes awry due to an unfortunate photo shoot incident and she finds herself in an unlikely role as Dior’s muse.

As Clara is whisked away into Dior’s atelier, we are given a peek into the couturier’s creative process, meet the most valuable members of his team, and even learn some intriguing gossip of the era. Goetzinger, who was given access to Dior archives for this novel, does a marvelous job at capturing the spirit of 30 avenue Montaigne. 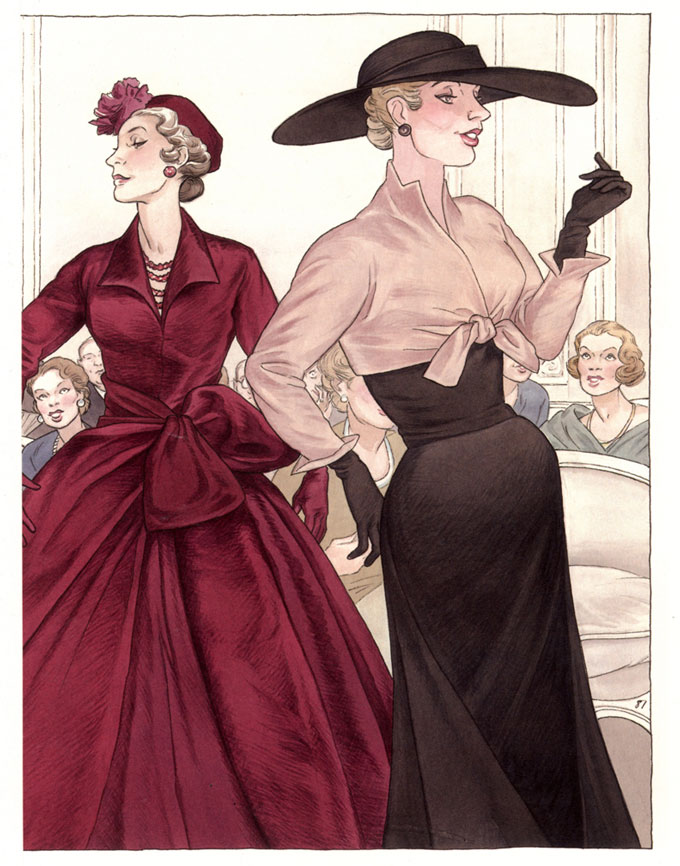 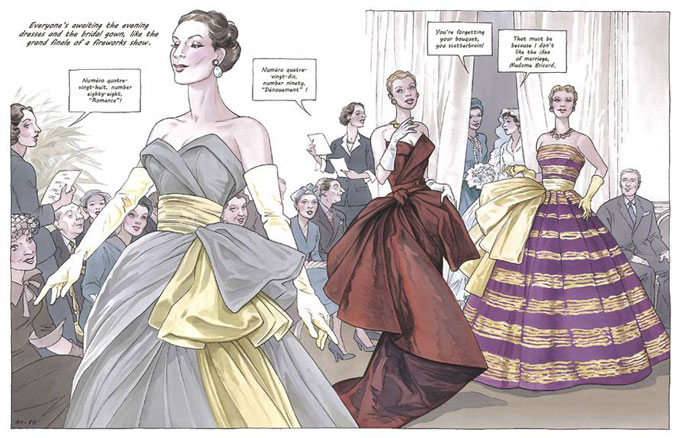 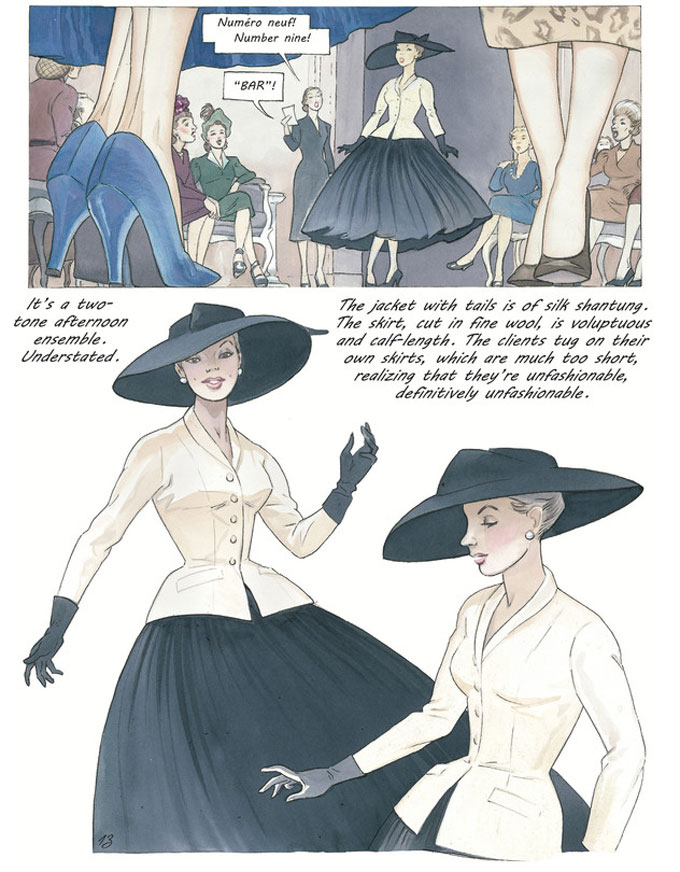 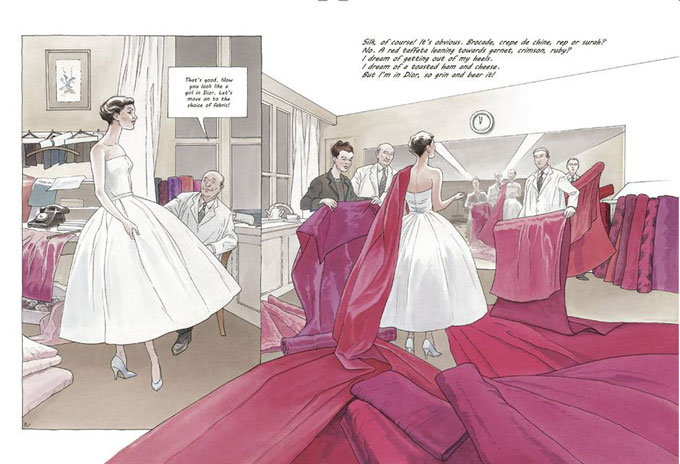 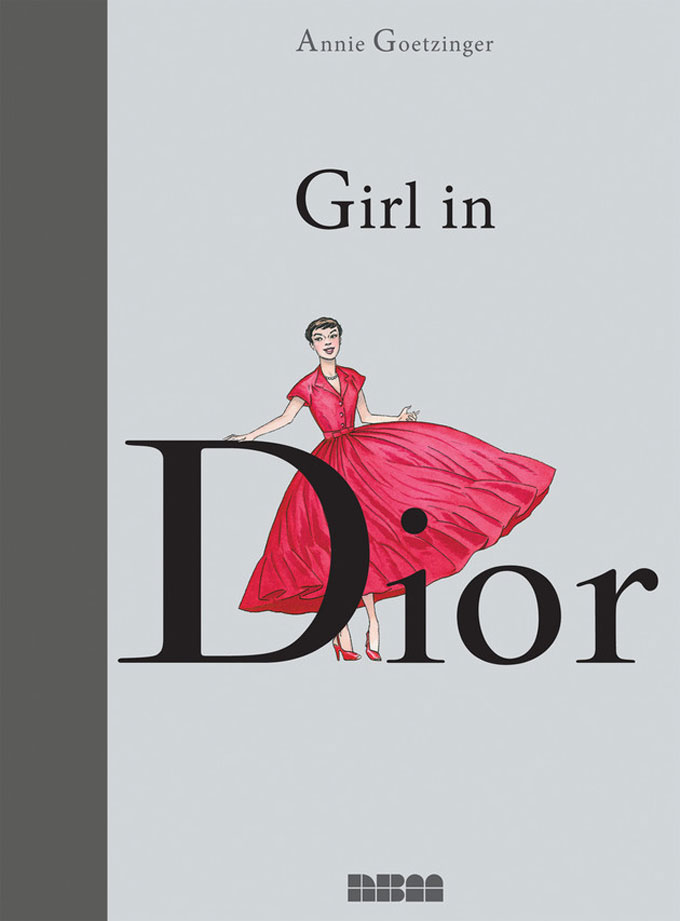