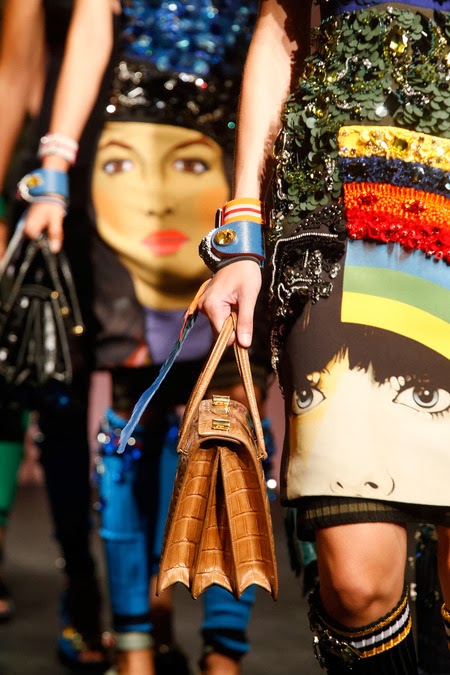 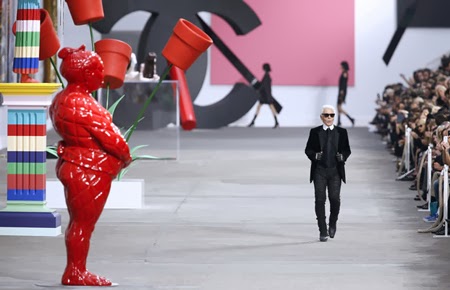 As a stern minimalist, I’m a little frightened to wear the hyper prints this season, but at the same time, I find them irresistible. The former art school girl in me was delighted with Chanel’s painter’s apron prints and giant portfolio clutches. (Of course, if you actually showed up wearing Chanel back in art school, or anything designer at that matter, no one would talk to you. But that’s besides the point.)

Céline also got super painterly, with Phoebe Philo ditching her minimalist signature for, well, a crazy print. We expected so of Miuccia Prada, who probably lives with the-crazier-the-better motto when it comes to prints. Prada’s cocktail frock with sequins and paillettes blending into a mural portrait looked dreamy on Lena Dunham in this month’s Vogue editorial. (The only thing cuter than the dress was the appearance by Dunham’s dog, Lamby.)

The cartoon-like February editorial in Glamour France has been my favourite thus far this year, with Eleven Paris ‘Donald Duck’ tee (why not?), paired with Marc Jacobs polkadot pants, and topped with a floral Calla cap.

Those of us on a budget can be grateful for Peter Pilotto’s TARGET collection (launching February 9th), a pumped up kaleidoscope of colour and print — and I will fight you for the swimsuits! When it comes to shoes this year, the name on everyone’s lips is Sophia Webster. Polkadots, hearts, flowers, butterflies, speech bubbles… ‘Sweet Talk’ is right! 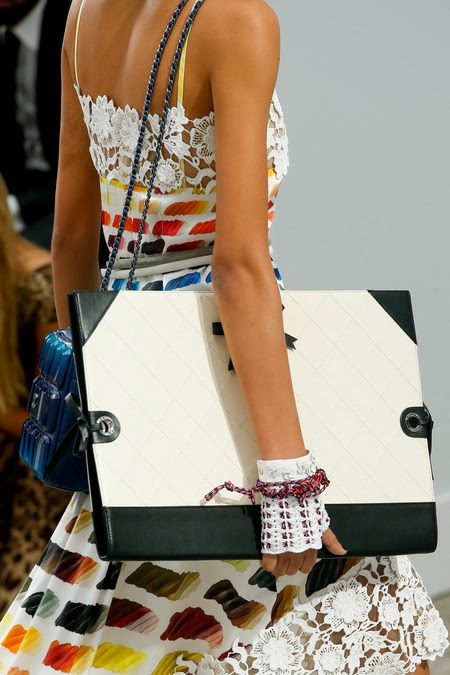 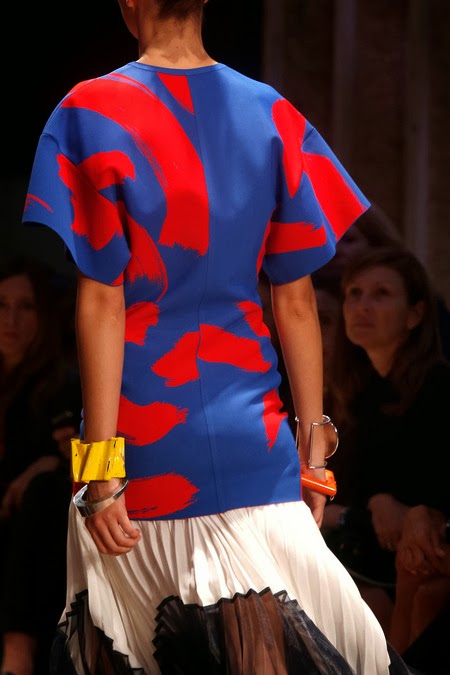 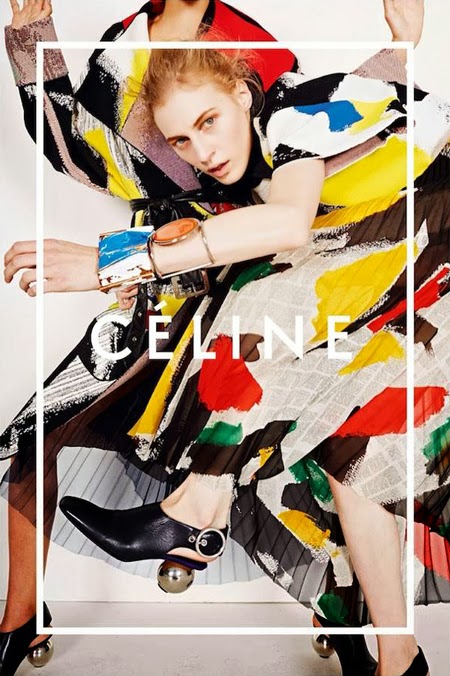 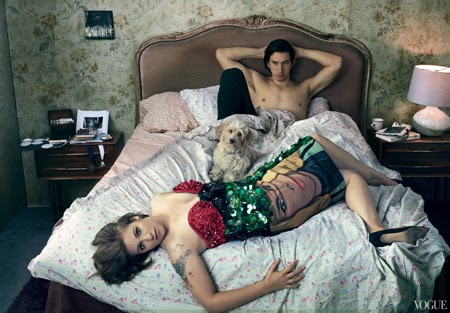 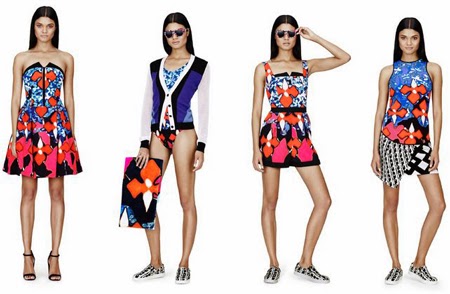 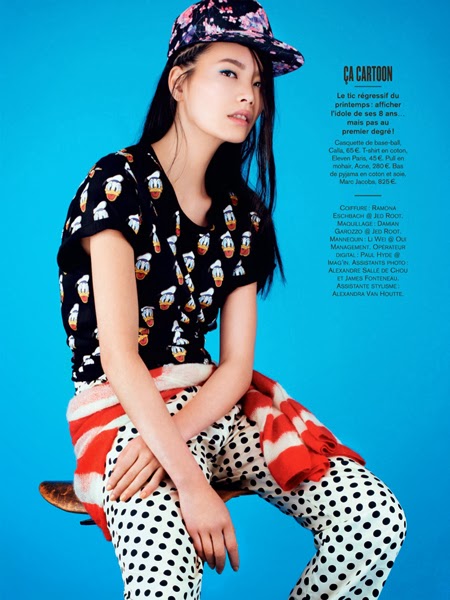 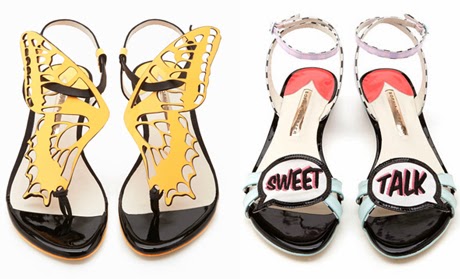 Something must have caught your eye. At the top of my Spring 2014 shopping list: Sophia Webster shoes.