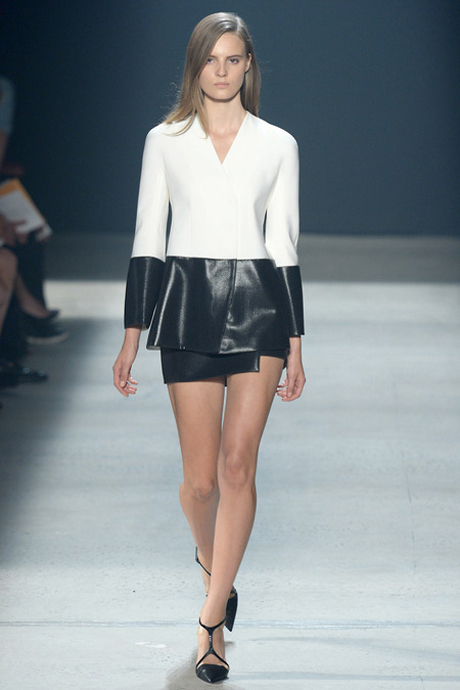 Over 300 collections were shown at New York Fashion Week this season. I’m going to focus on a single one. Narciso Rodriguez never makes flashy headlines during the fashion month, yet his collections are always among the strongest. I suppose it’s because the designer works with incredible restraint, without the need to dazzle and shock. It’s always about impeccably tailored clothing that’s beautiful and timeless, but certainly not in the conventional — pant, blouse, jacket — sense.
Rodriguez has always been the master of simplicity, something I look for and strongly affiliate with American design. This airy collection fused his masterful draping and tailoring with origami-like folds, creating a new silhouette in form of an ingenious little “half-skirt” (with built-in shorts underneath) — very contemporary, sporty, and cool. The designer carried the fold through the entire collection, using it both as a tailoring element and also as a design detail. Take, for example, a seemingly simple white slip dress that appeared to be folded onto itself in the most elegant way. Even with the addition of brocade, nothing — absolutely nothing — felt overworked, and even in their sublime sexiness, the clothes feel practical. Narciso Rodriguez is the most consistent designer on the New York runways, and perhaps the one with the clearest vision of his own brand. 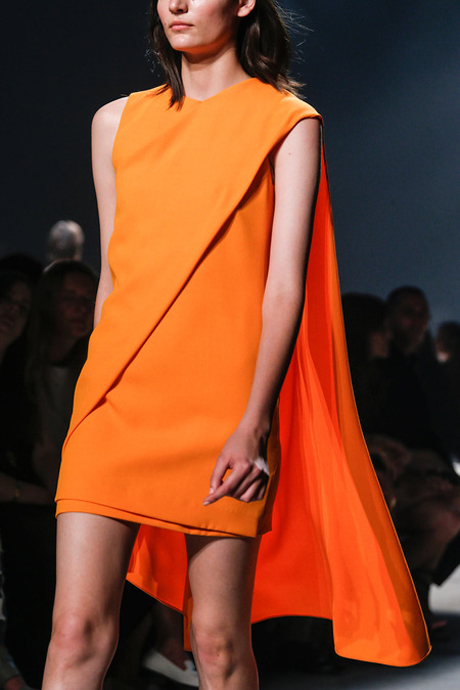 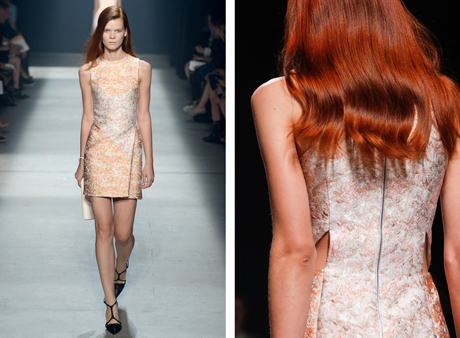 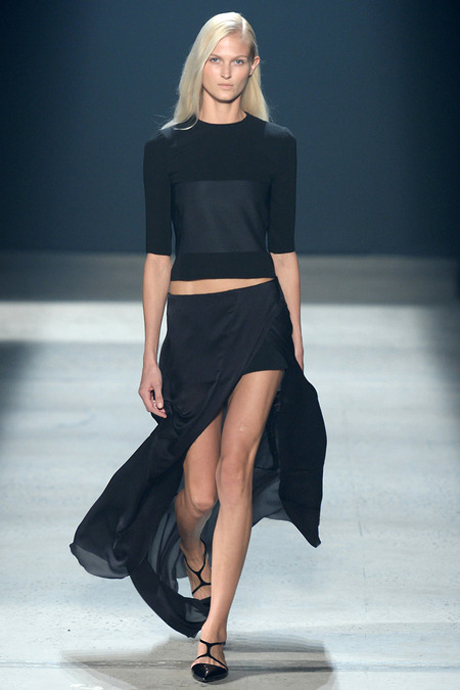 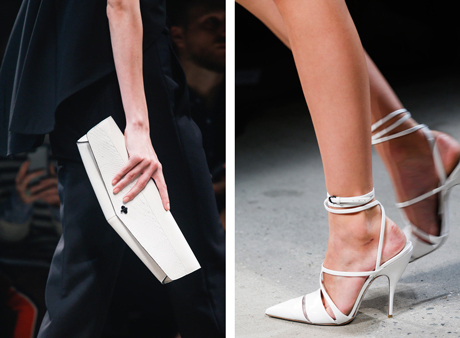 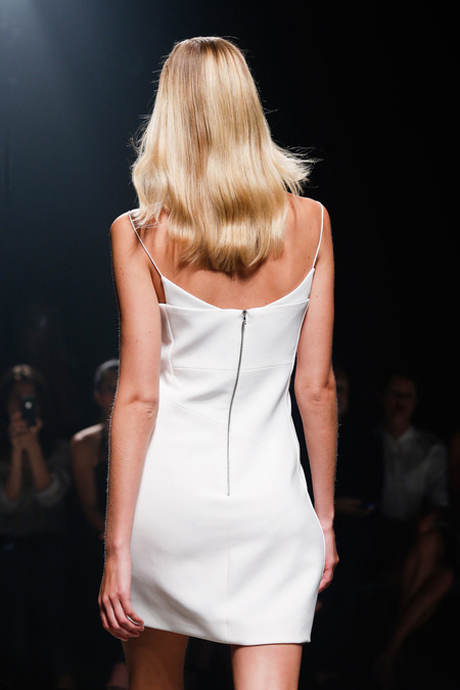