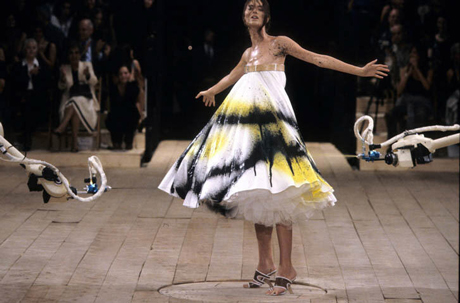 I don’t need to touch on the legacy Alexander McQueen left behind — we all well aware. He also gave us one of the most beautiful runway moments in history. During his Spring/Summer 1999 presentation, two robots spray-painted a blank white dress worn by Shalom Harlow. The concept was inspired by artist Rebecca Horn and her 1991 installation “High Moon,” that placed two shotguns firing red paint at each other. 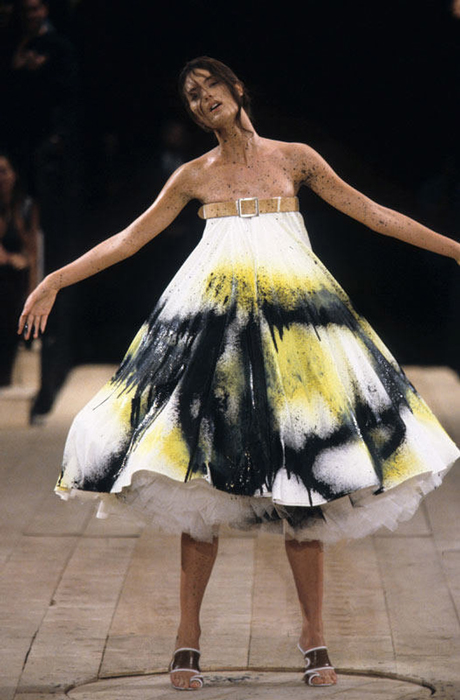 The two-minute performance was completely unrehearsed by Shalom. “Alexander and I didn’t have any conversation directly related to this particular piece and to creating this moment within his show. I like to think that he wanted to interfere as little as possible and allow me to have the most genuine, spontaneous experience as possible.” The robots, of course, were choreographed to dispense the paint in certain directions. 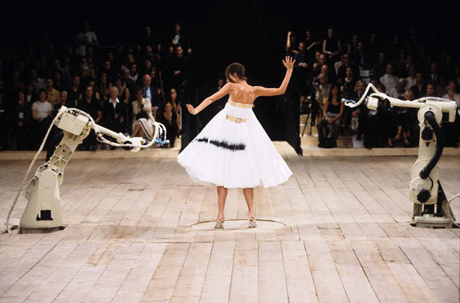 There is such astonishing violence in this piece, with terrified, shivering Shalom spinning out of control. Then, after chaos came beauty, and she slowly embraced her fate, and sort of became reborn. Every once in a while, fashion can get pretty philosophical on us. In this instance, it was an examination of the notion of creation. How much of our own signature is in what we create? Is it driven by fear? Technology? McQueen had a lot to say.