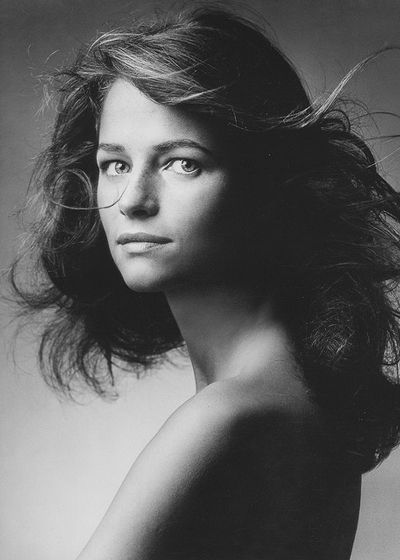 Few actresses age as beautifully as Charlotte Rampling. I’m always surprised that her face has not been associated with a major beauty brand. Maybe she’s too cool for that. I recently watched Charlotte Rampling: The Look, and concluded that she is probably cooler than all of us. 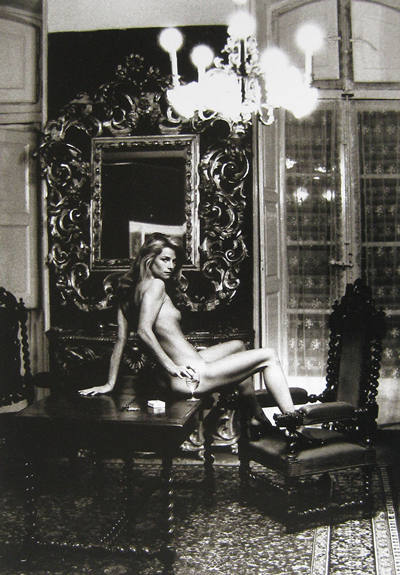 For those not familiar (but you really should be!) with the cult British actress, she was the subject of the iconic Helmut Newton photograph in which she was reclining nude on the dining room table — one of my favourite images of the ’70s. As I was choosing which images of the actress to include, I realize that she’s done a lot of nudity in her 67 years — if I looked like her, I wouldn’t need clothing either. Lack of clothes aside, she’s all style. It’s in the confidence, the ice-cool gaze similar to Lauren Bacall’s. 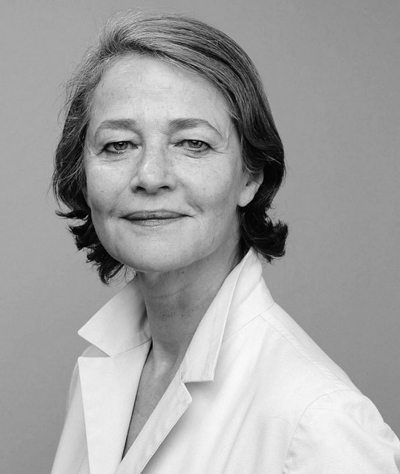 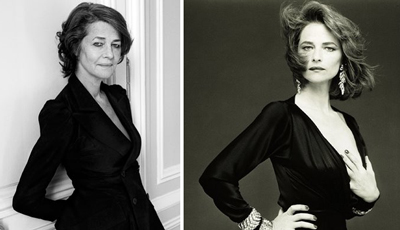 It certainly doesn’t take much: a dress shirt, a well-fitted blazer, minimal makeup. (This seems to me my theme lately as well.) The reason minimalism works so well with Rampling is because she’s a natural beauty. In The Look, the actress discusses aging with novelist Paul Auster and the struggles in being in a profession that that values youth above all else. Her words are wise.
“You’ve got not to panic, not to be frightened, and not to change your face. You need your face to grow with you. Because then people don’t know what age you are. You look a certain age but there is a problem with that if women can’t live with their faces as they’re growing into them. There’s always a frightening point when your face starts to change, and that’s when you want to change it. But if you go through that change – and it lasts quite a long time, maybe 10 years – then you find actually that you’ve grown into an older face.” 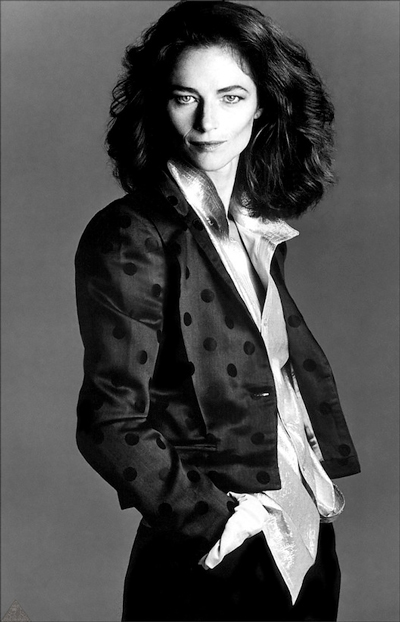 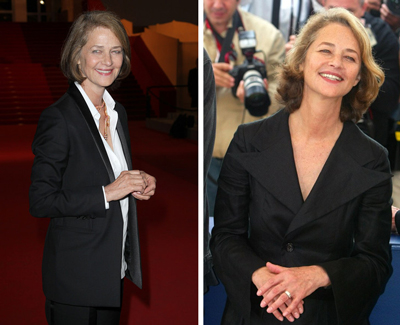 I suppose working primarily in Europe gave her a little more freedom to call her own shots when it came to beauty and style. And, as much as we like to think otherwise, European media (including film and publications) don’t dwell on eternal youth as much as we do here in North America. 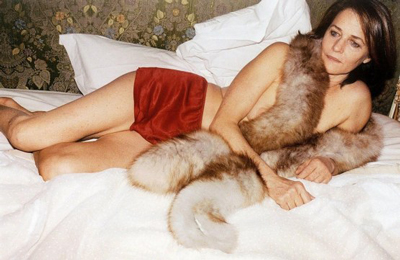 Well into her 60s, she’s not afraid to strip down for the camera. I love the series of photographs she took with Juergen Teller a few years ago. Just as gorgeous as when she shot with Newton, three decades ago.
Further reading:
Charlotte Rampling: I’ve lived with fear all my life, The Independent
Charlotte Rampling: How to grow old gracefully, The Telegraph