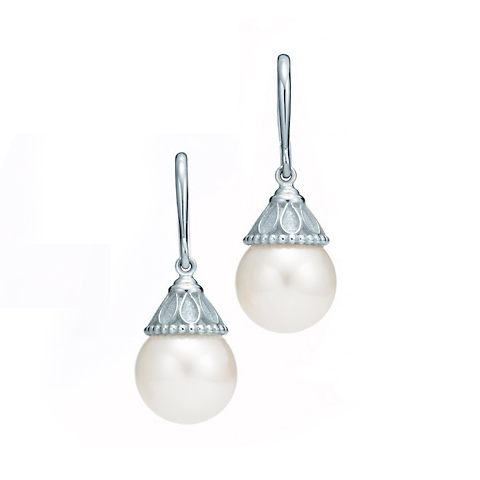 I know it’s highly unorginal to state that one’s favourite novel is The Great Gatsby. It’s been mine since I read it in high school. So I surely hope that Baz Luhrmann doesn’t screw up the film adaptation. (Because, as much as people like to pretend it was okay, the Francis Ford Coppola-penned 1974 adaptation didn’t capture half the magic of the novel.) One thing’s sure: the costumes will be divine, of course, with Tiffany’s providing all the glistening jewels of the Roaring Twenties. Accompanied the film release are two Gastby-inspired collections by the famed jewellery house: the Jazz Age Glamour and the more reasonably priced Ziegfeld Collection.
I adore the filigree detailing on these sumptuous pearls. Anyone getting married this summer?
$495 at Tiffany & Co.