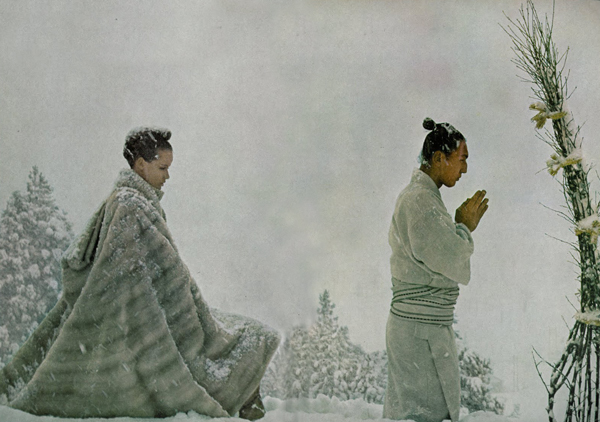 “The Great Fur Caravan,” photographed by Richard Avedon, Vogue (October 1966)
Two recent documentaries — Diana Vreeland: The Eye Has to Travel and Vogue: The Editor’s Eye — have touched on this beautiful Vogue editorial from 1966. That year, the magazine did the unprecedented and journeyed to Japan in the middle of winter to shoot perhaps the most epic fashion story of all time. I like to think of this shoot as Vogue‘s Lawrence of Arabia: impossibly long, yet impossibly breathtaking. This editorial is often credited to Diana Vreeland, who was the magazine’s Editor-in-Chief at the time, but the sitting editor on site was the amazing Polly Mellen, my favourite of all of Vogue‘s former fashion editors. This was one of her first assignments on the job, and she embarked on the five-week trip to Japan with supermodel Veruschka and legendary (and he was already legendary) photographer Richard Avedon. 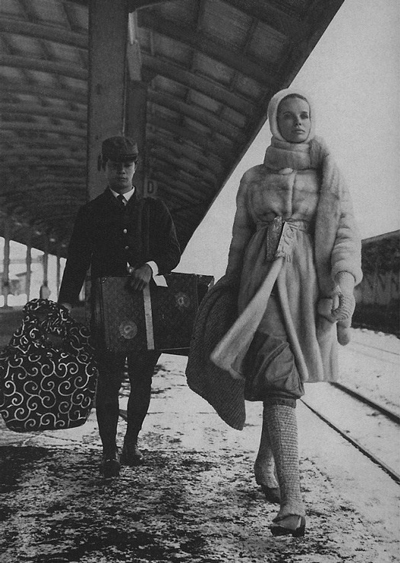 “The Great Fur Caravan. A Fashion Adventure Starring the Girl in the Fabulous Furs Photographed for Vogue in the Strange Secret Snow Country of Japan…” took up a whopping 26 pages in the October 1966 issue. The Girl character was first introduced in the January 1963 issue as an idealized version of Vreeland, sort of a dreamer, an adventurer. In Japan, the Girl takes a first class train to the middle of nowhere, where she explores the glorious snow mountains in her “fabulous” furs, and eventually falls in love with a gentle Japanese giant. It’s not like the story needed to make a lot of sense. It was dreamy and fantastical, and the type of travel story that Vreeland liked to entertain Vogue readers with. “The eye has to travel,” she famously said. Years later, Avedon remarked, “it’s without content. It’s without any meaning in it. It’s just this exquisite creature. Diana imagined her walking through the snows of Japan.” 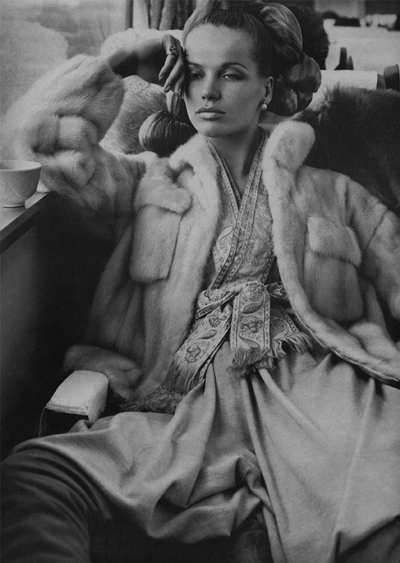 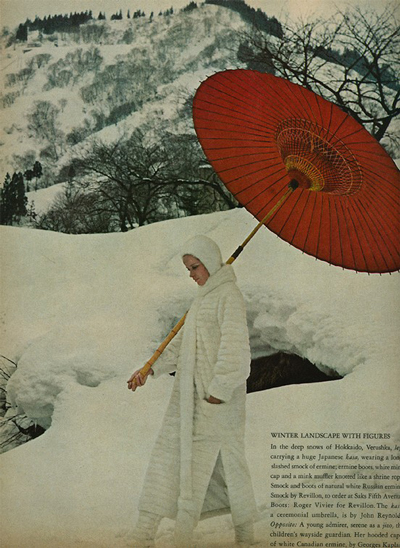 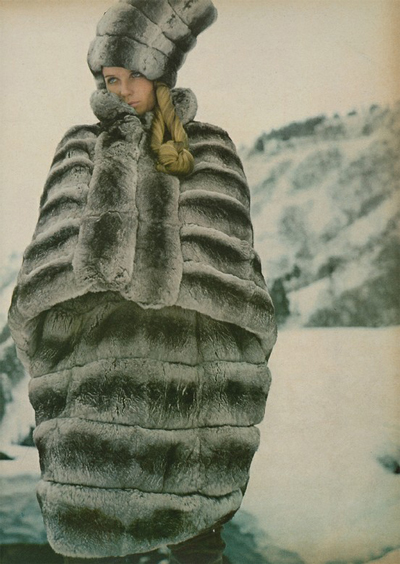 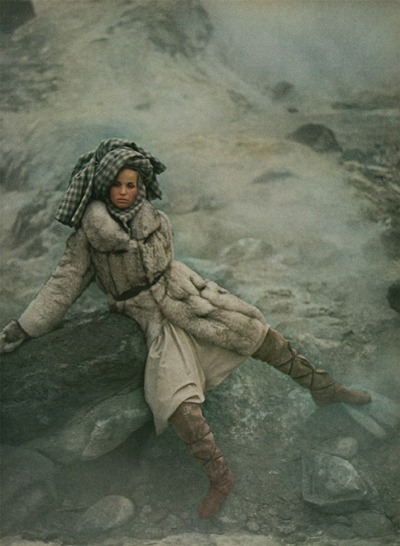 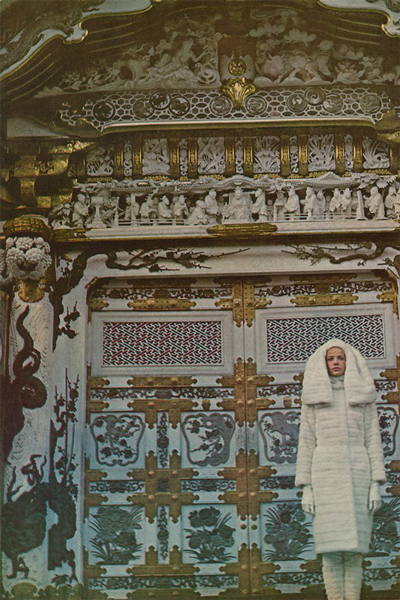 The story is rumoured to have cost $1 million dollars back in the day — that would be equal to $7 million today. But that’s how legends are made.