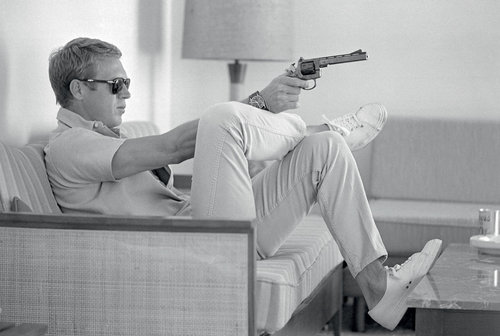 If there was a Style God or some higher power deciding what men should look like, everyone would just dress like Steve McQueen and we’d call it a day. In fact, one of the reasons I love Daniel Craig so much is because he reminds me of McQueen, at least looks-wise. They are both guys’ guys, which is some kind of rare in today’s sea of pretty boys in Hollywood. There’s no denying it, the guy was so ridiculously cool that he was nicknamed “the king of cool” before that word was really a thing. (Plus, he was married to Ali McGraw, whom I love.) 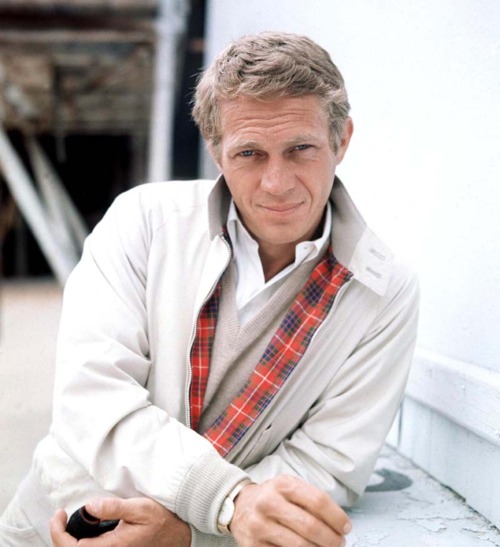 The characters he played blended with the real Steve McQueen. In many ways they were one: he didn’t really choose the roles, they chose him. Pretty much every film he stared in was written for him — that’s a sign of a true Hollywood star. And in his relatively short career, spanning less than two decades, McQueen left an enduring influence in men’s style. Something about him is just so timeless, I’m pretty sure several heritage clothing companies survive solely on the fact that once, a long time ago, Steve McQueen wore something of theirs. 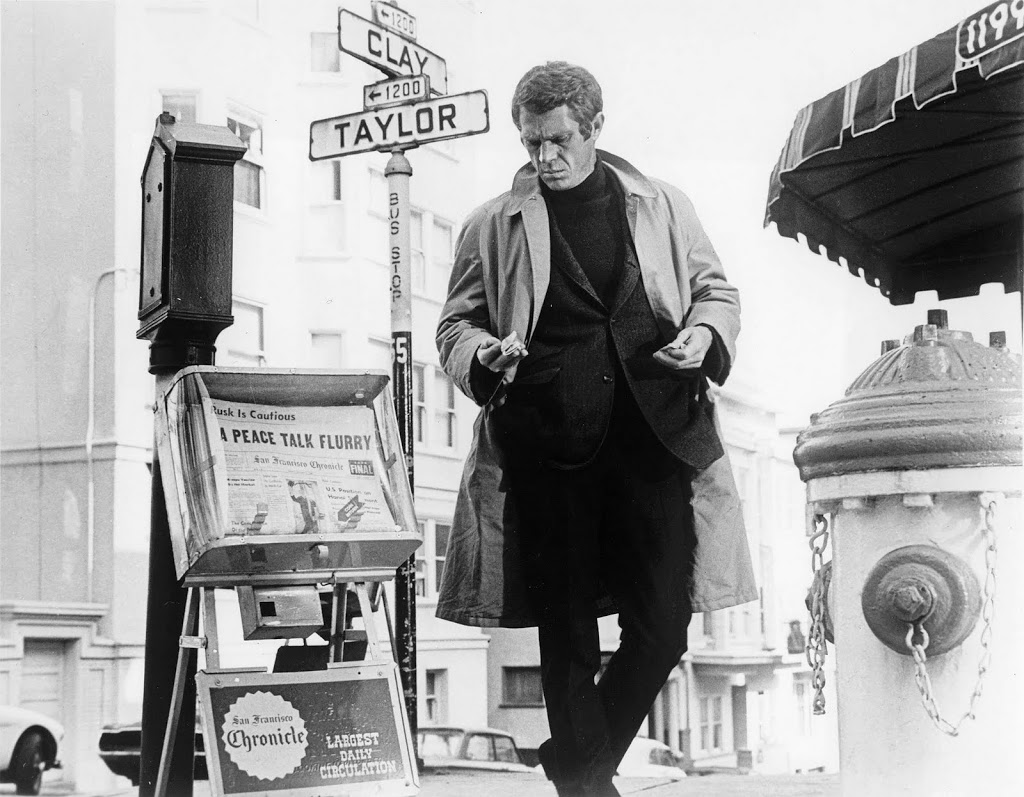 The original 1968 version of The Thomas Crown Affair, with the breathtaking Faye Dunaway, has been on my Screen Style list for two years now — I suppose I’ll get around it eventually. Although my favourite menswear-wise is Bullitt. 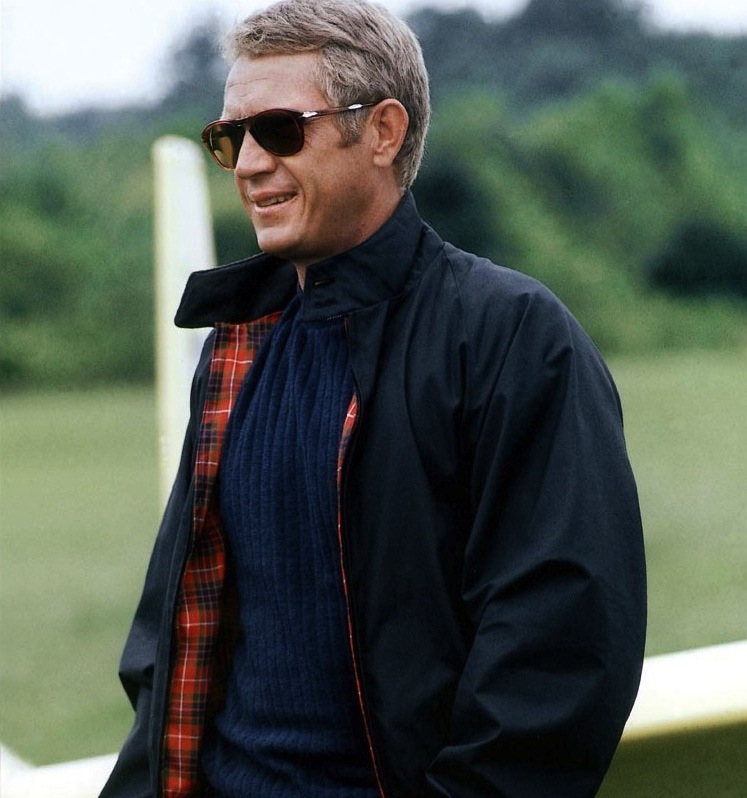 The film, in which McQueen played a saucy lieutenant, popularized quite a few items. For example, he was responsible for the return of the turtleneck in the late 1960s, bringing the prep back into a garment that was long associated with beatniks. Rumour has it that Manhattan’s Bonwit Teller completely sold out of them a couple of days after Bullitt premiered. 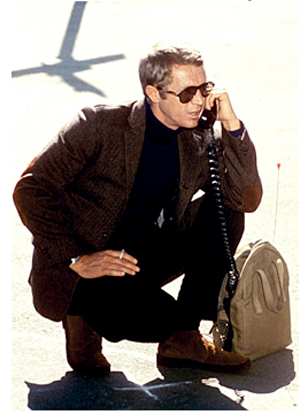 There was also the brown suede chukka boot, either designed by Sanders & Sanders or George Cox… the jury is out on that. Then there were Persol aviators, which are still really amazing, and the Baracuta ‘Harrington’ blouson jacket (although James Dean and Elvis both rocked it a decade earlier). All of these items are still considered timeless classics. 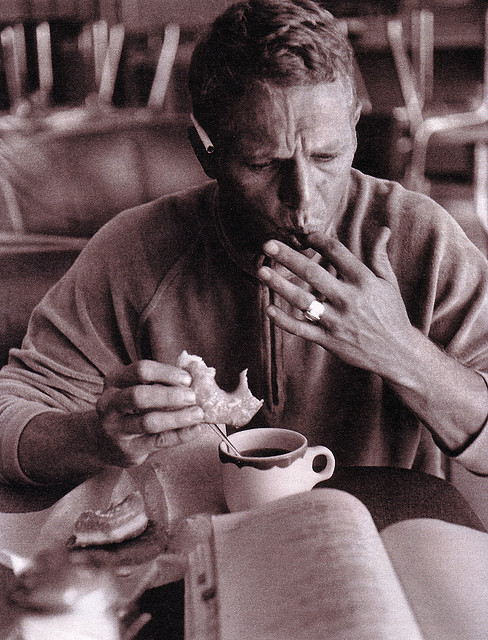 Aside from wearing sportswear with such swagger (well, the ever-present dangling cigarette may have helped), he also looked really amazing eating donuts — I just adore this picture.
Steve McQueen fan? Honestly, find me a more stylish man, and I’ll buy you a drink.

PS. McQueen, of course, has an entire Barbour collection dedicated to him.