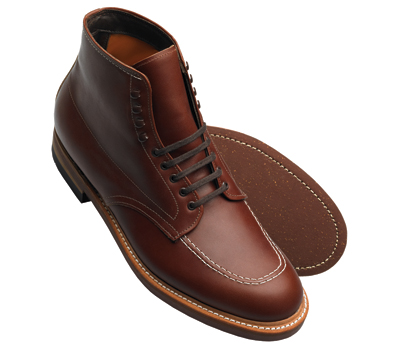 If these look familiar, it’s because they were worn by a legendary fictional character, Indiana Jones. I spotted these on a friend last week, and thought they were the coolest. I’m sure the friend would be kind of ticked for sharing his boot secret with the world, but since I know he doesn’t read my blog, here they are. 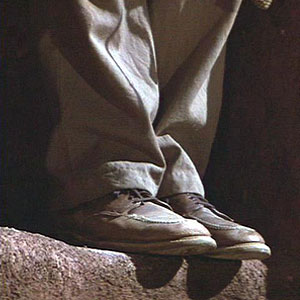 Indiana Jones
The boot now known as the ‘Indy’ boot is by one of the oldest American shoe manufacturers, the Alden Shoe Company of San Francisco, which believe it or not, dates back to 1884. Originally, Harrison Ford was supposed to wear another American classic, the Red Wing boot, but the handsome actor had a preference for the Aldens. The rest is history.
They also come in dark brown, and will look even better with age.