I wish someone would do a simple, comprehensive book on womenswear that matches the intelligence of Icons of Men’s Style. Yes, I realize the world of womenswear is a tad too complex to be broken down into a formula, but I like the idea of a book that traces the origin of a selection of celebrated basics.

From outerwear like the fishtail parka, the pea coat, and the blousson, to the trouser family of khakis, jeans, and cargos, to suiting and accessories, and, most importantly, the men that wore them, this book is basically like a cheat sheet to men’s fashion. 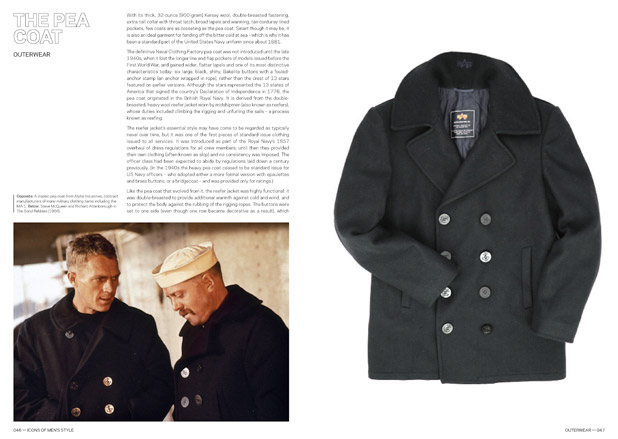 The usual suspects make an appearance: Gregory Peck (who makes the cover) and his bomber jacket, Paul Newman with his famous white tees, James Stewart and his beloved tweed blazer, Mick Jagger and his Panama hat, John Lennon and his Savile Row shirts, Michael Jackson and his Bass loafers, Tom Cruise and his Top Gun Ray-Bans, and of course Steve McQueen and his everything. 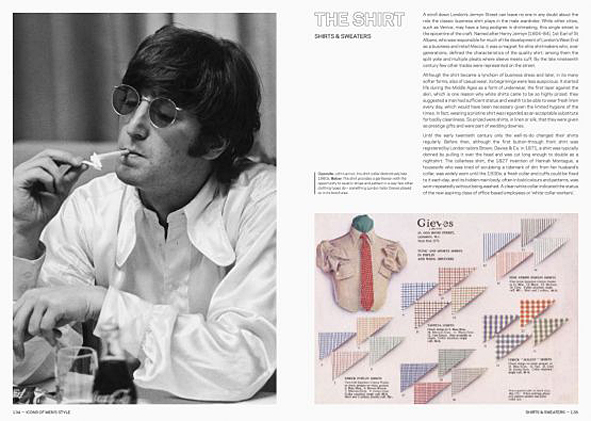 Can’t think of a better gift for any man in your life. Or for yourself as eye candy.
$29.95 at Chapters.