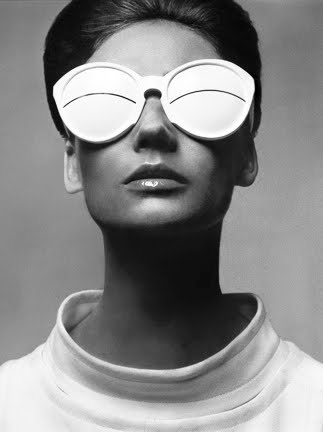 Vogue Paris (February 1965)
Paying $750+ for sunglasses is a little steep, especially if they make you look like a crazy person. However, if I were rich, that little problem wouldn’t stop me from picking up Courrèges’ iconic space age shades. 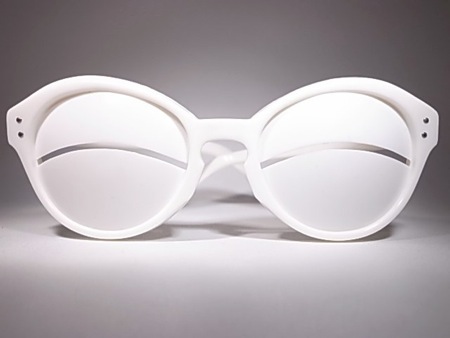 Sometimes I wish the present looked the way they imagined it would back in the ’60s, a future in which everyone would wear white all the time, and copious amounts of eyeliner. 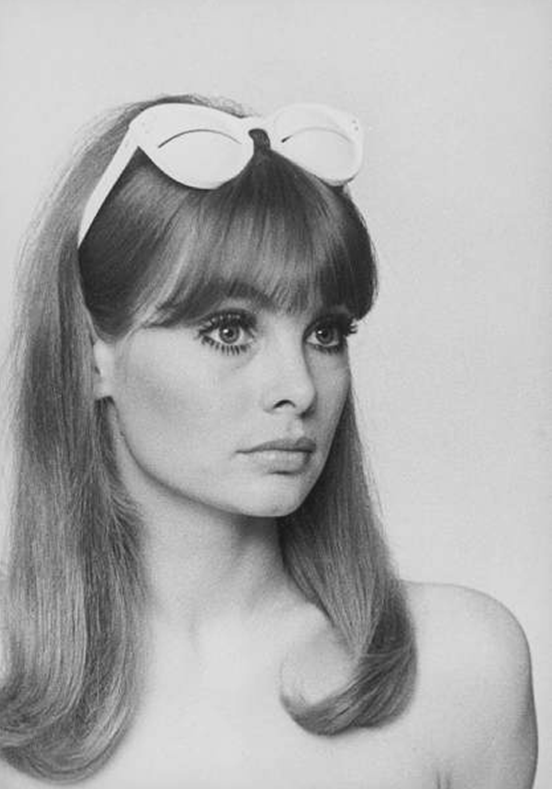 Jean Shrimpton in 1966 (photographed by Peter Knapp)
Yes, I would wear these, provided that they are as functional as everyone says they are. I probably wouldn’t drive in them, but in my imaginary world, I would have a driver, so who cares. Or maybe I’d just wear them on my head like Jean Shrimpton.
$1000 M Vintage Sunglasses Collection and $750 on Etsy.