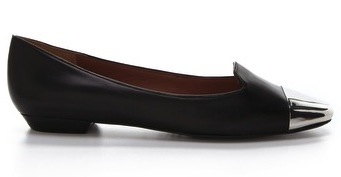 Did you read the Sigerson Morrison article last week in the New York Times? Riveting stuff. You should read it, but in case you don’t, I’ll quickly summarise it for you. Two talented designers, Kari Sigerson and Miranda Morrison, created a successful shoe label but made a bad deal in order to expand the business, and in the process lost control over their namesake label, Sigerson Morrison. It’s a heartbreaking read, and a cautionary tale for many young designers. Sometimes selling your label works out (Valentino buying Proenza Schouler) and sometimes it doesn’t (Halston licensing to JC Penney comes to mind as one of the worst decisions of all time). 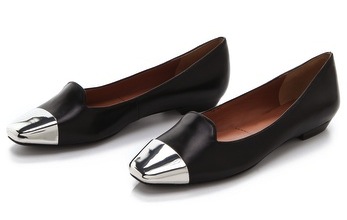 There’s been a few comeback stories where designers were able to buy their own labels back (Stuart Weitzman, Robert Clergerie, Azzedine Alaïa). I hope that will be the case with Sigerson Morrison. In the meantime, their namesake shoes are currently owned by Marc Fisher Footwear, with Taylor Tomasi Hill acting as a creative consultant (that woman surely gets a lot of work!) starting this fall season. Unlike the spring season, which was a total bust, this collection retains the label’s original DNA: in words of Ms. Sigerson, “simple, clean and modern.”

$395 at Shopbop and Sigerson Morrison.