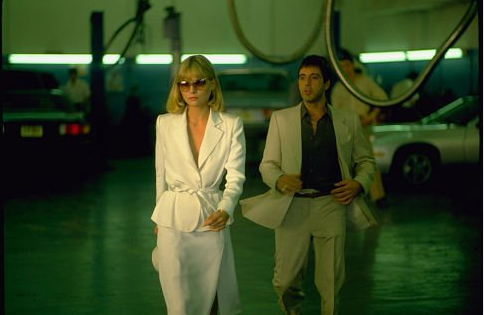 My entire life I’ve been hearing about what a great film Scarface is. It currently has a 89% rating on Rotten Tomatoes. I finally watched it and it was terrible. I think it’s terribleness is an intentional thing — it was a pretty sinful, self-indulgent decade, resulting in a protagonist, Tony Montana (Al Pacino), that can be best described as a cardboard caricature of a 80s drug lord. I guess I prefer my gangsters complex and lovable: Michael Corleone, Tony Soprano, Stringer Bell, etc. Tony is none of those things. Scarface, directed by Brian de Palma, is ultimately a tale of greed in a world where nothing is enough and nothing is sacred. 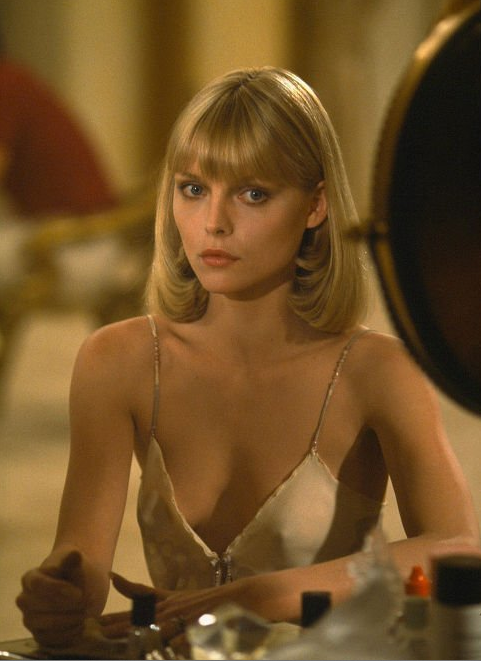 A beautiful example of this theory is Tony’s trophy wife Elvira (Michelle Pfeiffer in her breakthrough role). Here is a woman that lost her soul (and all traces of personality) somewhere along the way into her drug addiction. She is a Hitchcock-ian ice queen, if you sucked all the personality out of them. That is not to say that she is not a fascinating character. She is probably the best representation of a villain’s trophy wife, a lifeless yet glamorous character. 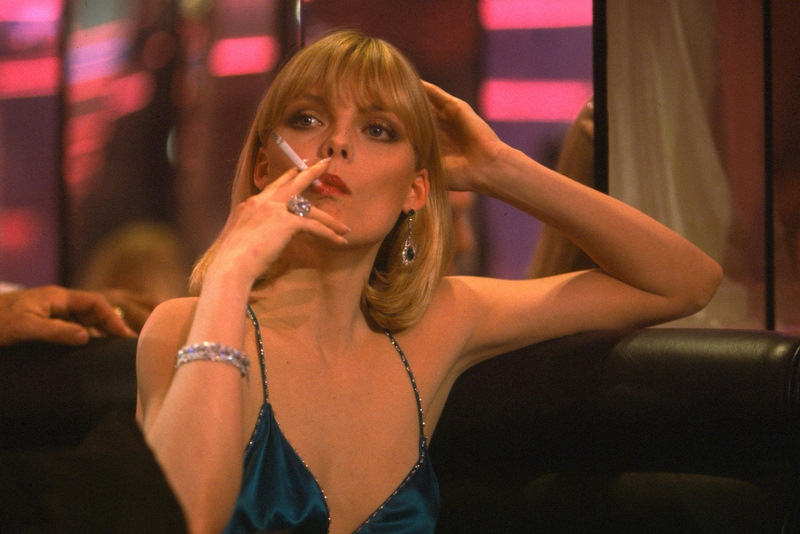 Much of the character’s success is in the costumes by Patricia Norris, who also did beautiful work on Twin Peaks. Elvira wears a uniform of countless halterneck numbers and appears to have waged some kind of a personal wars against bras. She slides through the film like a beautiful ghost, smokes a lot, and occasionally spews a good Tony Montana insult or two. 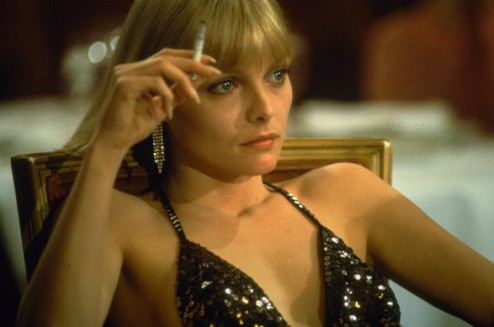 The simplicity of her dresses is astonishing. The beginning of the 1980s hit that sweet spot between Halson’s disco beauties and Armani’s power women, and Elvira possesses both those qualities (in this case, power equals sex). At night she is in a slinky halter gown, dazzling in jewels, and during the day she could almost pass for a real lady in a white, impeccably tailored silk suit, topped with a matching hat and femme fatale cat-eye sunglasses. 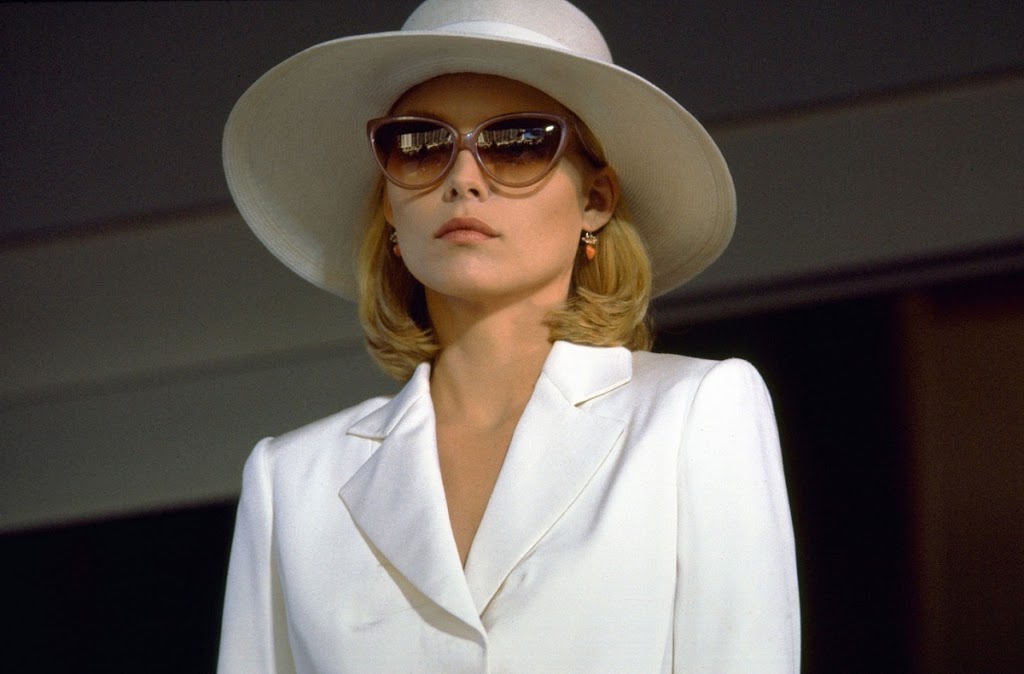 She is delicate and tough, interchangeably. A real enigma that sails through the lives and bedrooms of Miami’s gangsters. Her ultimate fate is left to the imagination of the viewers. I like to think of her somewhere in the Caribbean, with Tony’s millions, free of her coke habit, sipping a Mojito by the pool — in a halter swimsuit, of course.