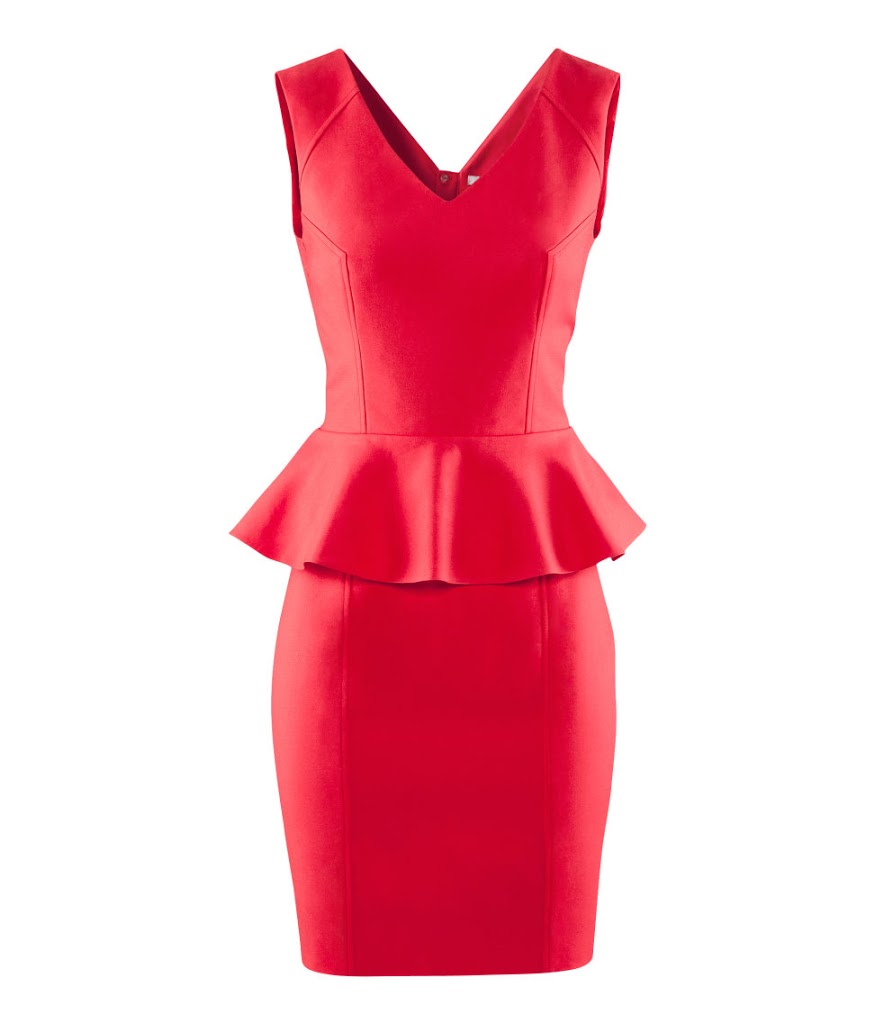 I love the peplum. I’m glad it returned for fall. Hope it stays for a while. I like what it does to one’s shape, accentuating the waist, making it appear smaller by adding volume just below it. I’ve heard some concerns about whether it makes one’s hips look wider. I don’t think so: if it fits you properly, the peplum should fall just above your hipbones. 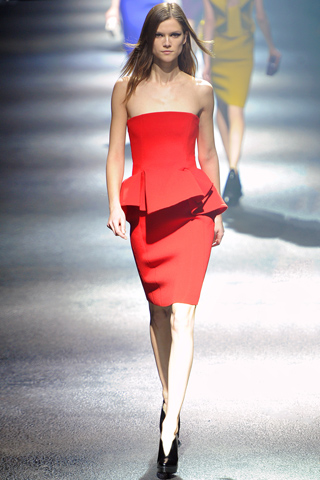 Lanvin F/W 2012
I’ve seen a lot of peplum dresses on the racks, but this freshly arrived H&M little red number is a true steal. It’s made from breezy cotton rather than some weird spandex material. It doesn’t hurt that it kind of reminds me of Lanvin’s F/W red stunner (also masterfully worn by Charlize Theron at the MTV Movie Awards).
$59.95 at H&M.
Lanvin image courtesy of style.com