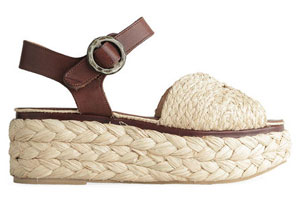 Another week, another French shoe. I think — and this is embarrassing — that I have been living under a rock, because while I knew of Robert Clergerie‘s existence, I had no idea that this shoemaking house dated back to 1885. Granted, it was under the label Unic et J. Fenestrier for much of that time until its current designer bought it in the late ’70 and eventually made it his namesake. 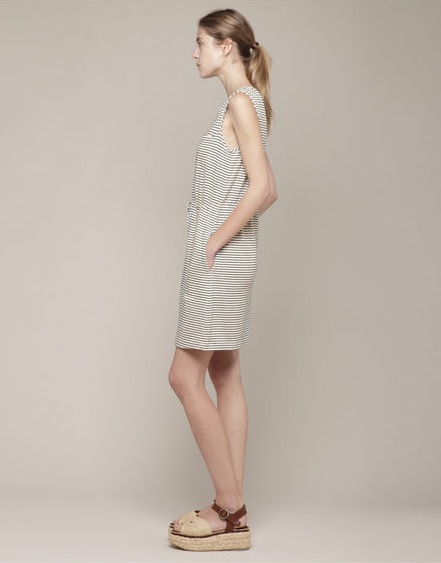 While Robert Clergerie is best known for his boots (worn by The Beatles in the 1960s), the womenswear collection developed a loyal following in the ’90s due to its remarkable craftsmanship (Maison Clergerie has its own design school), and his affinity for platforms. That’s where this shoe comes in. Have you ever seen an espadrille this exquisite?
$425 at La Garconne.
PS. More on Robert Clergerie in a couple of weeks.