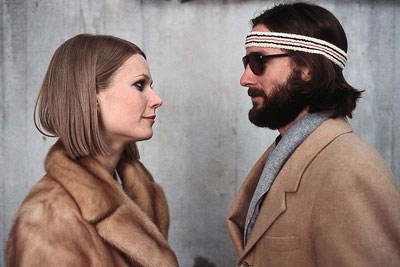 Having just watched Moonrise Kingdom, I thought I’d revisit another Wes Anderson cinematic treasure, The Royal Tenenbaums. Even though his characters are hardly fashion enthusiasts, they tend to become iconic for their idiosyncratic uniforms. For his first three features — Bottle Rocket, Rushmore (my favourite), and The Royal Tenenbaums — the director worked with costume designer Karen Patch, who was very much a part of the dream team that included Anderson’s co-writer Owen Wilson. 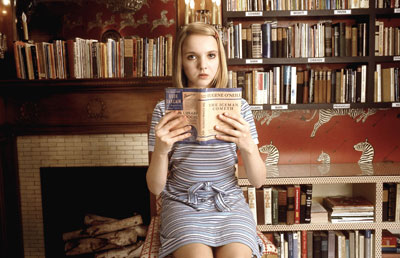 The beauty of Anderson’s films is that they could take place in any decade, and that’s especially true to the clothing. Part of the appeal and the tragedy of the characters like Margot and Richie Tenenbaum is that their clothing choices peaked at the time their careers reached their heights before their ultimate demise. For Margot, it was in her teens; for Richie, sometime in his late teens/early 20s. 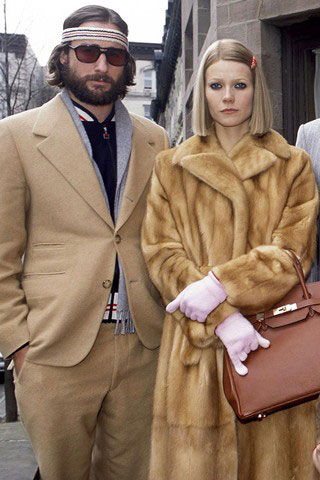 They are both stuck in their adolescence and bound forever through their sartorial choices. The heavily kohl-eyed Margot appears to have only worn one style of dress (excepting the pink bikini during her brief marriage to a Jamaican reggae artist) her entire life: her piqué collar Lacoste tennis dress. Considering the rest of her ensemble, which involves a Hermes ‘Birkin’ bag (probably a contrast to her by her mother, who carries a ‘Kelly’) and a toffee-coloured mink coat (custom created by Fendi furriers) — matching Richie’s camel coloured suit — the dress is an ode to her brother, a one-time pro tennis star. Since her romantic love for him can never be, it is all she can hold on to. 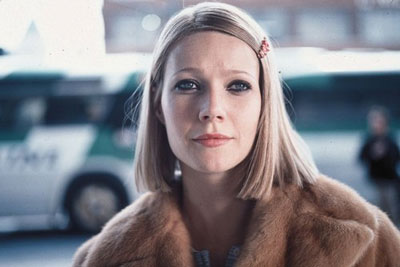 She wears tomboyish brown loafers (probably by Bass) and her hair is bluntly straight, parted on the side with a child-like plastic barrette. Margot’s style is allegedly modelled after Nico, whose song “These Days” plays when Margot meets her step-brother Richie for the first time in years. It’s one of the most breathtaking moments of the film.
Of course you’ve seen it.