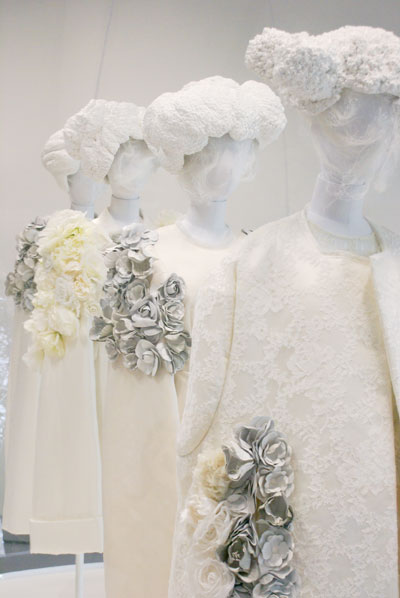 Unless one attends Paris Fashion Week, it’s a rare opportunity to see the entire Comme des Garçons collection in person. I mean, most stores only carry the Play line or, at best, a couple of ready-to-wear pieces here and there, but most of those are modified to meet buyers’ demands.
Comme des Garçons’ “White Drama” S/S 2012 collection is on display until October 17th at Cité de la Mode et du Design, Musee Galliera’s temporary space during renovations. It is unusual to have a sole collection from a designer on display (fashion exhibitions usually involve some kind of a retrospective), but it’s not unusual in the art world where many artists simply exhibit “new works” every couple of years or so. 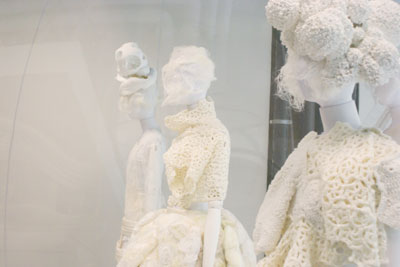 When I think of Rei Kawakubo, I think “artist” first (although she is also an incredible business woman — the company grosses around $180 million a year). You’ll never hear Kawakubo say things like “I was inspired by a modern woman” or other things one might hear coming out of Donna Karan’s or Michael Kors’ mouths during Fashion Week. (Not that there is anything wrong with that — it’s just different.) 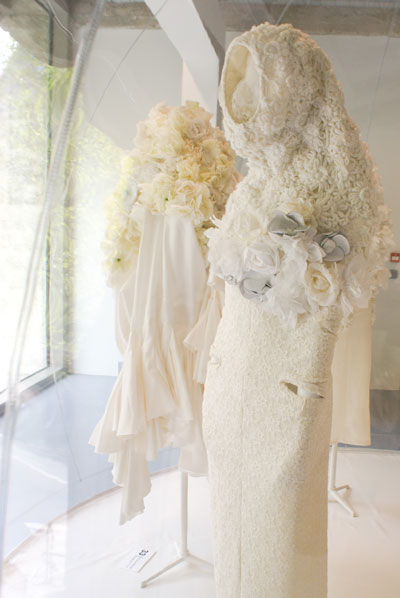 White Drama is Kawakubo’s first all-white collection, a concept that takes one thorough ceremonial moments of their life that could be interpreted as birth, marriage, and death, although the collection has been wildly popular as bridal wear. It’s extraordinarily romantic, whether slightly morbid or not. Even looking at what can only be envisioned as one’s funeral dress — a silhouette completely laid out of white flowers — there is a sense of peacefulness and joy. 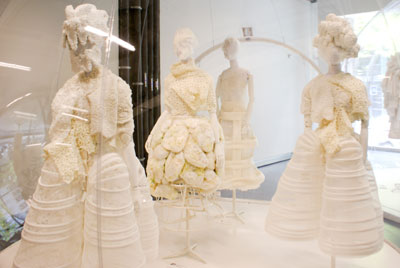 The craftsmanship is impeccable: Kawakubo’s mastery of fabric and volume is reminiscent of Cristobal Balenciaga (who curiously enjoyed his own exhibit just next door), and her attention to detail is couture-worthy, or often referred as demi-couture. 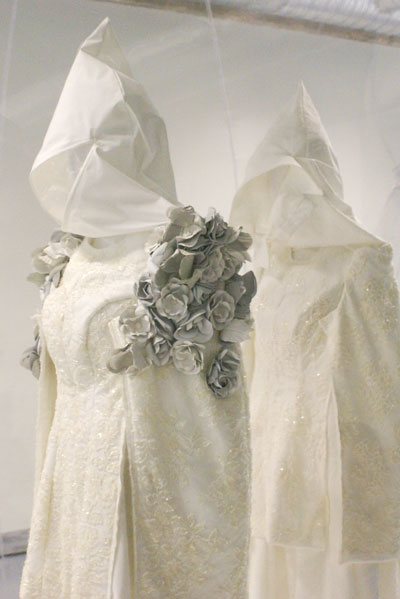 The existential concept of life and death makes for a powerful collection and its presentation inside plastic bubble domes only adds to the dreamy element.
“Comme des Garçons White Drama” runs through Oct. 7 at Les Docks, Cité de la Mode et du Design in Paris.