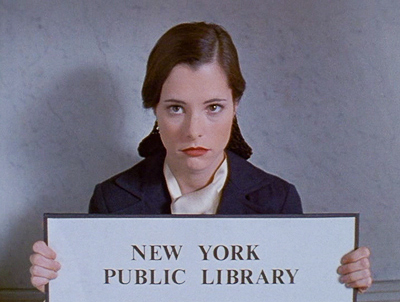 As much as I loved Clueless in my teen years, there was another fashion-obsessed, and similarly clueless, film heroine I adored. Party Girl‘s protagonist Mary (masterfully played by the amazing Parker Posey) is a sort of modern day (well, in 1995) Holly Golightly that glides from party to party — and throws a few herself — not ready to accept the grown-up world of actual responsibilities. In fact, her income is supplemented by throwing parties in her fabulous Chinatown loft and charging cover. When her lifestyle finally catches up to her, Mary takes a job at a New York Public Library under her naggy godmother’s supervision. 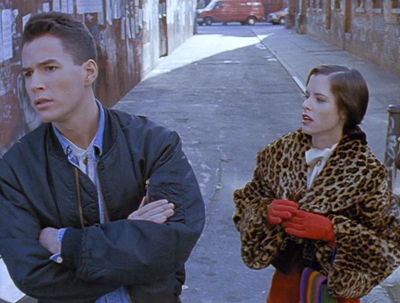 When I first watched this film, I was ten years younger that the protagonist, way over my brief grunge phase and in the midst of scamming my way into dance clubs (I didn’t drink, I swear). Mary’s wardrobe pretty much summed up everything that was right about that era, even if it seemed ridiculous at times. Back in the 90s, fashion was certainly taken way less seriously than now. Maybe it’s the nostalgia talking, but when I look at that decade in particular, it seems so colourful and carefree. I think of Isaac Mizrahi and Anna Sui as being sort of New York fashion ambassadors of this time. 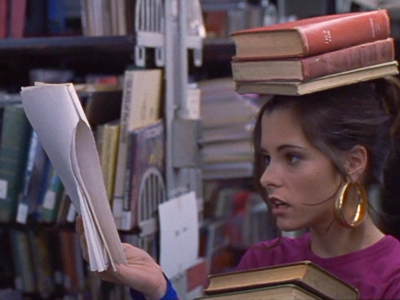 Although her life may be a total mess, Mary’s closet is impeccably organized with a newly expanded “velvet diva glam section” and carefully organized collection of jeans. (This rare and special skill eventually helps her master the Dewey Decimal System, much to her godmother’s disbelief.) Mary’s style is not effortless — it’s far from. She wears every single outfit like it’s a costume, from the leopard print jacket and red short combo at the beginning of the film to the super studious black Chanel-esque  ensemble (with Chanel shoes) at the end. 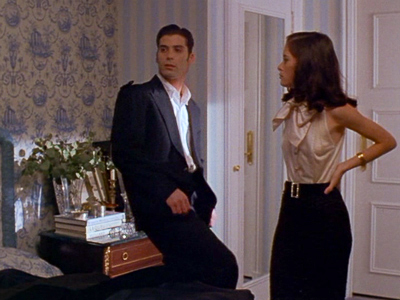 Much like Holly Golightly’s in Breakfast at Tiffany’s, each of Mary’s outfits requires an incredible amount of thought on the part of the character. She chooses them based on the character in life she is supposed to play, going from a club kid to a sophisticated dinner party goer to a librarian to a seductress of the local falafel stand owner, each outfit empowering her for each occasion. 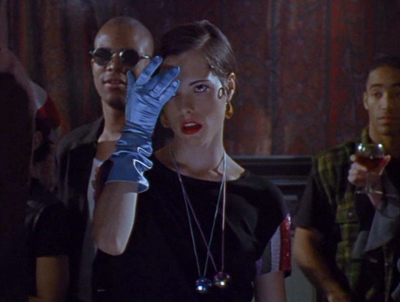 Like Clueless, the fashion in this film is not timeless, not that it should be. I love when films become really dated or, as they say, don’t stand the test of time. Then they become precious time capsules. In this case, it’s of a generation that didn’t grow up having taste dictated to them 24 hours a day like we do now, forced to figure things out on their own, from how to wear crazy Todd Oldham stuff to how to throw a wicked loft party. 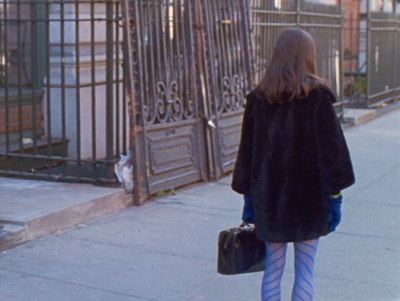 Party Girl is a story of a young woman’s transition into adulthood. But no worries, it’s not a touchy feely one. Mary is at once likeable and unlikable. Because even at her lowest moment, having fallen off the good girl track she utters witty things like, “I would like a nice, powerful, mind-altering substance. Preferably one that will make my unborn children grow gills.” Watch it for its generational sincerity, the colourful fashion, and the ridiculously underrated Parker Posey.
PS. Sorry about the blurry screen caps.