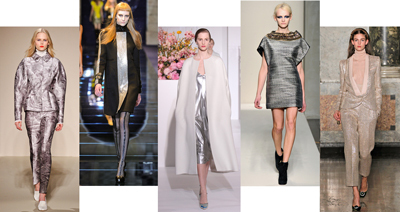 Milan is a home to some of my favourite labels, mainly Prada and Jil Sander, the latter of which is perhaps my most loved collection of the season. Not only was it flawless, but it also marked Raf Simons’ last collection for Jil Sander — a match that was made in heaven (although Jil Sander for Jil Sander can’t be far from it either). This season, Simons not only convinced me to give pink a chance, but also to take a second look at metallics, a colour spectrum I’ve been avoiding for years. 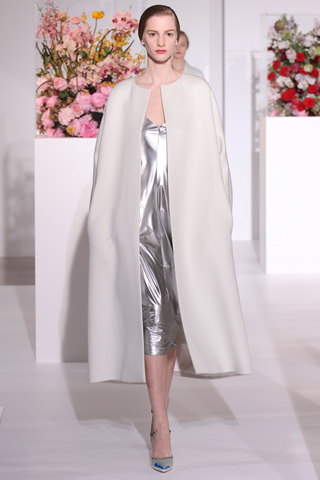 This silver lamé dress held no associations I usually identify with the fabric: horrifying disco numbers. It was the most elegant treatment of the material I’ve ever seen, made even more regal with the juxtaposing soft snow white coat. 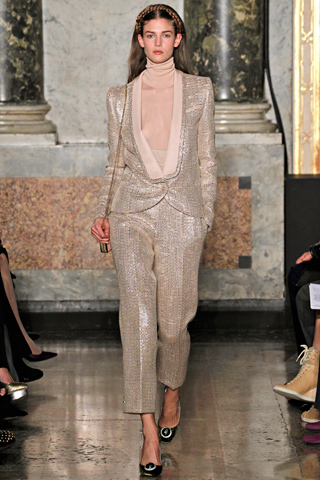 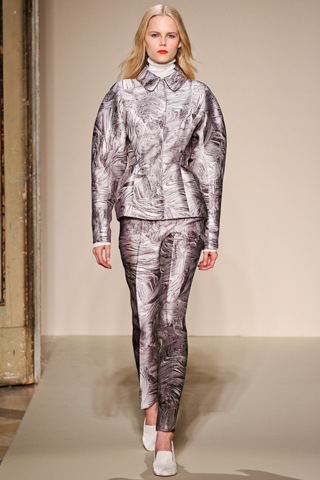 Another shiny suit that caught my eye was this swirly, shiny silver number by Gabriele Colangelo. I’ve always been an avid lover of jackets featuring rounded shoulders, reminiscent of Christian Dior’s New Look. I have to admit that I haven’t paid much attention to Colangelo, but this collection is pretty outstanding. 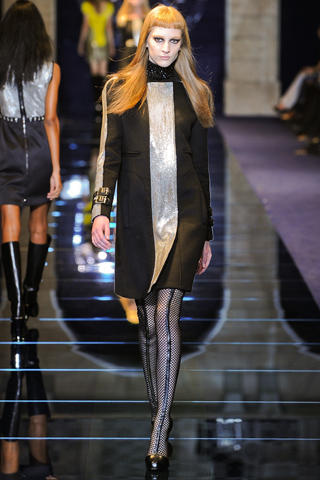 Versace
I didn’t like much from Versace’s collection, except for this coat, which I think is spectacular with its vertical gold panelling on the front and the arms. It just hit that perfect combination of sporty elegance, futuristic vibe and Versace opulence. 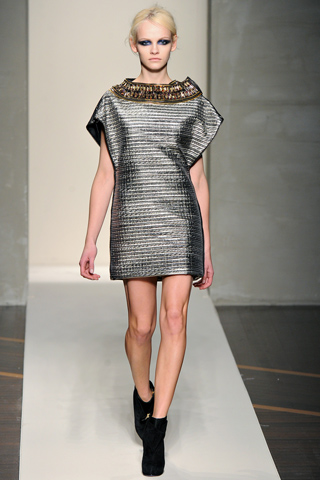 And lastly, here is a little ’60s (not disco!) mini dress by Gianfranco Ferré, with its own slightly futuristic spin. This upholstery-like metallic fabric compliments the structure of the dress, with the stiff sleeves just sort of heavily floating in the air. Kind of reminds me of Edie Sedgwick, which is a good thing.

Usually I find metallics hard and heavy (Balmain comes to mind), but this time around they were soft and elegant.