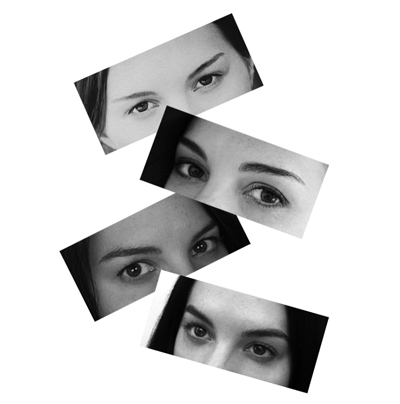 my decade of brows
Sometime in my late teens, I thought it was a good idea to pluck my eyebrows beyond recognition. I honestly can’t remember why, but I kind of recall looking at photos of Kate Moss and admiring her pencil thin brows. Little did I know that it was going to be a giant pain in the ass (although my mom did warn me about it). If you look at the picture above, you are looking at the evolution of my eyebrows in the last decade or so. Kind of shocking, right? Yes, I went from the scary thin straight Vulcan (hello Spock!) brows (here is a full picture) (hey, at least they weren’t porny looking!) to the full arches I have now. 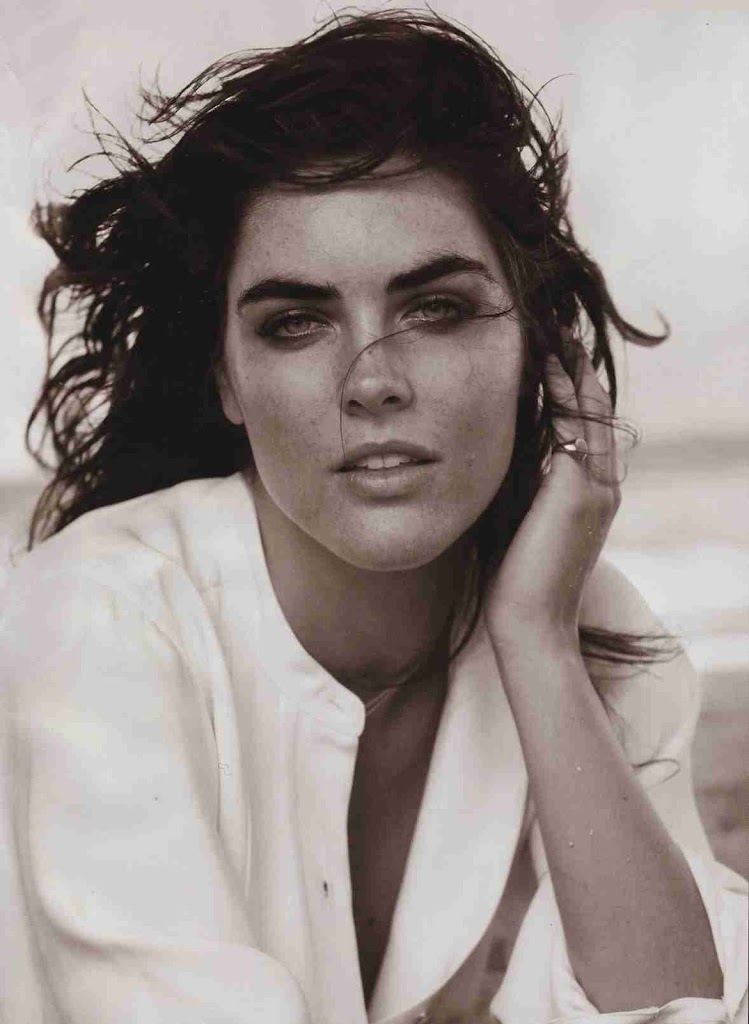 Hilary Rhoda (Harper’s Bazaar, April 2009)
Last October, I decided to grow them out once and for all to their natural state, avoiding plucking at all costs. It was tough. I patiently waited as hairs grew unevenly, making one brow way thicker than the other. They don’t all come out at once; hair growth is a super random occurrence. The worst was the hairs above the existing line of the brow: it looked like I was growing random facial hair. At the moment of weakness, I googled pictures of Hilary Rhoda, Arizona Muse, and 80s Cindy Crawford. “I have to stay strong,” I told myself. A little brow gel and filler went a long way, masking the spots that were still emerging (more on that in a couple of weeks).
Finally, last January, they began resembling something I sort of remembered from my childhood. Epiphany: I was born and blessed with Brooke Shields-like things. Sweet! I wanted to see how far I could grow them and purposely didn’t deal with them before heading to New York, prompting one makeup artist to bluntly ask me, “What’s the story with the brows?” Ouch! I guess it was finally time to groom. (But really, how rude was that?)

after grooming
To do the honours, I contacted Alisha Noon at Beautymark, Vancouver’s brow queen. I told her that “I want 80s supermodel brows,” and explained my growing debacle. She told me she had gone through a similar ordeal, only her Kate Moss was Niki Taylor (oh the 90s!). First, she waxed those rouge hairs that were sort of blending into my hairline, then she took her tweezers and started plucking. Alisha purposely left the outlines kind of soft, avoiding that sharp Kim Kardashian effect. But we weren’t done yet. Some of the hairs were almost half an inch long (I’m not kidding) and it took some scissor action to tame them down. Looking like a complete mess for four months totally paid off. The final result was everything I was hoping for: well-groomed brows without any hard edges that looked completely natural. Phew! Done. I’ve got good brow game now.
Have you ever over-plucked and then tried to reverse the damage?

To book your eyebrow consultation with Alisha Noon, call 604-218-6000 or email alisha_noon@yahoo.ca.