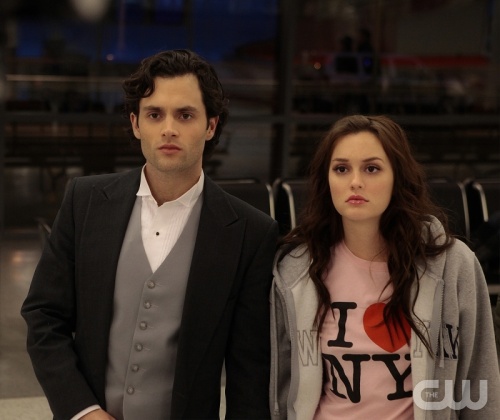 I liked this episode. Until the very end, when it took two giant steps back. Just as I thought we’d finally be rid of the ol’ bore known as Prince Louis aka the show killer, we were forced back into that tired storyline. “It’s only a year,” said Blair. Only a year? Please, make it stop. Now.
As I predicted, Blair and Dan on the run were a delight…sadly, a short lived one. As helpless as Dan is about scheming, their ultimate fall was due to Blair’s cluelessness about ordinary life and the inability to survive something so seemingly banal as an airport. Because in her world, a front page of the New York Post is just as valid of a documentation as a passport. And in her world, knowing that Elizabeth Taylor got her marriage annulled in the Dominican Republic half a century ago is enough to spark an ill-fated runaway plan. This is why we love her. She’s like a little alien. 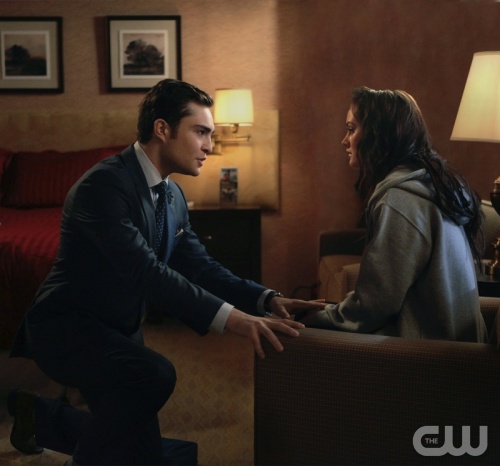 But then, there is also her delusional “I have to be my own woman” shtick. For someone who comes from a privileged background, she should be used to people paying her way. Poor Chuck, that dowry was probably chump change to him — he is a boy billionaire! How is “selling” yourself to a man you don’t love so you can protect your family’s fortune any better? Beats me.
But thank you writers for acknowledging real life: “You know what everyone said to Charlene Wittstock when she tried to run, and she was an Olympian,” remarked Blair. Thank you! So does that mean Her Annoying Highness Sophie is Prince Albert’s sister or a cousin? I hate to say it, but did Blair’s wedding seem really un-royal? It was in New York, not attended by any other royalty, and guests got down to “Moves Like Jagger”? Seems so…pedestrian.
Not pedestrian: the Burberry lace trench Serena wore over her Vera Wang bridesmaid’s gown. Adorably pedestrian: Blair in I ♥ New York gear. Sorry, not much fashion this week.
You know you love me.
xoxo,
It Girl