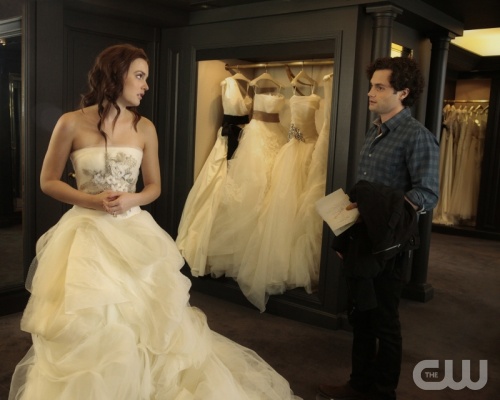 I was so angry at this episode, which is why I procrastinated on writing this post. There were elements I liked…okay, only the fact that they skipped the whole post-crash drama (well, kind of). The rest was so unnecessarily backwards. Like medieval times backwards, where our favourite character Blair has been demoted to a superstitious, delusional weirdo that promised God (nothing against religion; just this storyline) that she’ll marry the Prince if Chuck survives (post-traumatic stress disorder is not an excuse for this amount of stupidity). This is dumb. Beyond dumb. I can’t even talk about it. What happened to our Queen Bee? We haven’t seen her in years it seems. Over the holidays I watched the first season from start to finish — the brilliance that it once was. 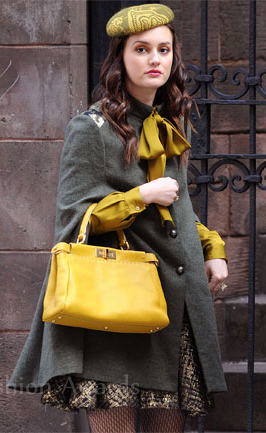 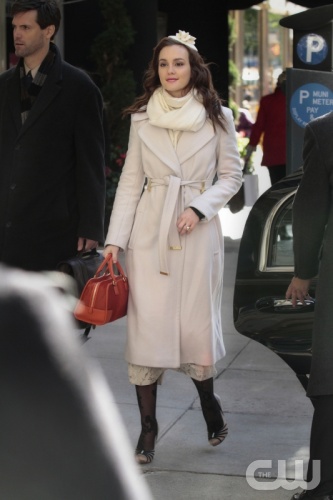 Diane von Furstenberg coat
Loewe handbag
However, not as horrid as this thing which appears to be a tiny cupcake on her head. Chuck doesn’t need a private detective. Just seeing Blair sporting food-like hat objects should be enough to know that something is clearly wrong with her. 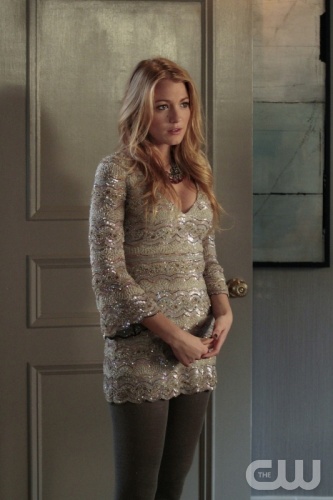 Lorena Sarbu dress
Falke tights
Sequin and Belargo necklaces
Blair is so insane that Serena seems like the “normal” one. Except that she forgot her pants. Because that is not a dress.
Hey Eric Daman, what’s happening here? Have you given up too? Because I’m about to. Dan Humphrey’s cheekbones and Chuck’s bow ties are the only thing keeping me going. Even Gossip Girl has given up! Where is she?
Thoughts?
You know you love me.
xoxo,
It Girl