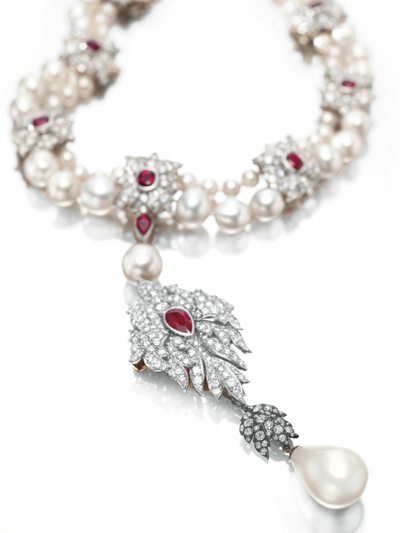 Welcome to the extreme edition of If I Were Rich, I Would Buy. At the recent Elizabeth Taylor Christie’s auction, the most talked about jewel was La Peregrina, an incredible pearl necklace, with diamond and ruby settings given to her by Richard Burton, the love of her life. It’s stunning all right, but this oversized precious pearl goes beyond the legendary Hollywood star. 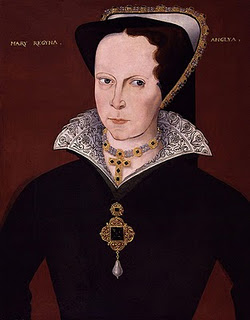 Mary Tudor of England, mid-1550s
Its history spans over five decades, when an African slave discovered it at the Pearl Islands in the Gulf of Panama. It was then, and it still is, the largest natural pearl in the world, weighing an astonishing 203 grains, which is equivalent to 50 carats.  The pearl’s finder didn’t go without a reward: by finding this pearl, he won his freedom (he should have gotten more, but that’s another story). Shortly after, it ended up in the hands of Prince Phillip II of Spain, who gifted it to his fiancé, Mary Tudor of England. Following Mary Tudor’s death, the pearl was returned to Spain, where it remained for the next three centuries. 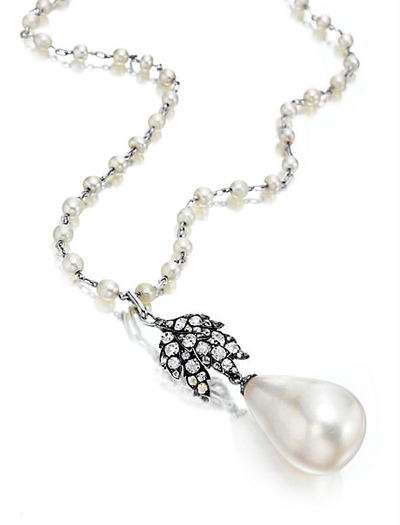 La Peregrina, the not-so-original original
During its life in Spain, La Peregrina was removed from its original setting and placed onto a fairly conventional long pearl necklace. Eventually it ended up in the ownership of the Bonaparte family, who ruled Spain for a short period of time, and in the end, during his exile in England, Joseph Bonaparte sold it to James Hamilton, Duke of Abercorn. It remained with the Hamiltons until 1969 when Richard Burton purchased it for a measly $37,000 for his darling wife, Elizabeth Taylor, at Sotheby’s in London. 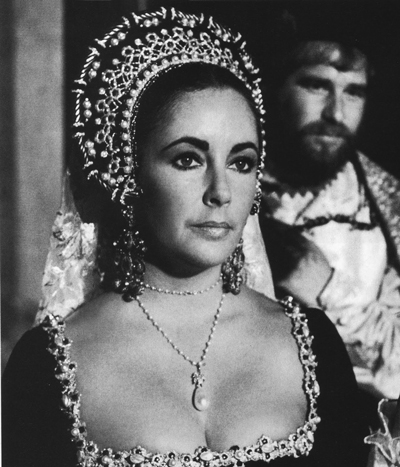 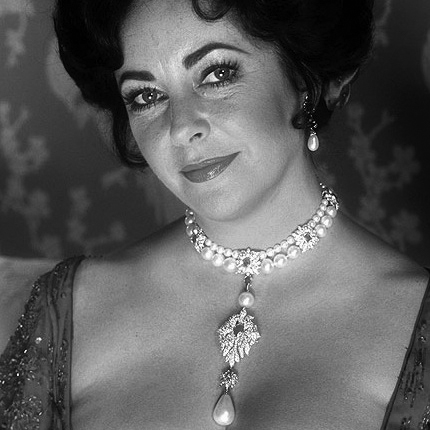 Elizabeth Taylor, mid-1970s
In her book My Love Affair With Jewelry (the best book ever, by the way), Elizabeth recalls an incident when Richard Burton’s Pekingese nearly ate the pearl by accident. Before it was reset by Cartier, the pearl had the tendency to simply fall off, and it ended up in the puppy’s mouth, and was luckily retrieved by Elizabeth before any damage was done. Phew! Can you imagine?
La Peregrina was estimated at $2,000,000-$3,000,000, but it reached a whopping $11,842,500. The question is: who bought it?