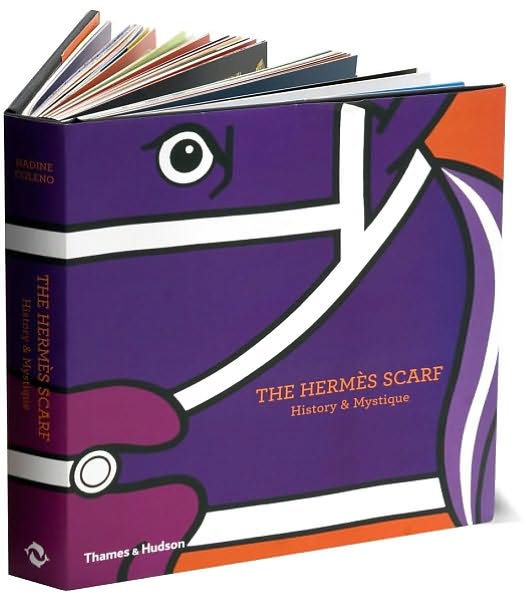 One of my most treasured pieces is my Hermès scarf (or carré, if you please). While it’s certainly not the most expensive of the luxury items, it is, in fact, the most symbolic. Beyond the Birkins and the Kellys (both of which I’m seeing everywhere these days—ugh), the scarf may just be Hermès’ crowning achievement. It’s a design that changed everything, completely assimilating itself into French dress. In fact, before Hermès, scarves weren’t really considered fashionable, and were used for functional purposes only. Released in 2011, Nadine Coleno’s The Hermes Scarf: History & Mystique  is completely dedicated to the origin and evolution of the scarf—a fascinating read. 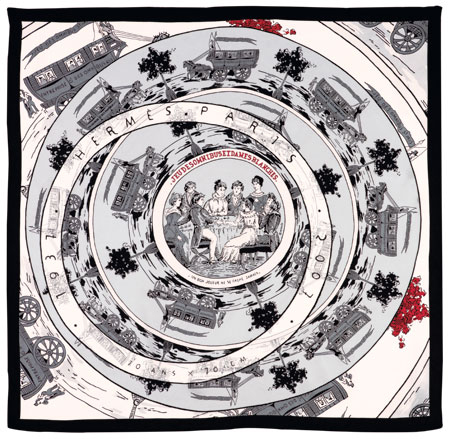 Jeu Des Omnibus et Dames Blanches (2007 re-release)
The first Hermès scarf was released in 1937 and its very first design was Jeu Des Omnibus et Dames Blanches, taking a theme from a 1800s board game from Émile Hermès’ personal collection of antiques. Its spiral composition featured well-dressed men and women at the game table, with the words above stating “a good player never loses his temper.” Surrounding them is a motif which would become a symbol of Hermès: a carriage known as “les Omnibus.” This carriage was, indeed, a player in the game, which was inspired by two competitor transport companies between Bastille and Madeleine. Like today, it was 90 cm × 90 cm, weighed 65 grams, and was woven from the silk of 250 mulberry moth cacoons. 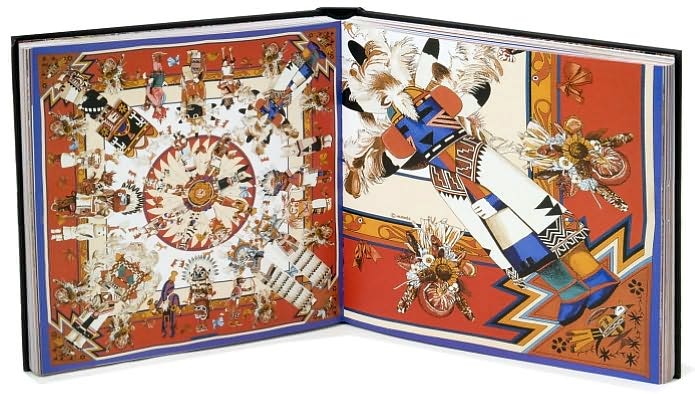 Jeu Des Omnibus et Dames Blanches was re-released in 2007 (no, I didn’t get one). Of course, since 1937, Hermès has produced over 2,000 designs—all limited editions—some featuring classic motifs (such as the omnibus, the horse, the letter ‘H’), and some quite abstract. Each year, the house publishes two series of scarves: twelve for spring and twelve for fall. But through it all, Hermès has always maintained a sense of self, a task that has proved difficult for many luxury houses where consistency had been a challenge.