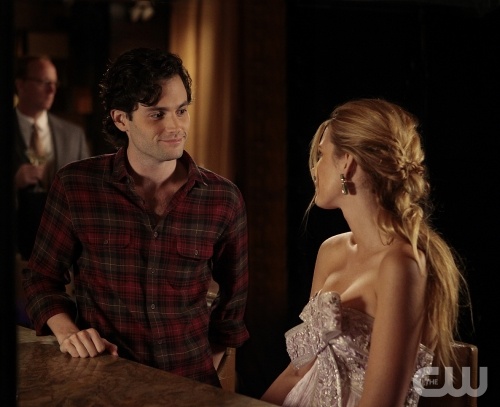 Ugh, this show. I have such a love/hate relationship with it. The love is obvious: the lifestyles, the ridiculously good looking leads, the banter, the humour, the prosperity of its existence in general. The hate: the soapy melodrama. The question is, does Gossip Girl need the latter? The lives of teenagers and early twenty-somethings are already filled with juicy things like love, friendship, sex, betrayal, family, school/career dilemmas… things that could provide endless scenarios and conflicts. Sure, that’s everyday kind of stuff, but Gilmore Girls, for example, embraced the everyday and flourished season after season. The O.C. — a show I briefly loved — lost itself in the endless drama (drugs, rape, babies, deaths, etc.) and eventually dwindled away. Did we need this Diana/Dodi-style car accident? Do we need Chuck to hold on to his dear life once more? This show works best when there is self-deprecating humour behind it. Instead of tragedy, think of all the possibilities they could have done with a Princess-on-the-run theme (Roman Holiday, anyone?). I suppose the writers were looking for a way to kill the baby, and it was a cheap way out. How about not making her pregnant in the first place? 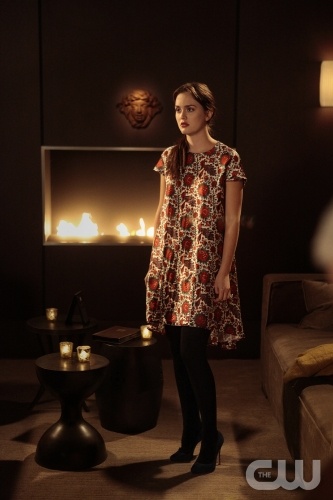 Balenciaga ‘Indienne’ dress
Brian Atwood metal heel pump
We had Blair — this time in a more stylish muumuu — once again trying to decide between two men (or three if you count Dan). Did she make the right decision with Chuck? Well, yes (although I do think Dan needs to be explored further). Both Blair and Chuck required a little push from their loved ones. Lily, of course, gave a touching speech to Chuck about how he feels like her son even though he’s not her biological child. Cue in the light bulb above Chuck’s head. Then we had Dan sacrificing his hopes to be with Blair to help guide her towards Chuck (this is heartbreaking to watch). 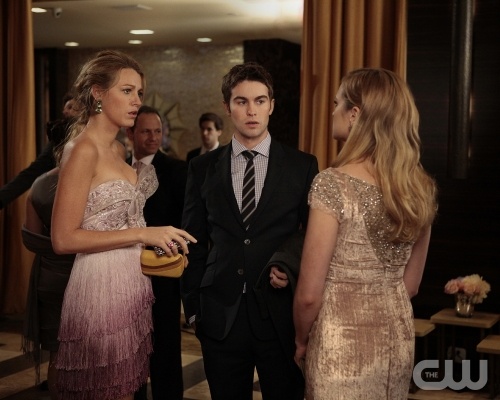 Marchesa ombre (2009) dress
Martine Wester ‘Angelina’ earrings
Of course Serena had to meddle in all of this, by trying to convince Dan to keep things to himself and let Blair be with the Prince. Methinks she really just wanted to keep him for herself. I thought it was funny how she had to refer to Gossip Girl blasts to figure out where she went wrong with her love life. How about the time when you slept with your best friend’s boyfriend? I do love how she showed up at Chivy’s debutante ball get-together, looking way better than the guest of honour in a stunning ombre Marchesa. That’s totally on purpose, right? Something tells me she’s not quite over the whole Chivy stealing her gold debutante gown and doing the whole “call me Serena” thing with Dan. 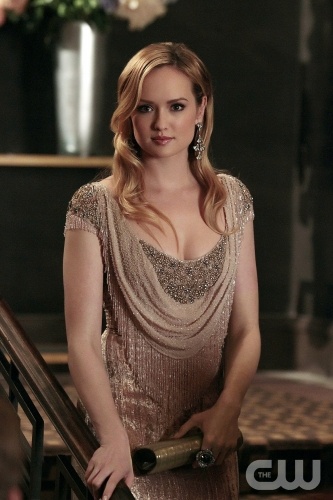 Badgley Mischka gown
Badgley Mischka earrings
It’s not a surprise that Chivy went for gold this time as well. She’ll never be Serena, and she knows it. The funny part was that none of the New York society people seemed very interested in her whatsoever. Even if Blair and Chuck didn’t show up, Serena would have stolen her thunder somehow anyways. So, is she gone? I don’t think so. I mean she hinted at the truth to Rufus, but Rufus’ brain is fairly, um, slow, so that doesn’t mean much.
As far as Chuck? He’ll live, of course. Did the right car crash? I don’t think so. I believe that car was meant for Nate. Something feels fishy here… and probably calls for Dirty Uncle Jack.
See you in January!
You know you love me.
xoxo,
It Girl