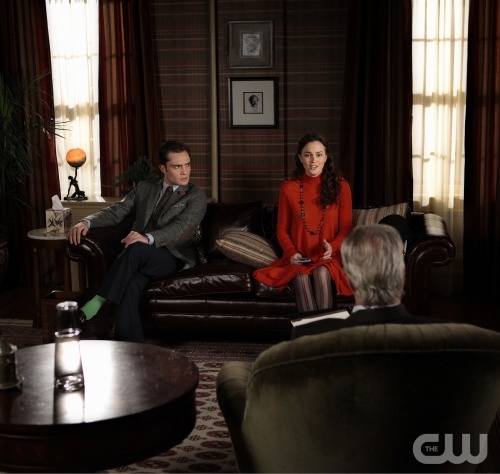 This episode was a big tease that ended up being a big letdown. Please, writers: you promise us a Studio 54 extravaganza and we end up with an episode where they don’t even leave the house. I was all disco ready, and already thinking of all the possible celebrity cameos (Bianca Jagger, Grace Jones, Gloria Vanderbilt…). I love CeCe. If she was a real person, she would probably make an appearance on my Style Icon roster — I love rich society ladies that wore Halston in their heyday. Speaking of rich society ladies, we had Nate stumbling through his first days as editor-in-chief of The Spectator, waltzing into the office with fancy hair and a slick suit, and declaring: “The Spectator publishes truth!” Easy there, Jerry McGuire.

Serena’s old douchey-but-super-hot flame, Tripp Vanderbilt (Vanderbilt!) made a brief appearance. I doubt their paths will cross again though, seeing how intense this Charley/Ivy (Chivy?) thing with Max is at the moment. I enjoy Chivy swarm under all those lies. But wait, what did Carol mean when she said, “If they knew the real truth about Charlotte, they’d never forgive me?” Is she, like, dead or something? 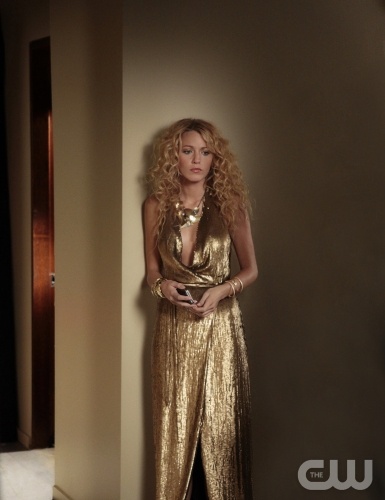 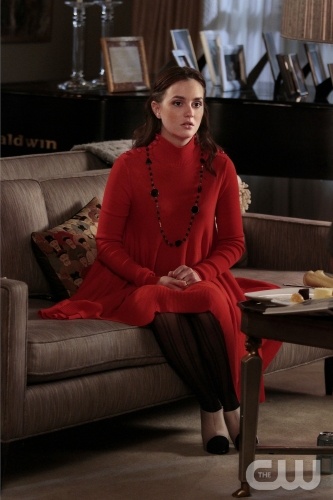 Alexander McQueen dress
Stephen Dweck necklace
DKNY tights
Topshop two-tone booties
On the opposite side of the spectrum, Blair was frumpy frumps. Please, she’s like, what, two months pregnant and already in muumuus? It was just sad. I did enjoy her and Chuck’s storyline. It’s almost like she’s chasing him now… I like that. My Chuck may now be a better man, but he still knows how to play the game. And wear green socks (scroll up!), because I love a man that knows socks are just as important as ties.
Cute seeing the star pasty chef, Sylvia Weinstock, do a little cameo. But no Thanksgiving pie for Blair? I feel cheated.