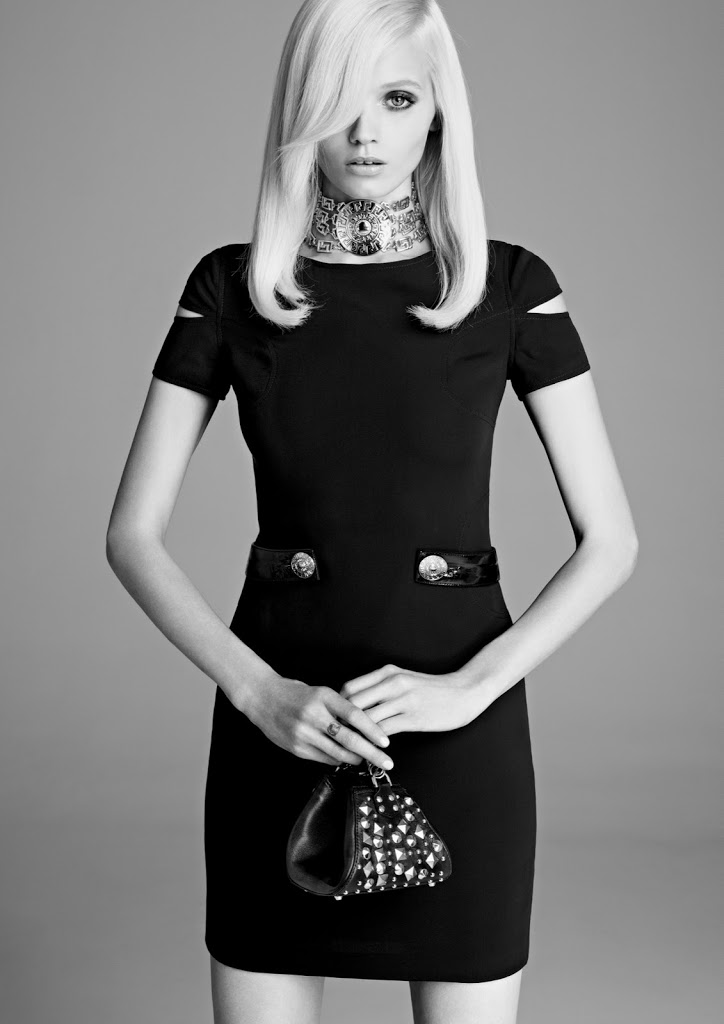 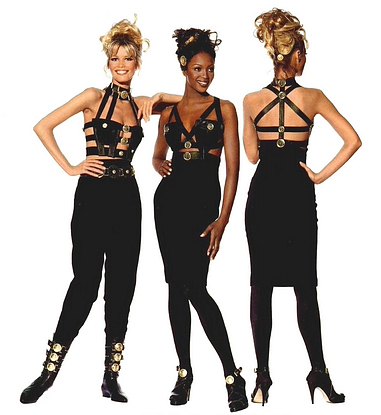 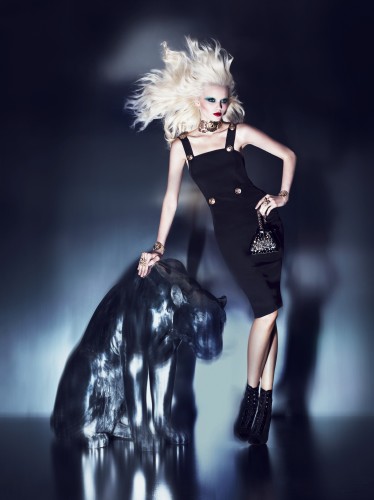 Silk Dress ($179)
Gianni Versace gave us sex and amazons from the very beginning. In the 70s, it was Gia Carangi and Jerry Hall in skimpy silk negligees, big hair, big makeup. In the 80s, it was all about pantless Janice Dickinson. Then came the 90s and the supermodels, and with them came leather, lame, prints, and bondage. Class? Please, Versace is for a girl with a slightly perverse edge. 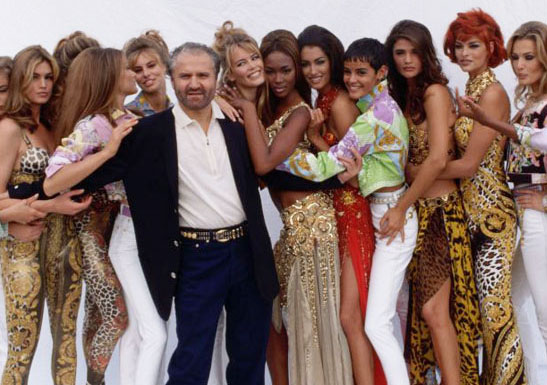 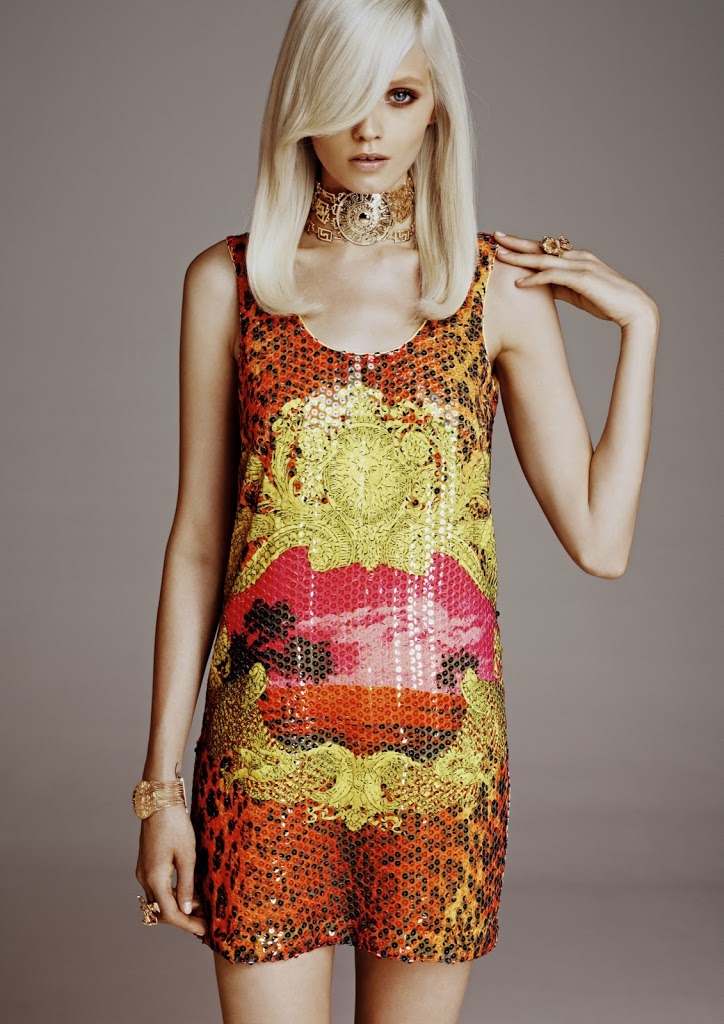 Sequin Dress ($149)
That’s not to say that it can’t be pretty, or fun, for that matter. Gianni Versace saw the world in a very jovial way; his world took beautifully extravagant things from different eras (like ancient Greek or baroque times) and places (from iconic Italian motifs to tropical themes, like birds and his beloved palm trees). Versace’s collections were about fun and extravagance — even in bondage, the girls were smiling. 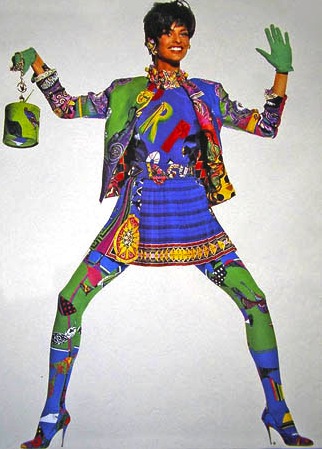 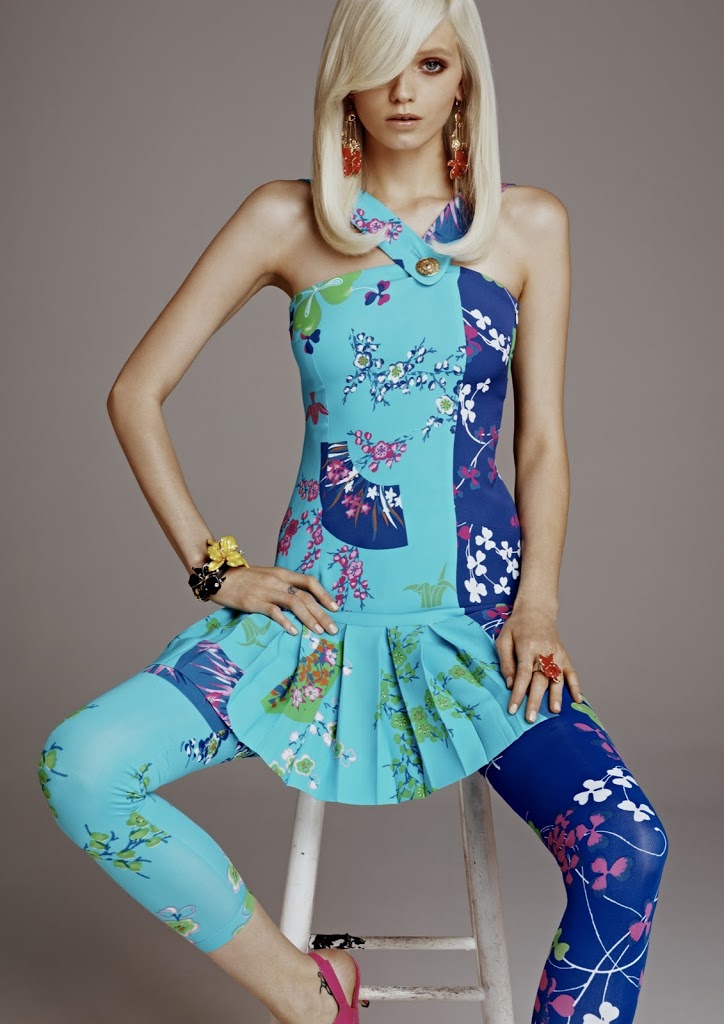 Silk Dress ($179); Leggings ($34.95)
As I’ve written before, my first introduction to the world of high fashion was in the early 1990s, through the Big Six, Gianni Versace and Alaia (I’ve written about both before, several times). So… my love for Versace’s iconic prints and sexy everything knows no bounds. Sure, most of it is nostalgia, but in some ideal world out there, I would love to see women look like Versace women. And I would love to be one of them. 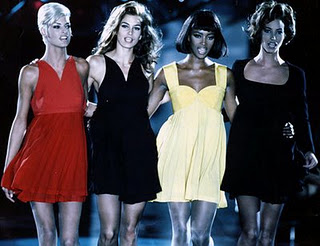 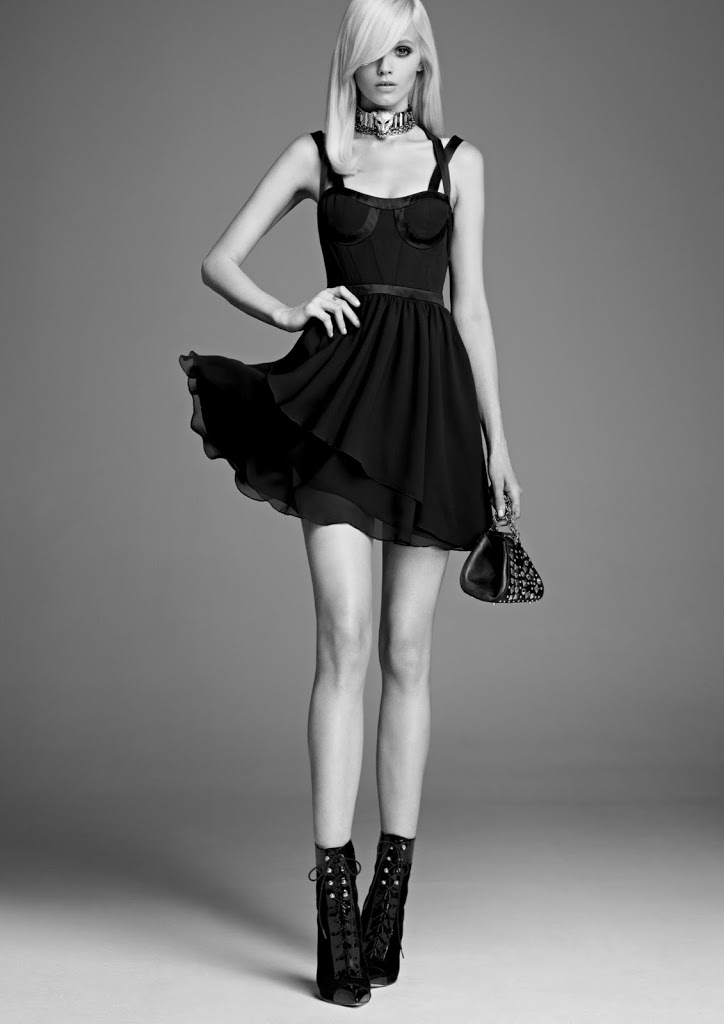 Little Black Dress ($179)
Let me explain. A couple of weeks ago, I got together with a couple of my girlfriends and it turned out that all three of us were wearing an identical outfit: black skinny jeans, some oversized sweater of sorts, and Rachel Comey looking boots. And all three of us had some kind of version of a vintage leather flap bag. “Shit,” I thought to myself, “so much for individuality.” (Sorry girls.) 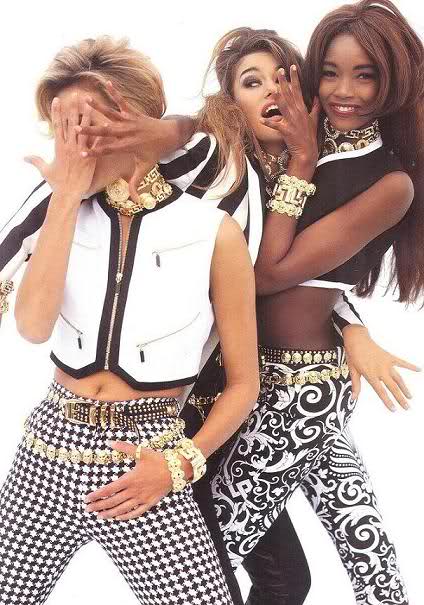 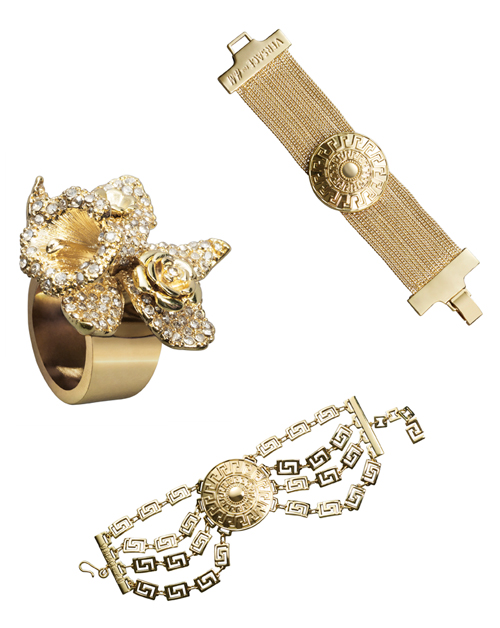 Bracelet ($34.95); Necklace ($59.95); Ring ($24.95)
This wouldn’t happen to a Versace woman; she is no wallflower. Versace has always been very bold, and both Gianni and Donatella have made no apologies for that. Versace sits on that intriguing line between high art and kitsch, and more often that not, is leaning towards the latter. But what I see, when I look at the individual pieces, is an opportunity to embrace something new: the audaciousness that is Versace. And why not? It’s been twenty years in the making.
Who’s with me?
Saturday, November 19th, The Toronto Eaton Centre, Bloor Street, Yorkdale Mall, Downtown Montreal, and the Pacific Centre in Vancouver (where I will be).
PS. Remember Lanvin? Shop nice. And be aware of the “lurkers.”