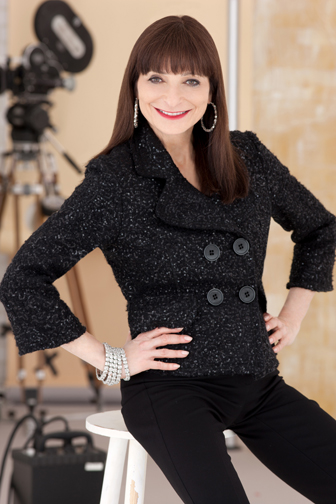 It’s rare that I ever get star struck, but that’s exactly what happened when I got the news that I was going to interview Jeanne Beker for Vitamin Daily. This was not the first time I encountered this legendary fashion journalist, a woman that forever changed how we experience fashion with Fashion Television. I sat across from her — again, star struck — at Toronto Fashion Week last spring, and I was in the audience, among the sea of fans, when she presented her debut collection for EDIT at The Bay last fall.
But an one-on-one encounter is different. Like so many of you, I grew up watching Jeanne, as she introduced me to so many figures of the fashion world. Without her, my fashion knowledge would not be what it is today. So, of course, I took the opportunity to ask her everything, and she, being a consummate professional, offered such insightful answers.  It was more of a conversation, rather than a Q&A, and that is a sign of a great interview. Here’s the link:
Vitamin Daily—A CHAT WITH JEANNE BEKER.
And below are a couple of extra snippets from our conversation. Enjoy!

What was the last show that really wowed you?

I’m wowed by a lot of stuff. Just last week, Marc Jacobs and Louis Vuitton in Paris was so phenomenal and Karl Lagerfeld and Chanel was breathtakingly beautiful. And even what Sarah Burton did at McQueen or the Gaultier show…. But it wasn’t that the clothes themselves were “wow, I never thought of that before”: we are not seeing much of that. I think in the ‘60s, we saw a lot of innovation, things we never thought of. Paper dresses and vinyl coats, really kooky stuff — we really thought out of the box.
There is a lot of experimentation going on with fabrication and a lot of technological advances. Hussein Chalayan is fabulous, an almost kind of avant-garde type of designer; he has a show in Paris right now — a retrospective of his work — at Musée des Les Arts Decoratifs. He’s really pushed it in interesting ways: dresses that were operated with a remote control. I’m surprised that we don’t see more of that, more computer technology in clothing, fabrics that would adapt to climate change. I think seasonal dressing is becoming old-fashioned.
We see it in activewear with “smart” fabrics, but not quite on the high fashion end.
It’s such interesting stuff. I’d like to see more of that. Then again, there is also great appreciation of what came before and our appreciation of fashion history has never been greater. It’s great to see young generation with really great reverence for what came before: vintage dressing and nostalgic kind of lines, silhouettes, prints and fabrications.
Obviously, fashion journalism has changed immensely since you started. What do you see as the future of journalism?

With the nature of journalism, we are always going to need the professional storytellers. But with blogs, what it’s saying is that people are getting comfortable with telling their own stories. Even when you look at reality shows, they are putting their lives out there. I’m not saying reality television is great — it’s pretty trashy most of the time — but when it works, like the documentaries Last Emperor, or the Bill Cunningham film, or even a few years back with Isaac Mizrahi’s Unzipped, it really opens up that world. I like to see more layers, more dialogue, and more personal points of view. It’s great to have designers tell their story directly to people.

I love what the Internet has done for fashion journalism and how it democratized it in that way. Someone like Tavi, a 14-15 year old girl…her opinion is as valid as Anna Wintour’s to me.  It may not be as educated, it may not have the frame of reference, but when you are talking about the gut thing…and fashion, to a large degree, is just that.