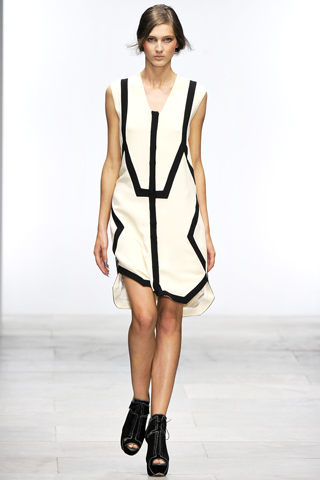 Jean-Pierre Braganza
I’ve always said that London Fashion Week is my favourite. Not because I think the clothes are the best, but because it’s the least commercial. It features mostly independent designers that are not part of large conglomerates like the Gucci Group, LVMH, and, to a lesser extent, Prada. This means every collection the designers put out could potentially make or break them, and that’s a tough thing to deal with. Of course, most do have financial backing and investors, but it’s on a lesser scale.
The last couple of years saw the rise of the print and a few designers were catapulted into household names, most notably Erdem and Mary Katrantzou. But at the same time, there is a quiet minimalism that’s also emerging. London, being known for exceptional tailoring, provides a great environment for innovative silhouettes to emerge. Plus, anything that moves us away from crap like House of Holland and the Fashion East collective (or whatever it is) is a great, great thing. 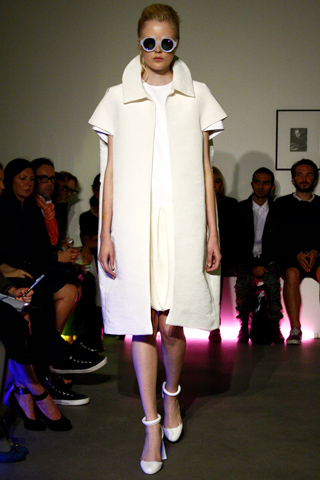 Thomas Tait
There are a few exciting names to keep an eye on, two of which are Canadian: Jean-Pierre Braganza and Thomas Tait. Both are young and incredibly talented. Tait’s focus has always been the silhouette (he told me so in this interview for The Block magazine), while it appears that Braganza has abandoned overly-complicated shapes and simplified things. 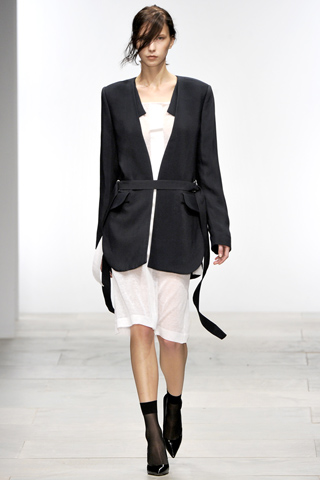 Ann-Sofie Back Atelje
Then there is one of my favourite new-ish designers, Ann-Sofie Back Atelje, who made a name for herself as the creative director of Cheap Monday. She has such a knack for making such simple things so distinctive. There is a solemn simplicity, almost a zen experience. 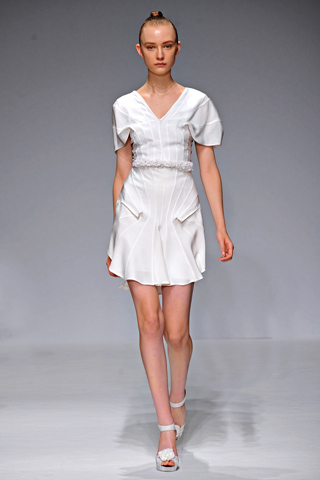 Emilio de la Morena
And, finally, there is Emilio de la Morena, whom I absolutely love (although, there are too many dresses). One could say he is a designer’s designer, always creating with an unique concept in mind. This collection was developed by a “hanging” technique, pieces built by literally hanging different elements off of one another. Given the concept, it’s a surprisingly serene result, one of layered minimalism.