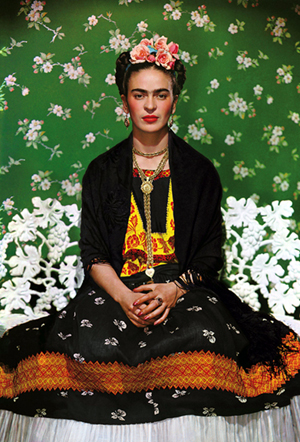 She may be a little more offbeat than my previous style icon choices of wealthy socialites and gorgeous actresses, but Frida Kahlo has been a lifelong influence for me. I toyed with the idea of doing a screen style feature on the film Frida as it portrayed her attire so beautifully, but I decided that I should focus on Frida Kahlo herself. 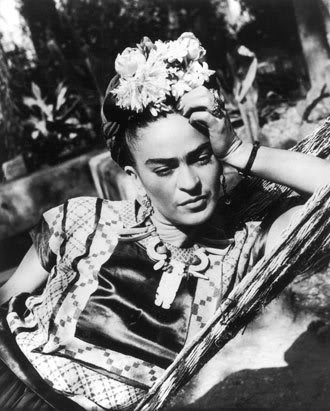 In her heyday during the 1930s and 40s, she stood out for both her unconventional work and her choice of dress. Keep in mind that this was not how Mexican women dressed at the time; they preferred less traditional, more modern city attire. Kahlo was influenced by indigenous Mexican culture, its bright colours and symbolism: traditions which she repeatedly referenced in both her work and life. 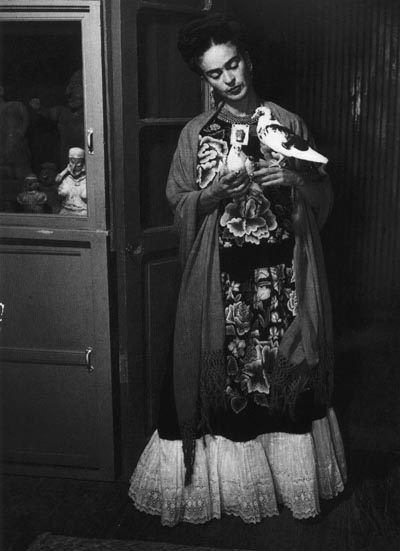 The long silhouettes, although traditional, were attributed to the fact that one of her legs was much thinner than the other — a consequence of having suffered from polio as a child. To add to her unfortunate physical pains, Frida was in a bus accident that left her bedridden for most of her life. Although she also loved to wear men’s suits, the artist was at her most comfortable in flowy, layered ensembles adorned with her favourite trinkets and flowers. 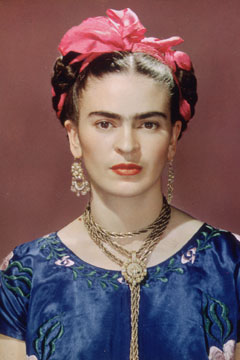 While Hollywood-style eyebrows were all the rage, Frida played up her famous thick brows, further exaggerating them in her work. Her long black hair, centre parted or braided into a tight bun, would have also been considered demode, but she sure made it work for her. A little lipstick, blush and red nail polish (sassy!) was all she needed. Frida also loved to play up her jewellery, wearing multiple pieces at the same time, often mis-matched (like the earrings above). 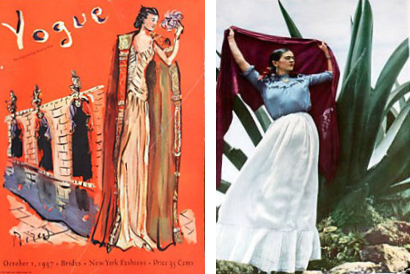 Vogue US (October 1937)
(courtesy of fridakahlofans.com)
Her earthly allure made it to the pages of Vogue US in 1937 (in the film Frida, she appears on the cover of Paris Vogue, although I’m not sure this ever actually happened) wearing one of her signature long white silk and lace skirts paired with a blue blouse, heroically holding a crimson red wrap above her head. I love that she is standing in front of a cactus — priceless. 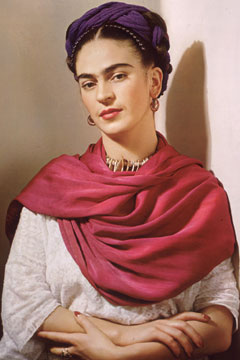 There are so many elements of style to be learned from Frida. First is the fearless layering of prints and textures. Then there is the audacious love of colour, something people (including myself) tend to overlook in their every day wear. 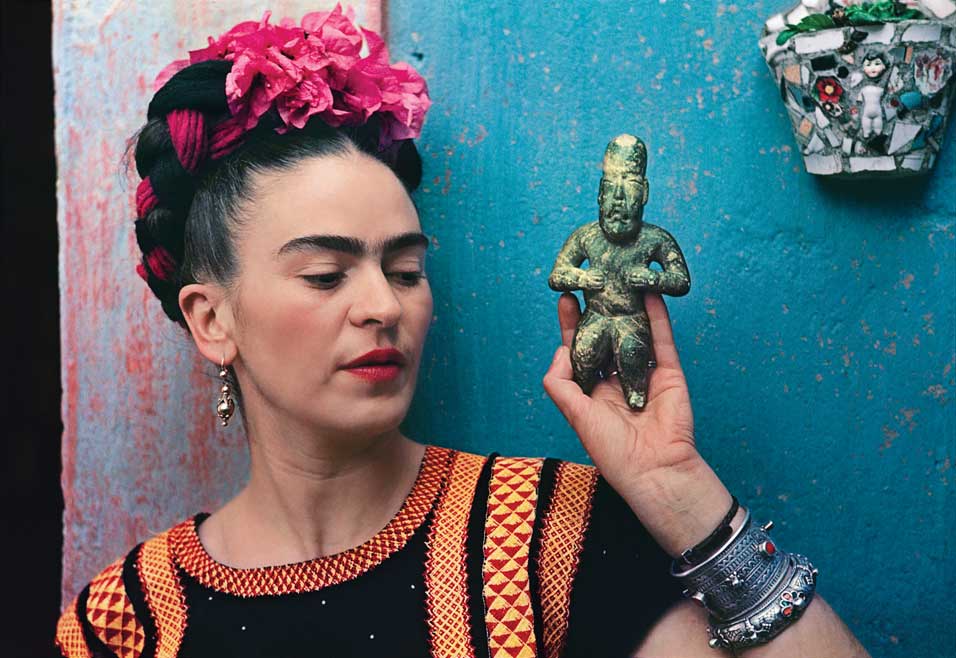 Lastly is the aggressive yet brilliant use of accessories: from multiple rings, bracelets and earrings, to headpieces, turbans and flowers, and, of course, scarves. This was a woman loving and embracing fashion to its full extent. 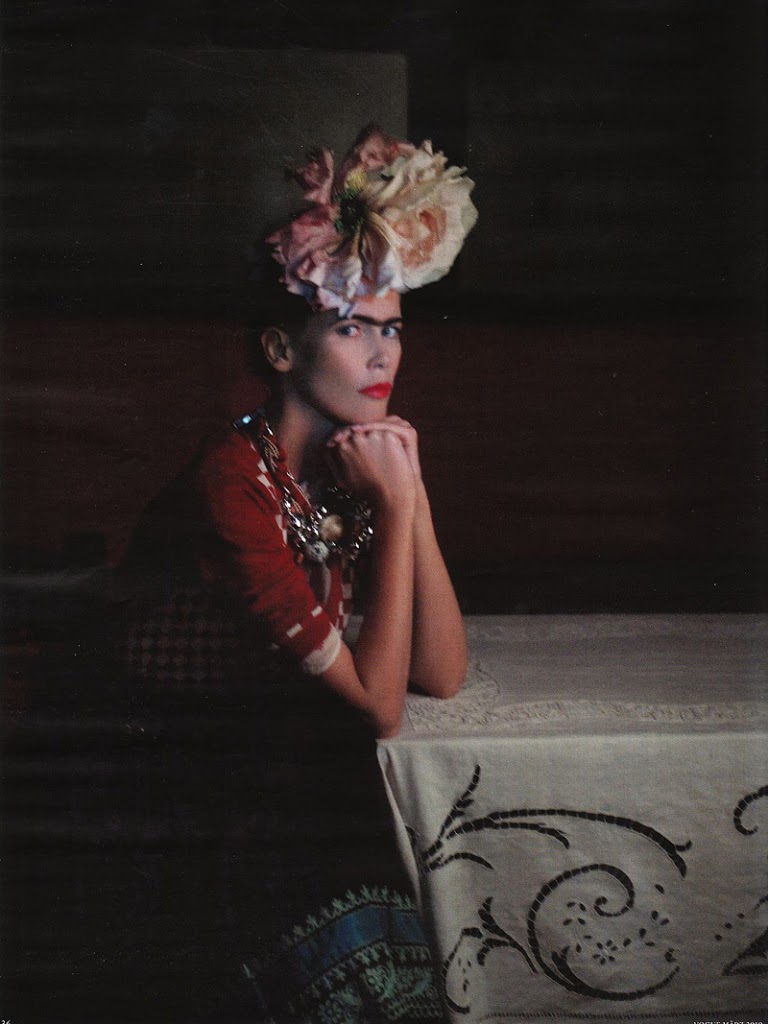 Claudia Schiffer in German Vogue (April 2010)
Her influence both as an artist and a style icon is undeniable. She was an inspiration behind several collections from Christian Lacroix, Carolina Herrera to Givenchy’s famous latest couture collections (think lace) and a muse behind countless editorials. Most recently she was honoured in Karl Lagerfeld’s German Vogue editorial starring Claudia Schiffer. But let’s face it: Claudia’s got nothing on Frida!

Have you seen the film Frida with Salma Hayek? I thought it was spectacular.