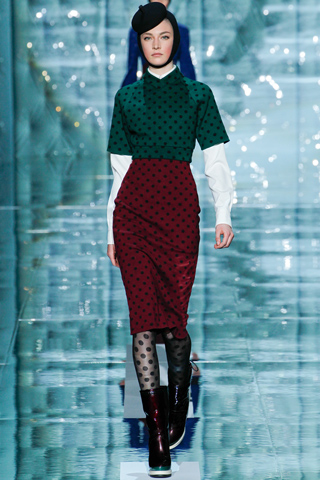 Marc Jacobs F/W 2011
Polka dots weren’t a dominant trend on the runways, but by the time it trickles down to our fast fashion stores, it will be. All thanks to Marc Jacobs and Stella McCartney, who presented almost entire collections of polka dots. It’s nothing new of course. They are classic and always in. While Marc Jacobs used a fairly traditional polka dot print, the rest experimented a little. 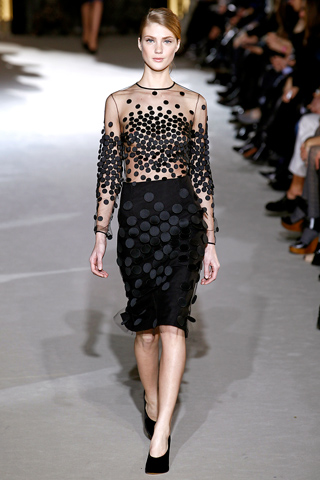 Stella McCartney F/W 2011
I have to say that I am not a fan of Stella McCartney’s F/W collection, but I do love this dress. Obviously there is a boob problem but, provided that one finds proper undergarments, it’s a really classic but playful little black dress. 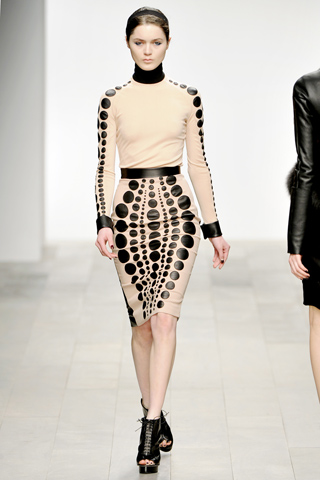 David Koma F/W 2011
I’m not that familiar with newcomer David Koma, but I’m going to start paying attention now. In this case, the polka dots were inspired by Japanese artist Yayoi Kusama and, when it worked, it really worked. 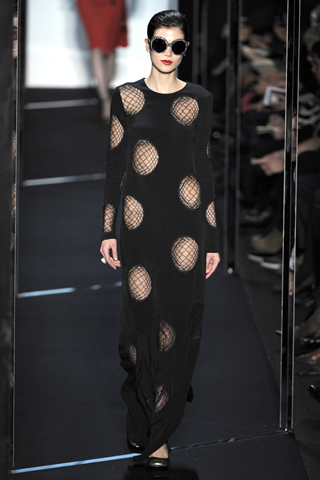 DVF F/W 2011
I really adore this long dress by Diane Von Furstenberg. When I first saw it I kind of hated it as it reminded me of that hideous Project Runway dress Heidi Klum wore. But, actually, it’s nothing like it at all. It’s exquisite with a beautiful composition of jumbo see-through dots. 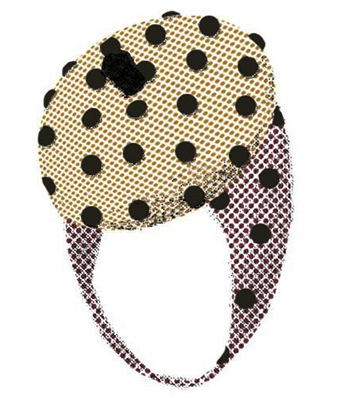 Marc Jacobs F/W 2011
RANDOM TRIVIA: I was wondering about the origin of the word “polka” in polka dot, and whether it had anything to do with the dance of the same name. Well, it does! Because the dance was so popular in the 1800s, the word “polka” was used to spice up ordinary items like jackets and hats, thus becoming “polka jackets” and “polka hats.” Kind of like these days we would maybe say “punk shoe” or whatever. Well, the only thing that stuck around is the “polka dot,” really an ordinary dot that became so much more (on paper at least).