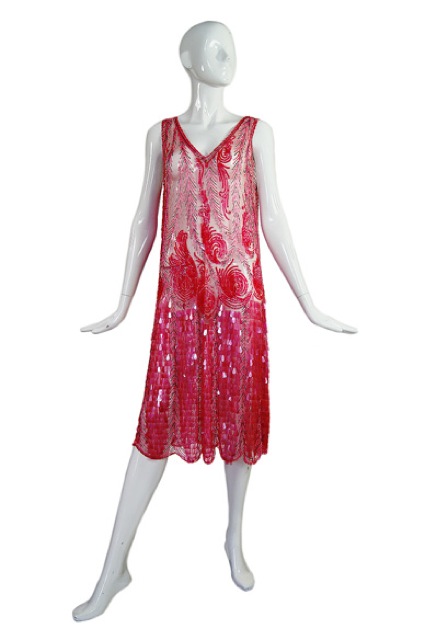 I’ve had the 1920s on my mind lately. It’s partially due to watching Midnight in Paris and partially due to Prada’s current collection, with its dropped waist silhouettes and nods to Jazz Age icon Josephine Baker. There is much to love about this era: the music, the literature, the art and the clothes. 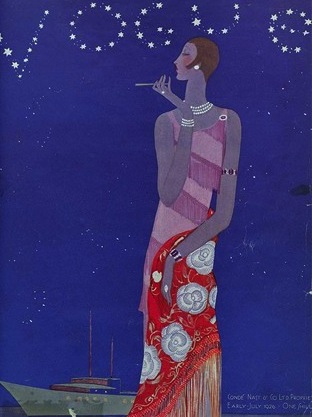 Eduardo Benito illustrated Vogue (1926) cover
The Jazz Era adapted the term “flapper” (it used to mean a lot of things) to describe a generation of women with liberated styles and attitudes. The flapper dress was their dress of choice and Coco Chanel is credited to have pioneered the look. Never one to like fussy undergarments, the new female silhouette saw the removal of corsetry and a lean towards a boyish flat-chested figure, straight waists and narrow hips. With that came the short bob and an array of wicked accessories: multiple long pearl strands, headbands and cloche hats, woven metal handbags, Art Deco costume jewellery and, of course, the ubiquitous long cigarette holder. It was also the first time that sequins and tassels left the theatre and found themselves on everyday garb (thanks for that!). 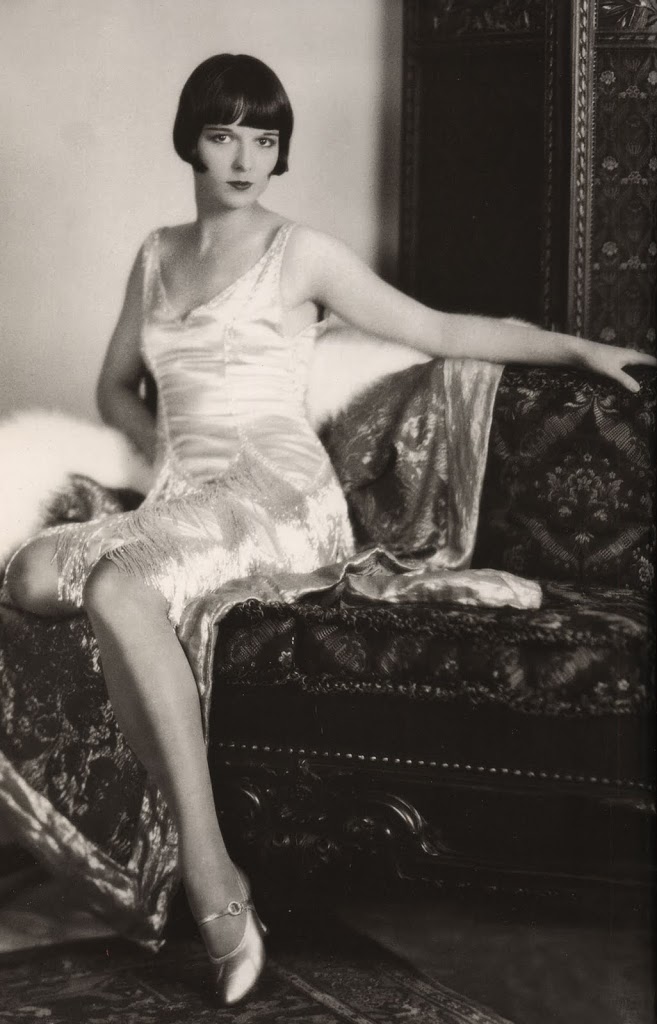 Louise Brooks
Aside from Chanel, other coveted couturiers of the era were Paul Poiret, House of Patou, Callot Soeurs, Edward Molyneux, and, for the more demure gals, Jeanne Lanvin. Women that famously epitomised the term “flapper” were the ultimate party girl Zelda Fitzgerald (played hilariously by Alison Pill in Midnight in Paris) and the scandalous Hollywood actress Louise Brooks (love her!), who popularised the blunt bob. 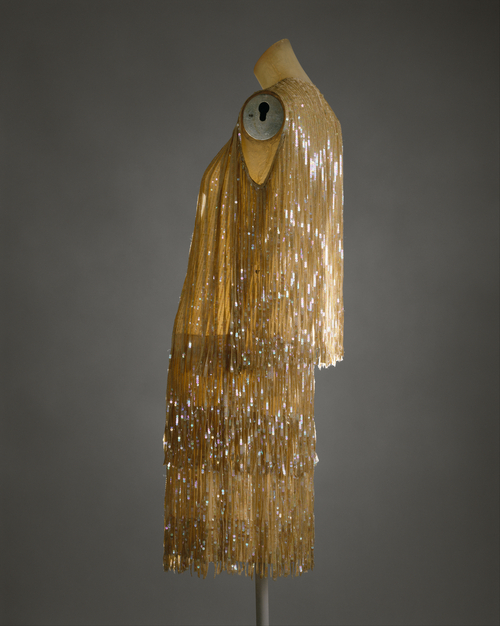 Edward Molyneux (1926-27)
Truthfully if I could have anything, it would be this Edward Molyneux gold stunner from The MET’s Costume Institute collection, but I don’t think Harold Koda would want to part with it. 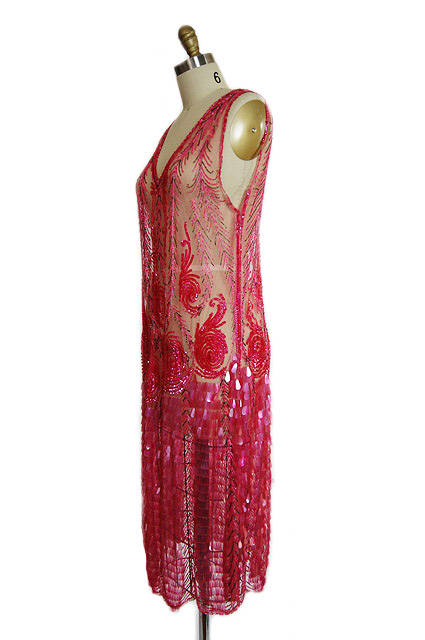 So, let’s get back to the gorgeous pink number at the beginning of the post. Although Toronto’s Shrimpton Couture has quite a few flapper dresses, this one stood out for the colour, reminiscent of the Vogue cover above, and it has both delicate beading and sequins, which is a rare find. I love how the teardrop sequins emphasize the dropped waist, appearing only on the bottom half. No label, but it doesn’t need one. It’s magnificent!
$2,200 at Shrimpton Couture.
PS. Who else is looking forward to The Great Gatsby starring Leonardo DiCaprio and Carey Mulligan?