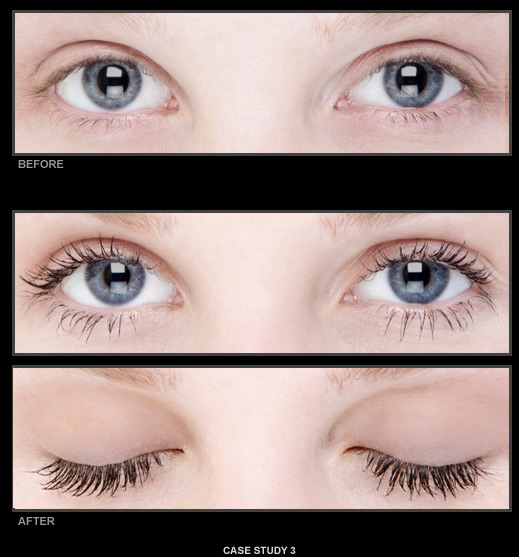 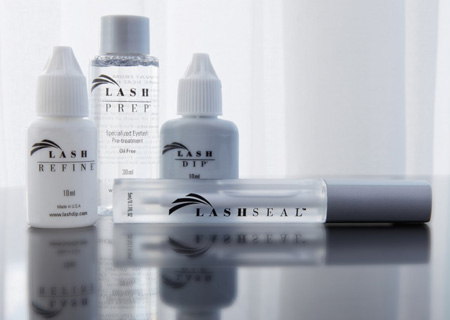 What’s LashDip, you say? Well, it’s yet another product women all over the world are going to go gaga over. Why? It promises to replace the need for mascara for four to six weeks and give you the allure of fuller, darker and longer lashes. Being a beauty nerd and a fan of Noir Lash Lounge and its gorgeous owner Joyce Poon, I just had to try it for myself.

before and after
Does it work? Yes, as you can probably tell by the before and after picture. It’s actually a big difference — just like putting on a couple of coats of mascara. Except it doesn’t come off! What is it? LashDip is a pharmaceutical grade gel substance that is applied in multiple layers by coating each individual lash. It is then cured with a waterproof sealant. Up to six layers can be applied and Joyce applied only three layers on my lashes. Is it safe? Yes: the formula consists of a black pigment and a 100% hypoallergenic triple-filtered and formaldehyde-free distributing gel. Pretty harmless, it seems.
In the end, my lashes were pretty magnificent: long, curly (Joyce curled them right before applying the gel), thick and blacker than black. And they pretty much stayed that way for three weeks now, although the gel becomes thinner and thinner as time goes by. Their hardness was something to get used to — kind of like wearing a mascara 24 hours a day.

I suppose my before and after pictures are not that crazy dramatic since my lashes were pretty dark and long to begin with, but on someone that has very blond lashes, it’s a pretty drastic difference. Is it worth it? It depends on the occasion and the state of one’s wallet. I would definitely recommend it for a tropical vacation when most waterproof mascaras fail us. Just in case you want to flutter your pretty lashes while frolicking around in the sand somewhere. Wish I had them when I went on my honeymoon!
$125 for upper and $45 for lower lashes at Noir Lash Lounge. For once, Vancouver gets something before Toronto!