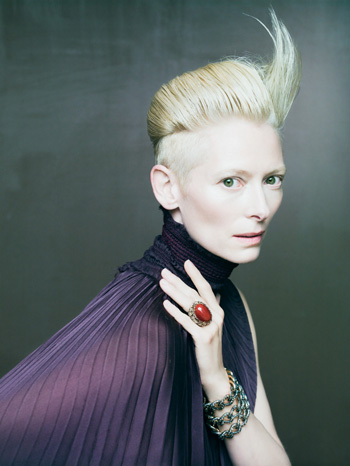 Photographed by Paolo Roversi for Pomellato
I’ve stated before that, for me, Tilda Swinton is the most beautiful woman alive. Sure, she is not your typical (and super boring) Hollywood bombshell (nor does she desire to be one), but she wears clothes like no one else. There isn’t a single woman on the red carpet that carries herself with such grace and elegance (Cate Blanchett comes close). She is spectacular. 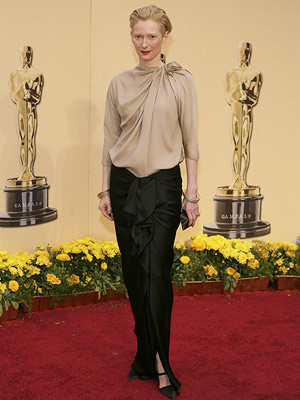 in Lanvin at the 2009 Academy Awards
“The other day, I was going through the airport security and I was searched by a male security guard. I`m very often referred to as “Sir” in elevators and such. I think it has to do with being this tall and not wearing much lipstick. I think people just can`t imagine I`d be a woman if I look like this.” — Tilda Swinton 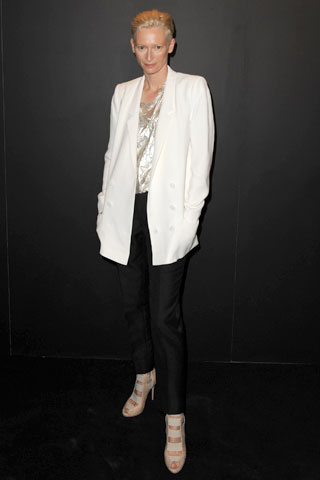 in Pringle of Scotland
People like to label her as “androgynous” but all I see is someone who is actually really classically beautiful and quite feminine, but who also has a penchant for clean and minimal lines. Her achievements in cinema need no introduction: if you ever doubted her immense talent, rent I Am Love and watch her don Jil Sander after Jil Sander while giving a performance that puts most actresses to shame. 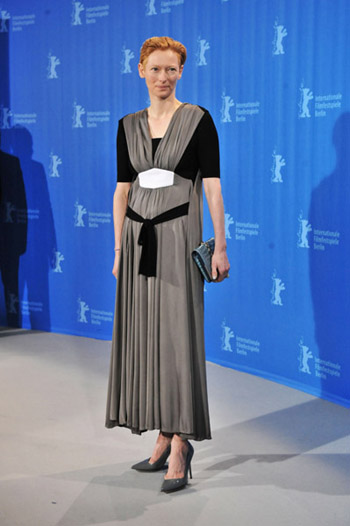 in Balenciaga
When it comes to the red carpet, Tilda Swinton is her own stylist. She is daring, elegant, never trying too hard, and always unmistakeably Tilda. She prefers designers like Alber Elbaz (who she considers a personal friend), Haider Ackerman, Jil Sander, and Pringle of Scotland, a house that she is a spokesperson for. Occasionally, she’ll stray from her favourites and experiment with younger designers like Rodarte or Hussein Chalayan. 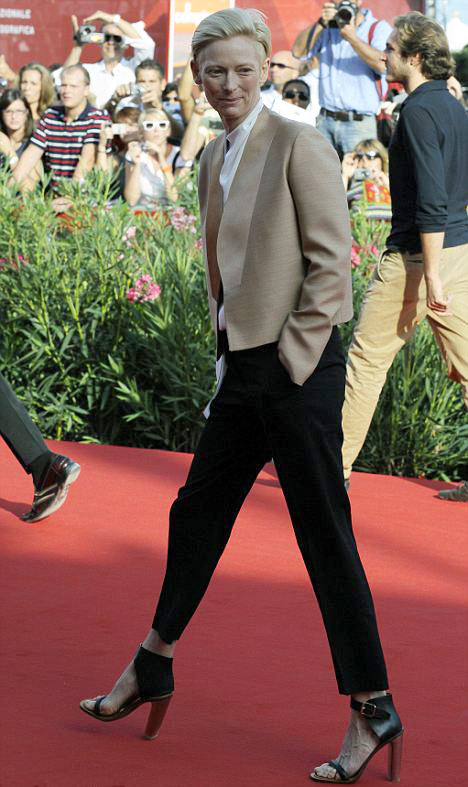 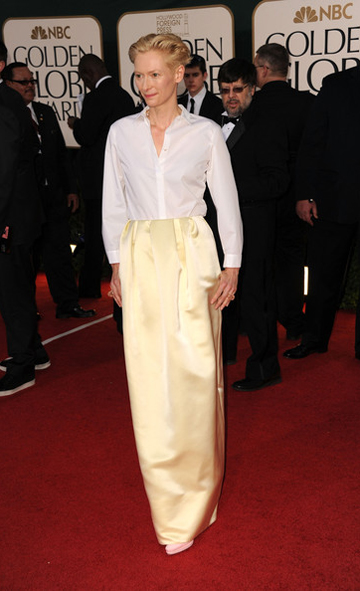 in Jil Sander
Tall, willowy, and with killer bone structure, she is a designer’s dream. And so much more than a model — there is an immense sass coming out of her, whether she is wearing Le Smoking or a draped Lanvin. That short hair always looking the same length but always doing something a tiny bit different. A woman like Tilda has her personal style so defined, the styling becomes all about little nuances here and there: the shoe, the bag, an unexpected pleat… All in the details. 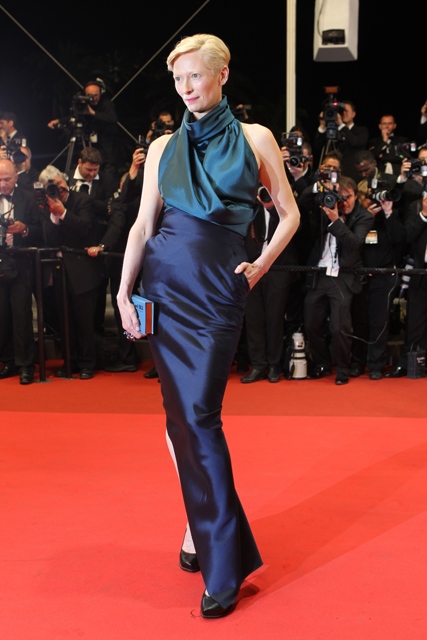 in Haider Ackerman
Do I sound like I have a bit of a crush? Because I do! A big one! I mean, even a pencil skirt and a simple cream blouse look so amazing on her! On anyone else, they would be so matronly. No one wears a white shirt quite like Tilda. 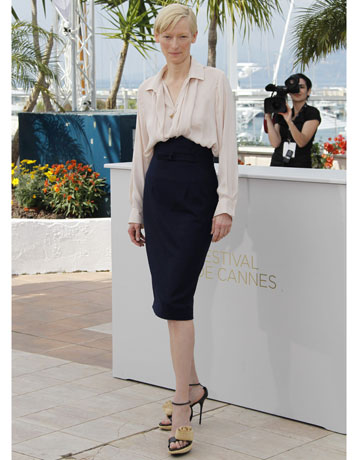 in Pringle of Scotland at the 2011 Cannes Film Festival
Can you believe she is 50? If I look half as great at that age, I’d be ecstatic! No wonder she has two men by her side…