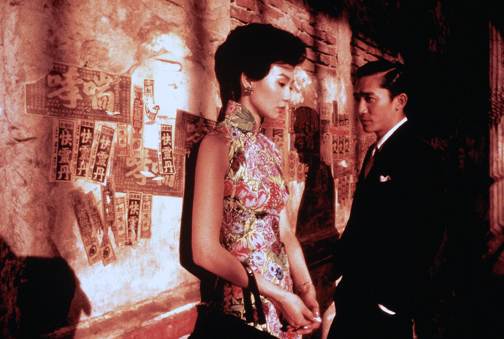 Another incredibly stylish film depicting a doomed romance is In the Mood For Love (2000), and it’s truly one of my personal favourites. Beyond the heartbreaking haunting romance, the film captures an era in fashion history that is so incredibly specific to one place and one decade: Hong Kong in the 1960s. 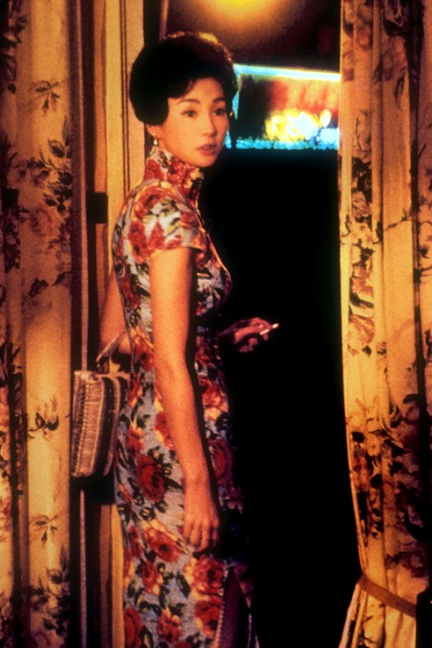 The two stars of the film, Maggie Cheung and Tony Leung, are the epitome of the era’s elegance — she with her gravity defying chignons and form-fitting qipaos, and he with his perfectly coiffed hair, slim-fitting suits and skinny ties. The time marked a period in Hong Kong when the traditional qipao or cheongsam dress (originated in Shanghai but depopularized by the Communist government post-WWII) was transitioning from its original long silhouette to a more practical one with a shorter hem as more women joined the workforce. Qipao also lost its constricting tight sleeves and embraced a slew of contemporary fabrics like geometric themes, lace and big bold florals. This brief but astounding moment was soon replaced by a looser A-line silhouette of the late 60s, deeming the tight qipao bodice too restrictive, too bounding for the beginnings of sexual revolution. 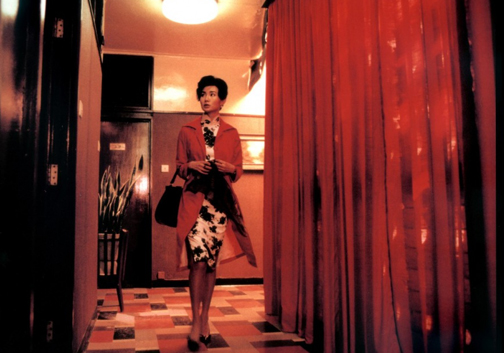 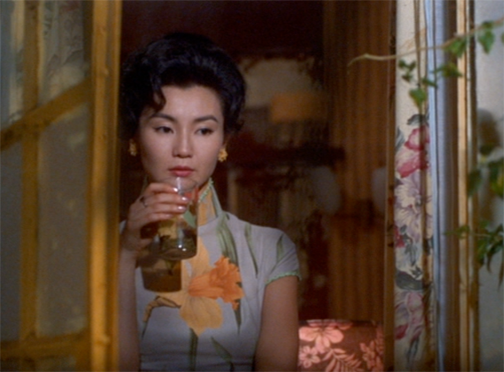 The fashion in the film mirrors the storyline of a romance too restrained, too polite to ever take off. Mrs. Chan (Maggie Cheung) and Mr. Chow (Tony Leung) are neighbours who discover that their respective spouses are involved with each other. While coping with their spouses’ infidelities, they seek each other’s company, eventually leading them to become completely infatuated with one another. Yet, because of the irony of the origin of their relationship (she tells him: “We will never be like them!”), or perhaps because of social propriety, they choose never to consummate their romance. Watching them long for each other scene after scene (some even done in slow-mo) is torturous yet captivating. 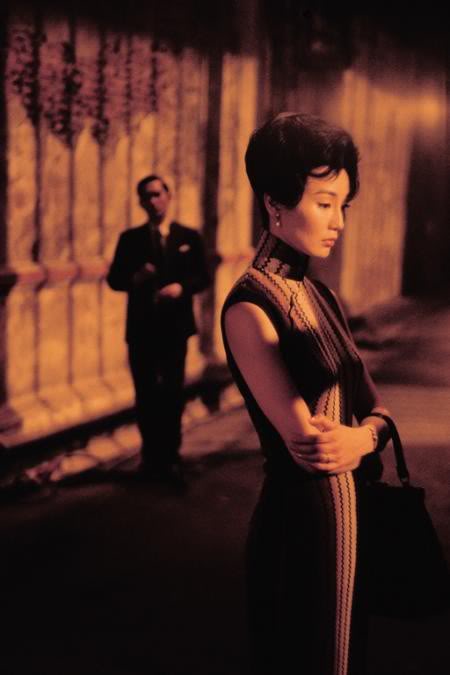 Under the beautiful direction for Wong Kar-wai, cinematographer Christopher Doyle and costume designer William Chang (both frequent collaborators) captured the era immaculately — the generation stuck in the limbo between post-WWII traditional values and those of the free-spirited late 60s. Mrs. Chan struggles between maintaining the social expectations of a married woman — albeit unhappily so — and pursuing a new life and a new love. Maggie Cheung, wearing a different qipao in each scene, gives a superb performance: full of restraint, mystery and fragility. Tony Leung is broody, incredibly sexy and, perhaps, one of the finest suit wearers of all time. 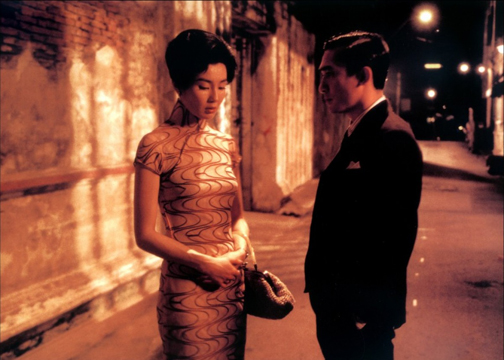 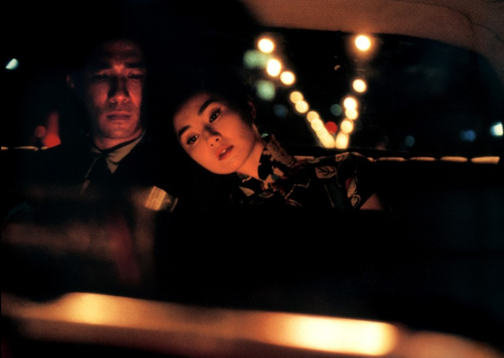 Together they are mesmerizing and perhaps one of the greatest screen duos of Hong Kong cinema. Hong Kong itself plays a supporting character, with its captivating colours and textures, mixing of the old and new.
PS. The closest I could find to Maggie’s qipaos was Shanghai Tang, although Louis Vuitton’s current S/S collection might just do.