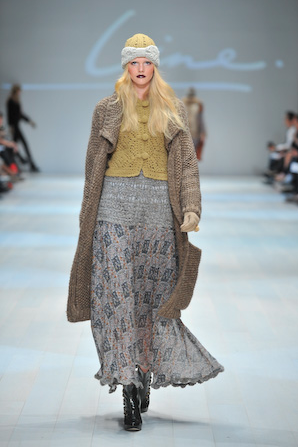 Line F/W 2011
Maybe it’s because it was freezing in Toronto last week, but all I wanted to focus on were cozy chunky knits. Well, it makes sense: it’s really cold over here in Canada!
I’ve been thinking about the Line show since it closed LGFW on Friday, wishing I had one of the long sweater coats (would be perfect for early spring too!).  It was my favourite show, although the competition, as they say, wasn’t really fierce. 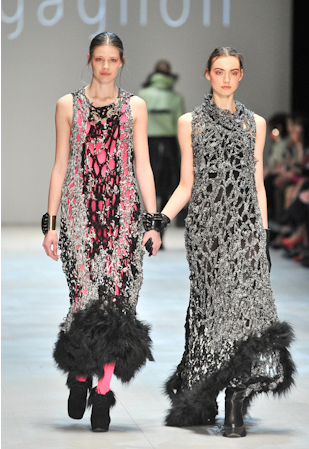 Denis Gagnon F/W 2011
Always on the experimental side, Denis Gagnon swayed a bit from his usual tough aesthetic with what come to be a very unfocused collection. But what kind of (almost) worked, other than his signature leathers, was the balance between plush cobweb knits and the dark Gagnon edge. Still not sure if anyone would wear these but you can’t say the patterns aren’t cool. 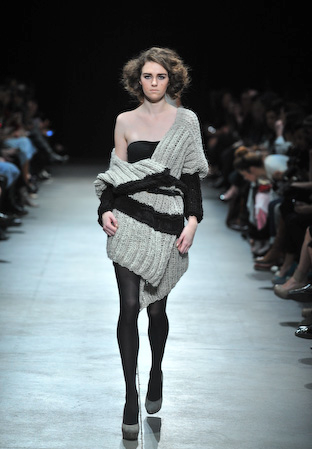 OR by Angela Chen F/W 2011
I’ve been following Angela Chen’s career closely in the past couple of years. She is a Vancouver gal slowly making a name for herself on the East Coast. I love the new emphasis on heavy knits, adding a lot of movement and sculptural element to her minimalist work. 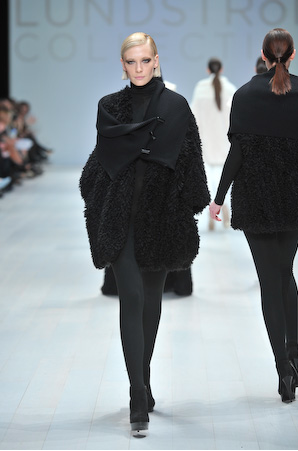 Lundström F/W 2011
Lundström’s collection was very Nordic Princess meets Upper East Sider. Glamour all the way, and then some. Among the luscious fur pieces and flowy wool coats were fluffy astrakhan knit pieces. It’s wool, but it looks like fur, so it works for me. 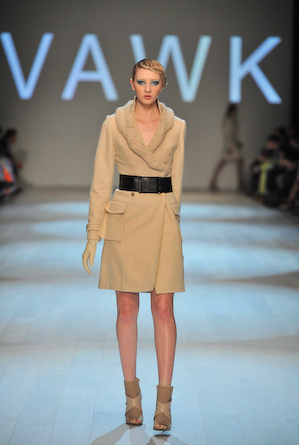 VAWK had a spectacular showing. It might just make my If I Were Rich list. This collection was all about the fine detailing, like this sculptural 3D knit appliqué collar. Truly an innovative use of the material.