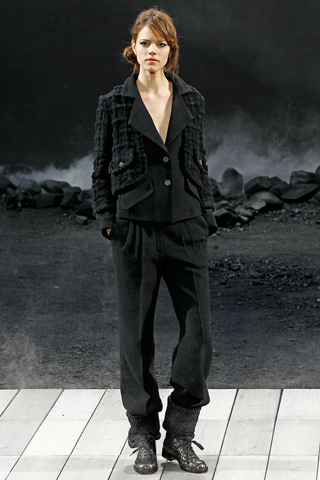 Chanel F/W 2011
Call me crazy but Paris Fashion Week was kind of blah in comparison to Milan’s. The presentation I liked the most was definitely Chanel’s. While the Chanel suit is, perhaps, one of the most uptight pieces a woman can own, here we saw a more relaxed silhouette. Very reminiscent of the 80s when the fabulous Inès de la Fressange acted as Lagerfeld’s muse. It was still pretty, but with a masculine feel. 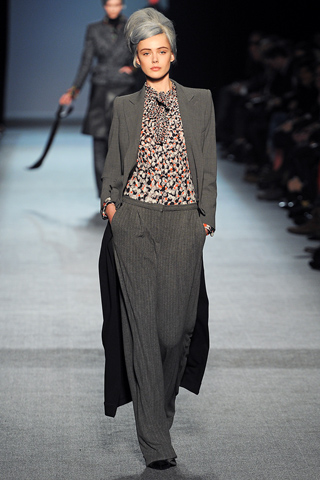 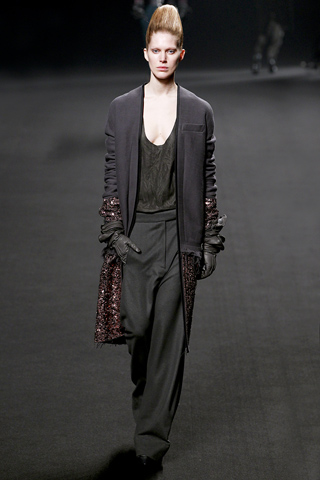 Haider Ackermann F/W 2011
Then there is quasi-goth Haider Ackermann with this amazing man-ish long coat (love these long coats) with disco sequins on the bottom half. The wide-leg trouser is an absolute must. 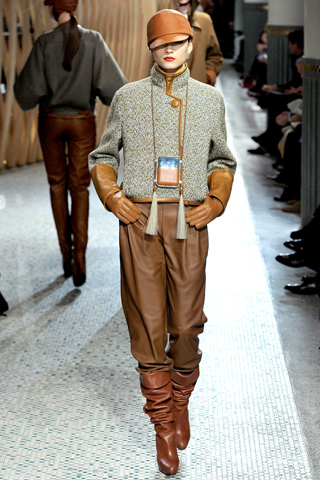 Hermes F/W 2011
I quite liked Christophe Lemaire’s debut collection for Hermes. Very sporty, which is really what Hermes was meant to be: luxury sportswear. He still has a long way to go in defining his view for Hermes but I think it’s a great start. Love the relaxed leather trouser paired with a little feminine crop jacket and a newsboy cap. Looking forward to S/S 2012! 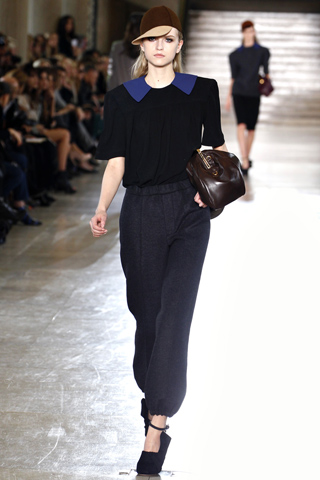 Miu Miu F/W 2011
This is about as boyish as Miu Miu gets. Actually, very little girl trying to dress as boy. Hey, I dig it. Again, cute little cap.
Thoughts on Paris? Galliano? The suckiness of Louis Vuitton (how do you say “train wreck” in French?) and Balmain (hot mess)?
Next next week: Toronto Fashion Week coverage, live from Toronto!