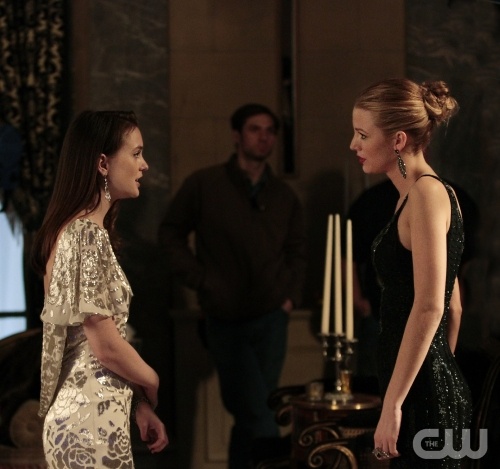 I hate when CW doesn’t give me a picture of Chuck to satisfy my weekly fix. Instead I have a million pictures of the annoying Serena. She started this episode by whining and continued throughout. Yes, Serena, some people do need to go to school and work at the same time. And, yes, spending their Valentine’s Day with you may not be their top priority. 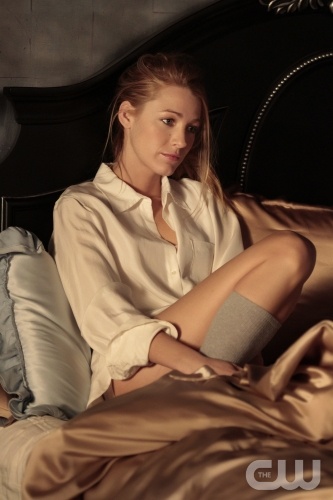 Mai cami and shorts
Nili Lotan button-down
American Apparel socks
The nerve she has meddling with Blair’s job by telling Reina that Blair still had feelings for Chuck! It’s not nice manipulating friends’ lives and deciding for them whether their feelings are a priority over their careers. Who knows what she does all day other than going from person to person, whining.
She did wear this curious but cool ensemble going God-knows-where until Blair called. Love this Malandrino kind of shearling wrap and I do love when long sweaters are worn under shorter leather things even though we were always told it was a big fashion no-no.

Catherine Malandrino shearling jacket
Catherine Malandrino cardigan
Paige Denim ‘Verdugo’ jeggings (I hate that word)
Michael Kors boots
VBH bag
Then she headed to yet another one of Chuck’s parties in yet another black boob dress where she continued to mumble and whine. And in the end, after all of that, she ended up ditching heart-broken Blair for Pedo Prof. When it comes to Serena, it’s brothas before sistas. She is not a girl’s girl. 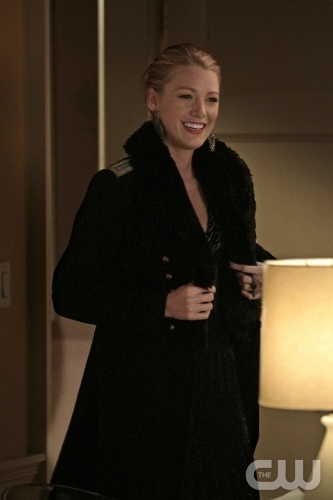 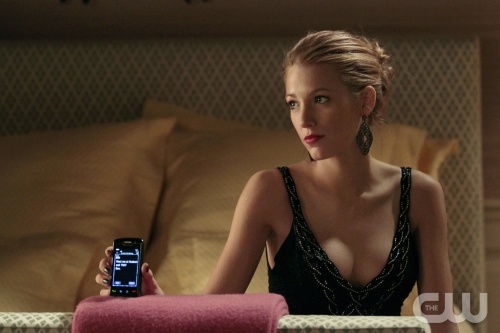 Ralph Lauren dress
Badgley Mischka earrings
Blair, on the other hand, is a ray of sunshine when it comes to this show. Her character has developed and grown since her Constance days. She is still aggressive, ambitous, and, at times, very fragile but no matter what she does, one can’t help but root for her. Plus she wears a gold Balmain blazer to the office! My kind of gal. 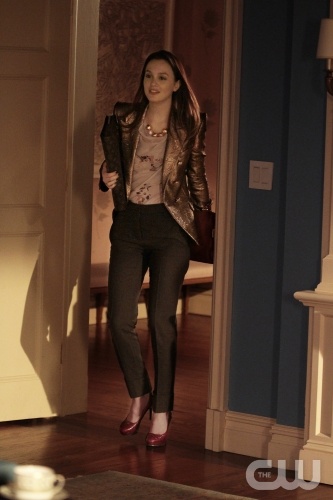 Balmain blazer
Stella McCartney pants
Diane Von Furstenberg blouse
Noir necklace
Miu Miu pumps
Not sure how an intern can go to the editor’s assistant in a couple of weeks but, whatever, I’ll overlook the realism of this show, as I have many times in the past. I suppose it’s as realistic as Chuck buying a strip (sorry burlesque) club at the age of seventeen or Rufus ever being a sexy rock star that had a line-up of groupies. She does dress the part.
I always found Blair to be quite a prodigy when it came to mixing patterns and this week is no exception. The tartan cape with the horizontal stripe skirt is just perfection for me. I hope we’re not going to fight about this. 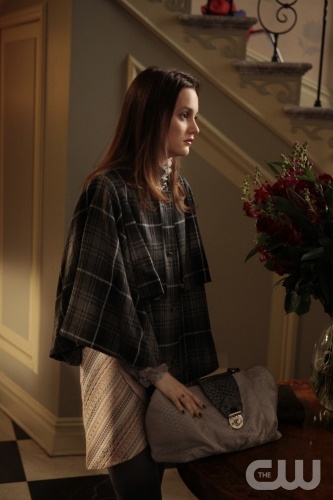 Joie cape
DVF blouse
Rodarte skirt
Lai bag
She opted for Marchesa for the evening. I’m a huge Marchesa fan provided that it is not strapless and princess-y. Hate those things! I may be reading too much into this (it is Gossip Girl!) but it was kind of a sad, melancholy dress. A dress that yearns for the kind of romanticism that Chuck had reserved for Reina that evening. 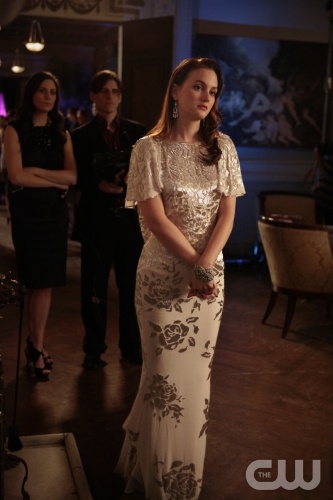 Marchesa dress
Swarovski earrings
Blythe bracelet
And finally, broken-hearted in a stunning silk Natori kimono with a chocolate heart box in hand meant for Serena, Blair ends up watching Rosemary’s Baby in bed with Dan doing the same thing in the ingenious split-screen shot that echoed the great ‘opposites attract’ films like Pillow Talk (if you haven’t seen it, it’s amazing) and, of course, When Harry Met Sally. 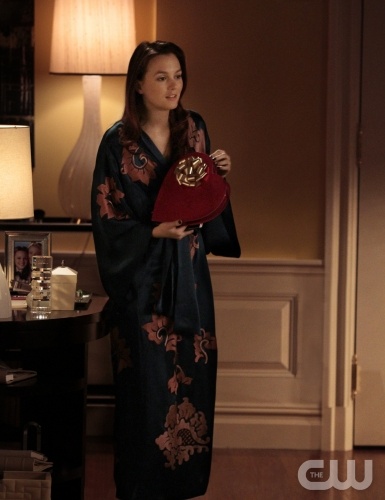 Natori kimono
May I say how much I’m enjoying Blair and Dan’s budding friendship/maybe romance? They are both kind of dorky in their own respective ways and intellectually superior to the rest of the gang. Kind of makes sense. But it looks like Vanessa is back to mess that up next week! Also, we need more Nate. He is so good-looking, he should be on screen all the time, even if he is just hanging out in the background. Oh yeah, there is that whole Eric/Damian thing. Yawn.

It Girl (How nice that they named this episode after me. I’m so honoured.)

PS. Special thanks to InStyle and Michael Kors for the tips!