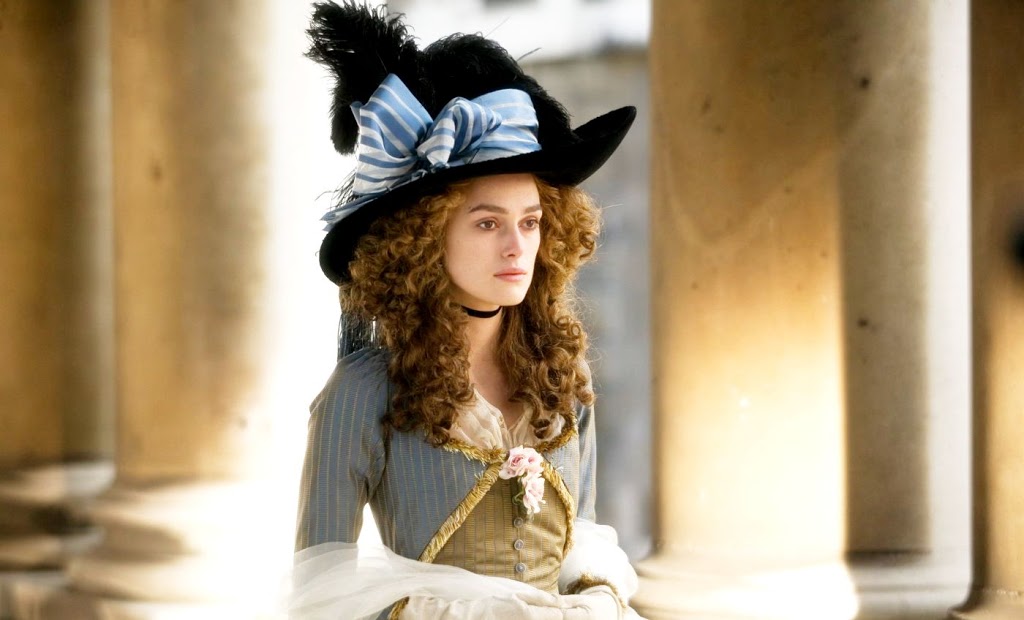 I love a great costume drama, and The Duchess (2008) is probably the most magnificent I’ve ever seen. Probably because it was a biopic of one of Great Britain’s first fashion icons, Lady Georgiana Spencer. Yes, you read right: Spencer, making her the great-great-great-great-aunt of Lady Diana Spencer.
For any costume designers with a knack for historical garb, this would have been a dream come true. And the genius that is Michael O’Connor captured Georgiana’s incredible flare through the spectacular Keira Knightley. 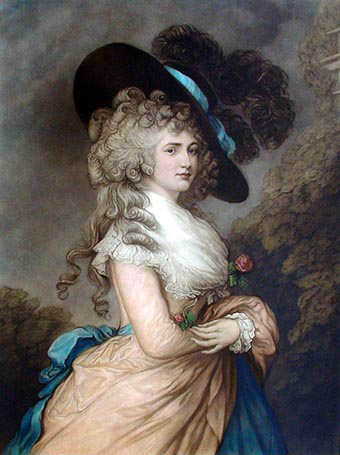 The Duchess of Devonshire by Thomas Gainsborough, 1787
Perhaps just as flamboyant as her friend Marie Antoinette, but a hell of a lot more popular with the people, in her time Georgiana was dubbed the “Empress of Fashion” by the press, often designing her own gowns and headpieces. In one scene, a ball attendee remarks: “When she arrives, all eyes are upon her. When absent, she is the subject of universal conversation. And what we see her wearing tonight, I look forward to seeing the rest of you wearing tomorrow!” 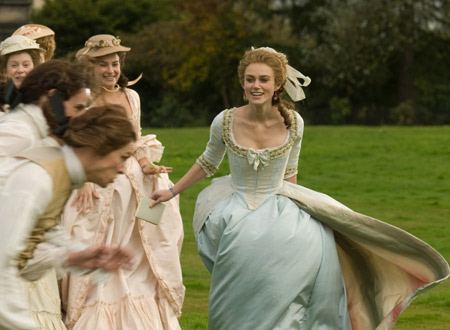 The film, directed by Saul Dibb, follows Georgiana from her carefree teenage years to her loveless marriage to William Cavendish, the 5th Duke of Devonshire (played by Ralph Fiennes), which resulted in multiple affairs by both parties and a very awkward ménages à trois. Throughout her life, Georgiana was actively involved in politics (and was somewhat of an early feminist) and spent her leisure time throwing and attending opulent parties. 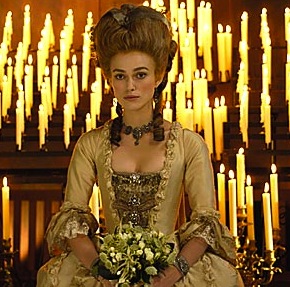 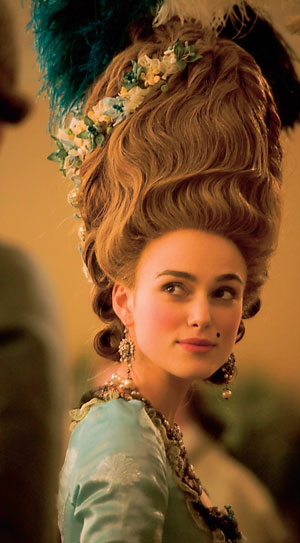 In the film, Keira Knightley went through 27 costume changes, from fairly “simple” and innocent ones worn before her marriage to outlandish ensembles adorned with gemstones, pearls, lace, feathers and fur, accompanied by such elaborate hairstyles that often reached three feet in height! Her hair and headpieces were Georgiana’s signature. She was often seen sporting large black hats. In fact, she made the style so sensationally fashionable, it came to be known as the ‘Gainsborough’ hat in reference to her portrait painted by Thomas Gainsborough. 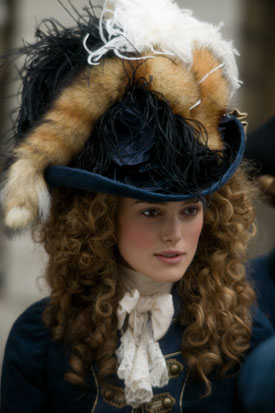 The Duchess’ millinery masterpieces were created by an English theatre and film hatmaker Jane Smith, who together with costume designer Michael O’Connor and hair designer Jan Archibald worked seamlessly to bring one of the most influential figures in 18th century fashion to life. 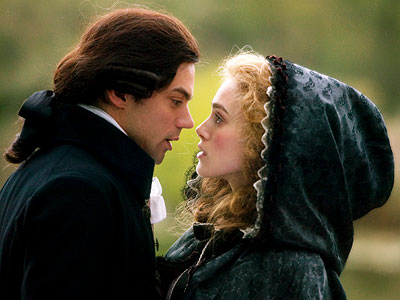 Aside from fashion, the film is superbly acted by Keira Knightley, Ralph Fiennes, Charlotte Rampling, Dominic Cooper and Hayley Atwell, and beautifully directed and photographed.
Have you seen it? What’s your favourite period drama? And who wants to make me a hat like that?