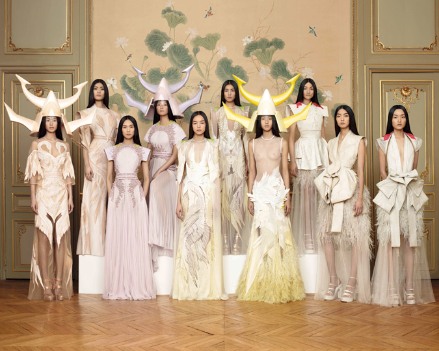 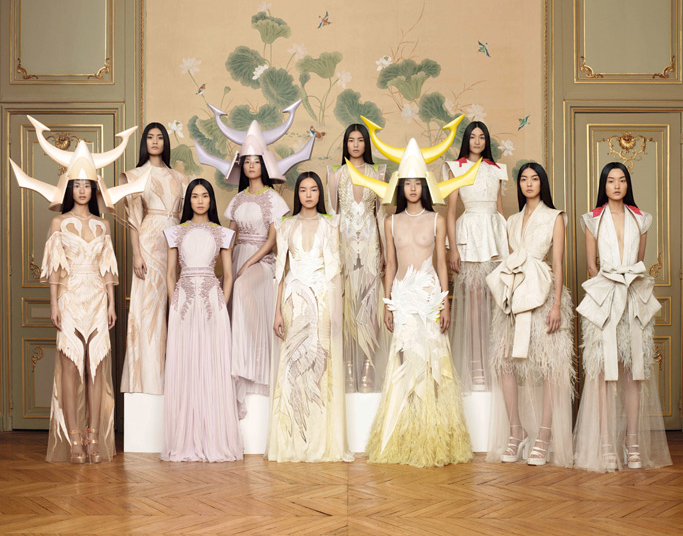 Couture is a term easily tossed around these days, like Juicy Couture or any Joe Schmo that makes dresses is his basement. It’s insulting to the fine art that is couture. Hand-beading a tacky dress doesn’t make it couture, okay?

In France — the birthplace of couture — to earn a right to the title of ‘couturier’ or the right to use the term ‘couture’ for branding or advertising, one must first become a member of the Chambre Syndicale de la Haute Couture. It’s not only tough to be accepted, but once the designer is in, they must follow certain rules to maintain their status. They have to design made-to-order garments for private clients, maintain a Parisian atelier with at least fifteen employees and present their collections twice a year for the Parisian press. In fact, there are only ten official members: Adeline André, Anne Valérie Hash, Chanel, Christian Dior, Dominique, Sirop, Franck Sorbier, Givenchy, Jean Paul Gaultier, Maurizio Galante and Stéphane Rolland. Some choose to run pretty small but reputable couture houses and some are global superstars. Along with the official members, there are also foreign members like Elie Saab, Valentino, Armani and Margiela. Then there are guest members like my favourite Alexis Mabille. And, of course, there are accessory members too, like Cartier, Van Cleef & Arpels, and Boucheron. So long story short: this term is not to be taken lightly.

It’s important to note how little fashion houses make from their couture line. Sure, it sells for a lot of money but it is also extremely expensive to make. The profits remain fairly low, if there is any at all. Let’s put it this way: most fashion houses make their money from mass-produced accessories and cosmetics (if they have a cosmetics line). Couture is created for two reasons: status and art.

It goes without saying that all the collections presented were breathtakingly beautiful in their own way. Chanel was Chanel, Dior was Dior, Elie Saab and Valentino were irresistibly feminine, Alexis Mabille showed his amazing potential as the next great couturier…. But the one that blew my mind was Givenchy. Inspired by Japanese anime culture and the famous butoh performer Kazuo Ohno, the collection was definitely the most beautiful blend of futurism and tradition. Painstakingly time consuming, one outfit required 2,000 hours of cutting and 4,000 of sewing according to style.com.

In the end, though the collection comes out of such a weird concept, it is actually extremely wearable (minus the full-frontal boob dress). After last season’s superb showing, many wondered how Riccardo Tisci was going to top it. I’m now worried how he will be able to top this! I would be living in fear everyday if I had to one up myself after creating something this stunningly beautiful. 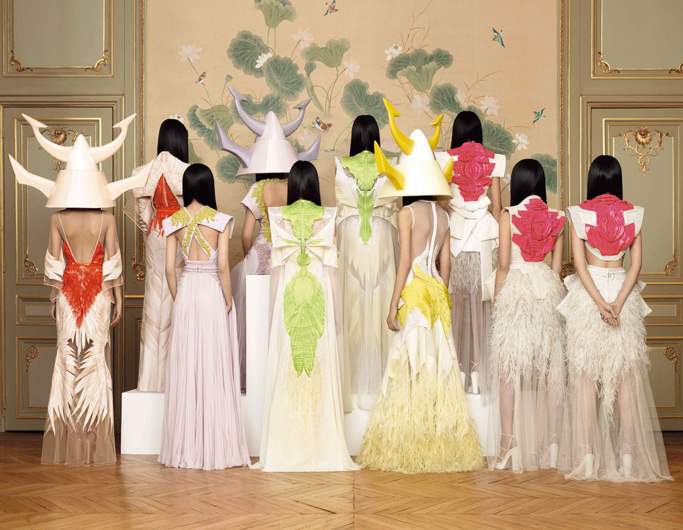 View the entire Givenchy Couture collection on style.com (warning: it may induce tears). For more on the business of couture, check out Searching for Style’s Fashion 101: How Haute Couture Works.