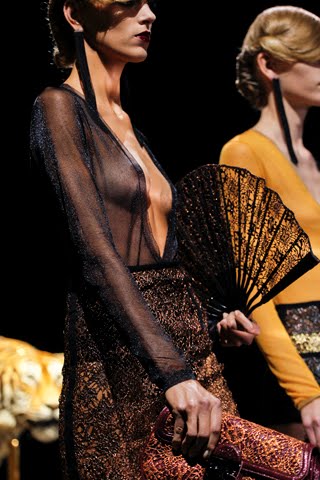 Louis Vuitton RTW S/S 2011
You’ll catch me butchering the French language when I get excited about all the fine things that hail from there: coq au vin, foie gras, fromage, cabernet sauvignon, Serge Gainsbourg, Lanvin, Chanel, Hermès and, of course, Louis Vuitton. And now, I can butcher “Maison Louis Vuitton” all the time since Vancouver will be opening one at the end of the year! Yes, the Louis Vuitton store has been here since 1996 but it wasn’t a “maison,” and will now be expanding to a two story, 10,000 square feet shopping heaven. A “maison” designation is very prestigious and there are only four in North America. A space within a space, Maison Louis Vuitton brings together all aspects of the brand: the iconic leather goods and luggage, a bag bar, accessories, current prêt-à-porter and resort collections, as well as gallery space dedicated to contemporary art and a VIP suite. 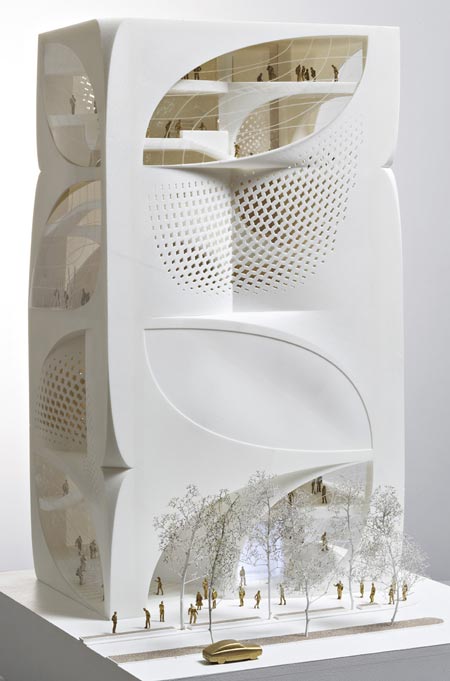 The final product may not be as spectacular as the one designed by UN Studio currently being built in Tokyo, but Vancouver will get its perks. In an interview with Daniel Lalonde, former president and CEO of Louis Vuitton North America, in their current issue, Montecristo magazine offers some insight into the iconic brand’s core values and the development of the Vancouver flagship. 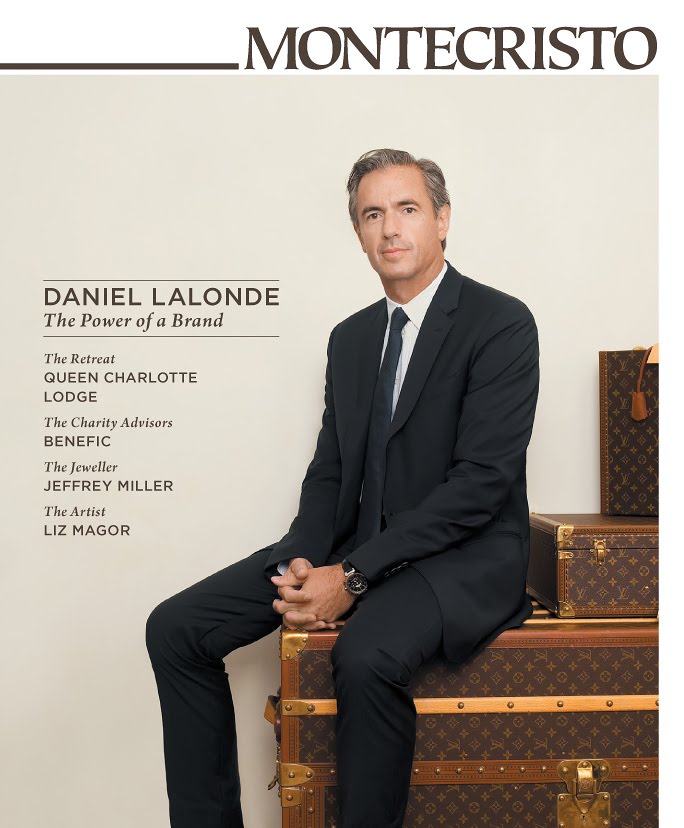 Daniel Lalonde on the cover of Montecristo (Autumn, 2010)

During his tenure with Louis Vuitton, Lalonde launched the “Core Values” campaign: an ongoing series of ads featuring international pop culture icons in inspiring surroundings (my favourite one to this day is of Francis Ford and Sophia Coppola). “For Louis Vuitton, such an organic brand, iconic, we wanted to refocus, on travel. That is what the brand was originally all about,” says Lalonde. He is right: we all dream of jet-setting with a full set of LV monogram luggage. But, as with every exciting brand, there are two sides of Louis Vuitton: the classic and the now. 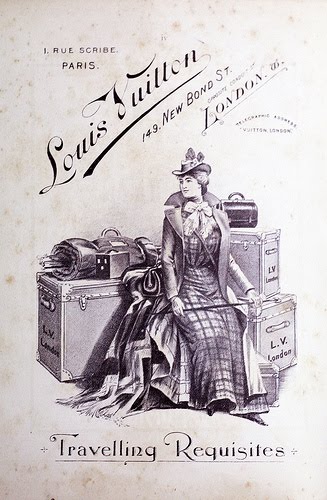 early 20th century LV luggage ad
We have Marc Jacobs to thank for “the now.” Keeping a century-and-a-half-old house relevant is not an easy task. Always keeping one eye on tradition and one eye on the hot, current and upcoming, Jacobs knows that the key to heading a contemporary brand is marking its relevance in the popular culture. This idea is exactly where successful collaborations with artists Takashi Murakami and Stephen Sprouse and conceptual projects with architects Zaha Hadid and Shigeru Ban grew from, not to mention exciting new ventures with the Louis Vuitton Young Arts Project. As with all Maisons, the Vancouver store will feature a commissioned installation by an artist, and Vancouver’s Steven Shearer — who happens to be Canada’s representative at the 2011 Venice Biennale — has been selected. This is no way a coincidence, as Louis Vuitton is always one or two steps ahead of the game: “This brand has an extremely long-term vision. It is now 150 years in length, and in some ways we look at the next 150… In terms of marketing strategy: we are on a continuum,” states Lalonde. 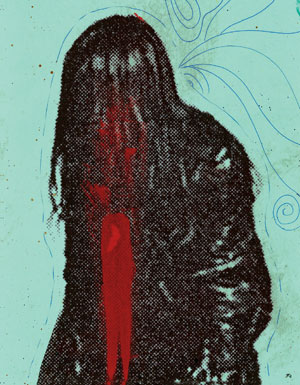