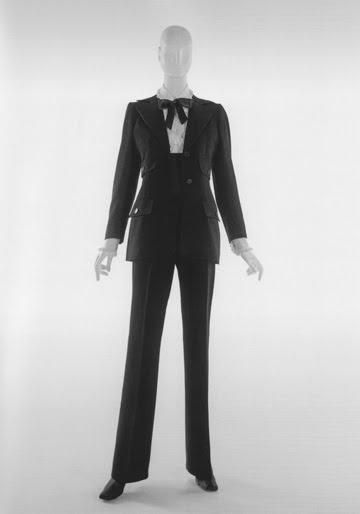 YSL “Le Smoking” F/W 1966 Haute Couture
I can’t think of a piece of iconic fashion that I would rather own more than Yves Saint Laurent’s “Le Smoking,” whether it’s Haute Couture or Rive Gauche (I’m not picky). First designed in 1966 for his F/W Haute Couture collection, this iconic piece is synominous with the Yves Saint Laurent aestethic: a modern, confident and chic woman. Lauren Bacall once said, “when it’s Yves, it’s the pants,” and I agree. She-that-wears-the-pants is not about androgeny, it’s about power and changes in female lifestyles. 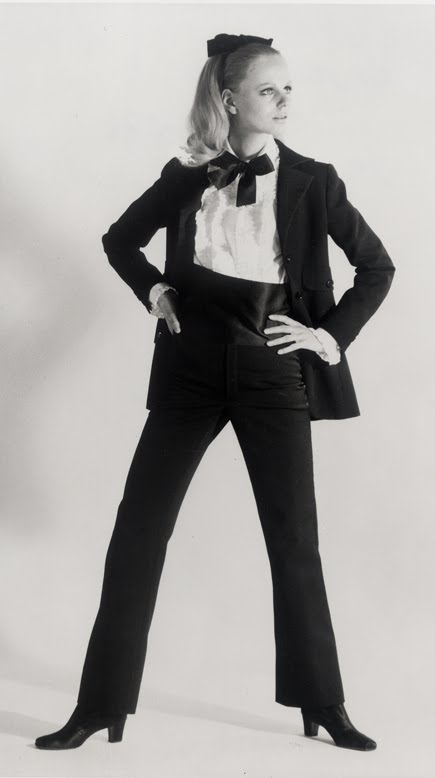 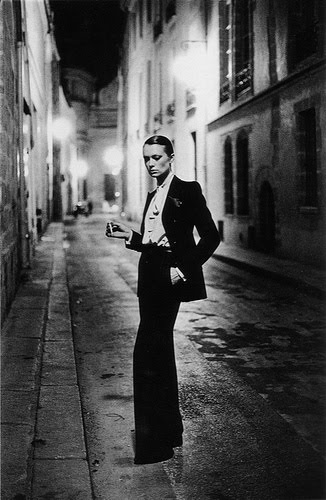 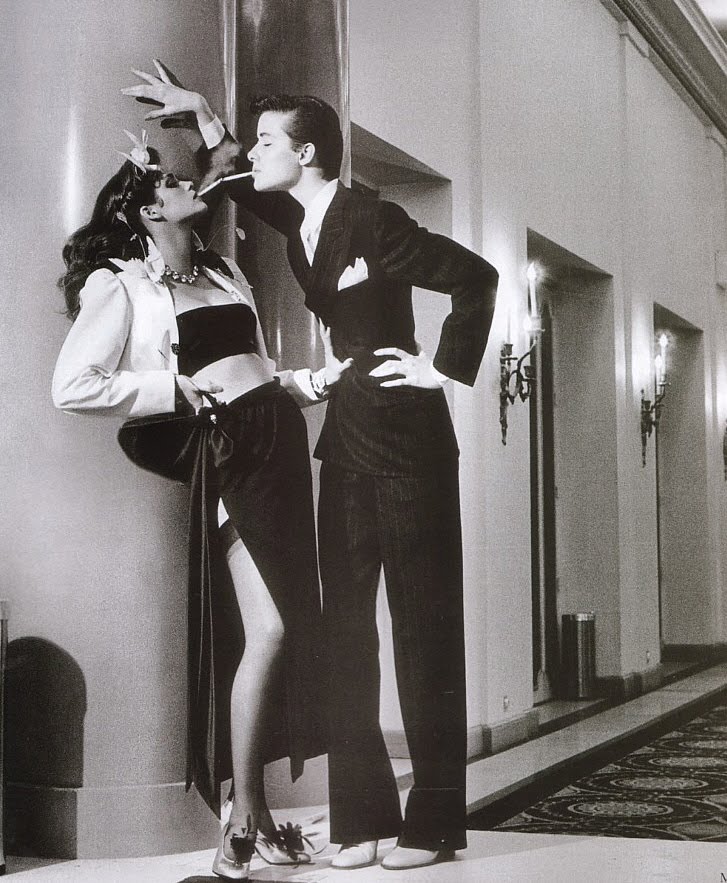 Gia Carangi and unknown model in YSL Rive Gauche photographed by Helmut Newton for Vogue Paris (March, 1979)
I’m going to share an interesting anecdote from my Yves Saint Laurent retrospective book. In the 1960s, Hélène Lazareff, founder and director of Elle, forbade her female staff to wear pants in their offices. It was very common at the time in Paris, London and New York to refuse entry to workplaces, social clubs and high-end restaurants based on how one was dressed. One evening, the legendary Nan Kempner, my idol, walked in to New York’s La Côte Basque restaurant wearing YSL satin “Le Smoking” pants with a long YSL tunic, and was refused entry! But staying true to her “I wouldn’t miss the opening of a door,” Nan simply took off her pants at the entry and proceeded to the restaurant wearing only a tunic as a very mini dress, which was, of course, for some very illogical reason, a perfectly acceptable “formal” attire at the time! Oh, how the world has changed…. 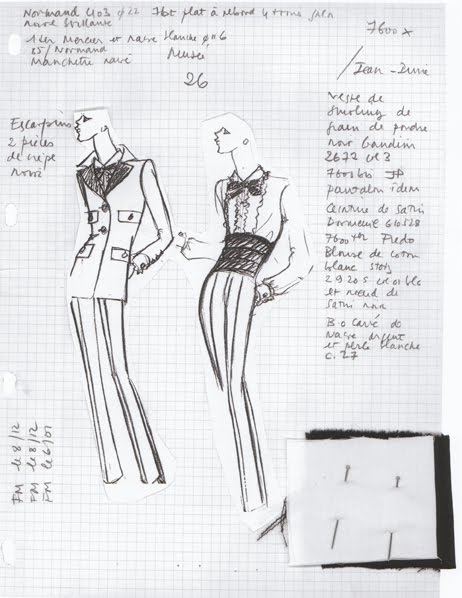 sketch from the S/S 2000 Haute Couture collection, inspired by the original 1966 design 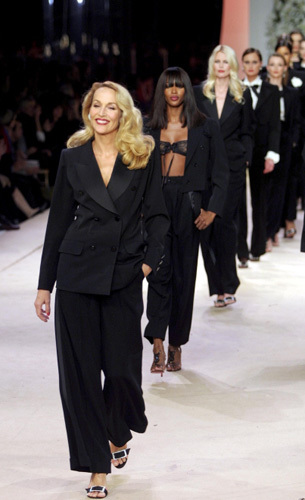 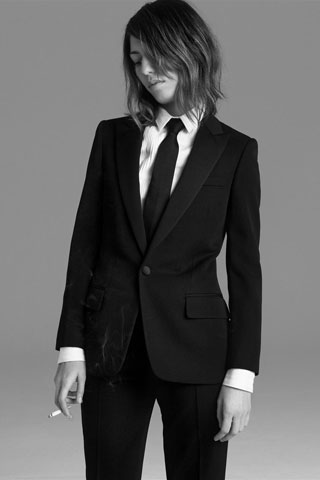 Sofia Coppola in YSL photographed by Inez van Lamsweerde and Vinoodh Matadin for Paris Vogue (January 2004)
I’m sure you are wondering about the price? It’s available upon request from YSL, of course, which probably means $5,000 plus.